Limited to 250 units, this Gallardo was named after Lamborghini test driver Valentino Balboni and to his request, unlike the contemporary line-up, the Balboni was rear wheel drive, reducing the curbweight by 30 kg (66 lb) to 1,470 kg (3,241 lb). The engine was rated at 550 PS (405 kW; 542 hp). Other features include re-calibrated optional E-gear transmission, redeveloped 45% limited slip differential, full leather black upholstery with white colour strips, Polar white centre console, a stripe down the centre of the car, and a badge below the left side window bears the signature of Valentino Balboni and the production number of the car. On right hand drive cars, the badge was located at the bottom of the right hand drive rear window. A special one off Balboni was created by the Singapore distributor of Lamborghini (Eurosport) which had Superleggera seats and a full Reiter Engineering Super Trofeo Strada body derived directly from the Super Trofeo series cars. This one off Balboni was viewed as the predecessor to the Singapore Edition limited run LP550-2 which had a stripped out Superleggera interior, Superlegerra side skirts, rear deck, rear diffuser and front bumper (sans Superleggera rear wing) but which critically was a 2wd car which catered to the enthusiast driver. Lamborghini claims the LP 550-2 Valentino Balboni can reach a top speed of 320 km/h (199 mph) and reach 100 km/h (62 mph) in 3.9 seconds. 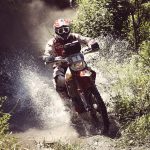 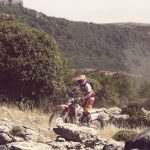