Lotus F1 Team have become the third team to reveal their car for the 2015 Formula One World Championship. The team revealed a set of computer generated renderings of their car on their website and Twitter earlier today.

Lotus technical director Nick Chester described the car, which is powered by a Mercedes hybrid V6 Turbo for the first time in the team’s history, as ‘a massive step forward’ from last year.

“It’s no secret that we struggled with last year’s car so we’ve targeted every area that caused us an issue,” he said. “We’ve made strong progress in the wind tunnel as well as in areas such as packaging and cooling. We expect the E23 to perform far, far better than its predecessor.”

Chester said the new power unit “looks to be the one area of the car which could bring us the greatest performance gain. It’s not just performance, but reliability and driveability as well as packaging and cooling too,” he explained.

The car, which will  be driven by the team’s unchanged line-up of Romain Grosjean and Pastor Maldonado, features a modification of their livery from last year along with the loss of it’s unique twin-tusk front nose as a result of the new regulations imposed by the FIA for this season. However, Chester also noted that the banning of interconnected front-rear suspension had also made life difficult for the team when designing the E23.

“We were delivered something of a blow last year when the front-rear interconnected suspension was outlawed mid-season,” he said. “The E23’s suspension design is specific to the updated regulations so we’re not trying to update a system originally intended to work a different way.”

“We learnt a lot in many areas of the car over the course of 2014 so there are many lessons which have been applied. We know we’ve made a big step. We won’t know how our car will fare in relative terms until we’re out in action at a grand prix, but we certainly expect to be much more competitive than last year.”

The team’s chief executive officer Matthew Carter expressed his hopes of a return to form for the Lotus squad, who prior to their disappointing season last year had been one of the quickest cars in 2013; taking 14 podiums including 1 win at the opening race of the season.

“We are full of optimism going into the new season. It is time to put the disappointment of last season behind us and benefit from 12 months of hard work; we are ready to return to our rightful place at the pinnacle of the sport.”

McLaren are the next scheduled team to unveil their 2015 car on Thursday 29th January followed by the launch of the 2015 Ferrari SF15-T the day after. Pre-season testing then gets under-way on Sunday 1st of February at the Jerez circuit in Spain. 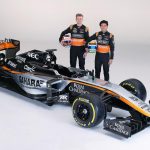 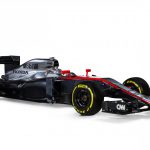