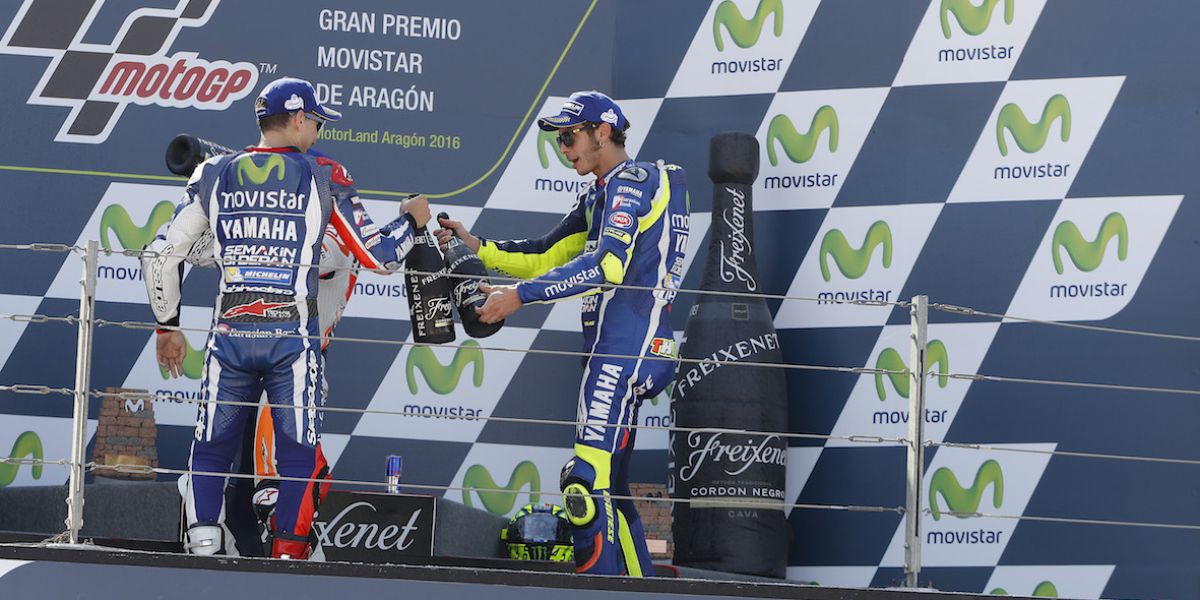 Having secured a solid double podium in Aragón a little less than three weeks ago, Movistar Yamaha MotoGP‘s Valentino Rossi and Jorge Lorenzo shape up for the triple-header overseas, starting at the home of Yamaha with the Grand Prix of Japan.

Rossi thoroughly enjoyed the close racing in Aragón and expects to continue his podium streak at the Twin Ring Motegi circuit as one of the key protagonists. The Italian has been successful at this track numerous times before. In the premier class he has been victorious in 2001 and 2008, scored second place in 2000, 2002, 2003, 2004, 2006, 2009 and 2015, and secured third place in 2010 and 2014. This weekend he has made it his mission to fight with the front-runners again to bridge the 52-point gap to the championship leader.

After closing the Aragón weekend strongly, teammate Lorenzo is also eager to get back into action at the Japanese track and he will aim for another top result this weekend. Over the last seven years, the Spaniard has climbed the Motegi podium seven times, winning the Japanese Grand Prix in 2009, 2013 and 2014, finishing in second place in 2011 and 2012, and securing third place in 2006 and 2015. This year he hopes to add another win to his tally and close the 14–point gap to his teammate.

The Twin Ring Motegi circuit was built in 1997 and two years later it was first visited by the MotoGP championship for the first time. The 4.8 km-long circuit instantly became one of the most exciting events on the calendar for motorsports fans thanks to thrilling racing action made possible by its stop-start character, tight hairpins and slight elevation changes over six left and eight right corners. Motegi was added to the MotoGP calendar in 2000 as the Pacific Grand Prix until it replaced the Suzuka Circuit as the host of the Japanese Grand Prix in 2004.

“We are now starting the last part of the season with the first of the three races overseas before the final round in Valencia. The team is looking forward to visit Motegi, it‘s a very special Grand Prix as it is Yamaha‘s home race. Motegi is a fast track with a stop-start nature. Vale and Jorge have both done very well here in the past, so we expect to be fighting for the victory again this weekend. As always we aim to fully prepare the set-up of the YZR-M1 on Friday so we will be ready for the battle on Sunday. The three fly-away races are always challenging for the team, we will be pushing non-stop these upcoming three weeks and we can‘t wait to get started”

“I love the three overseas races, these circuits are fantastic. On paper we are strong with the Yamaha, so I hope to fight for the victory. I‘m especially happy to go to Japan because it is the home of Yamaha and I will do my best to make it a good Grand Prix. I like the track and the atmosphere. I‘m in good shape and I’m ready for the three races in a row!”

“We now kick off the most different part of the season and maybe the most exciting because we face three races in a row and they are all overseas, so physically and mentally it asks a lot from you. On the other hand it is a nice adventure every time we go there. First on the list is Motegi and this track gives me great memories. I love Japan and I like a lot this circuit because of the people and for Yamaha and the other Japanese manufacturers this Grand Prix is so important. This is the real home race! The end of the championship is still quite far away so we need to continue to ride in the best way possible, be competitive and try to win again. It would be fantastic to do that at Yamaha‘s home Grand Prix” 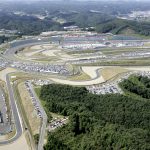 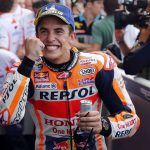