As we are almost ready to call it quits on this 2017 campaign, it’s now a good time to take a couple of minutes and review some of the best sporting moments and major sporting events in 2017. Even in such a difficult year for the political and social situation in many territories across the planet, sport is once again here to unite, rejoice and amaze the millions.
Find below our best picks for this 2017 in sports, in no particular order.

As always, feel free to comment or suggest your top sport moment via the comments below.

Maybe you are interested in biggest sports stories of 2016

1.Mayweather triumphs in “Fight of the Century” over McGregor

Biggest sports stories of 2017 so far   It’s hard to recall a more hyped, more marketed, more pumped up sporting event than the Mayweather-McGregor bout. The clash between the UFC star and the Michigan-born boxing World Champion quickly became a pop-culture affair, with the whole world tuning in on August the 26th to witness the “fight of the century”. Eventually, Mayweather came out triumphant to collect his 50th W and becoming the most successful athlete in the history of the sport. Also, he cashed in some 100-ish Million $. Ka-Ching.

Biggest sports moments of 2017   Not playing the parochial here, but Italy not making the cut for the upcoming Football World Cup is one of sport’s most surprising upsets in recent years. The “Azzurri”, who have won 4 World Cups, missed the qualification courtesy of a poorly played bracket and a loss against Sweden. Later this summer, when the planet’s finest will gather in Russia, it will be very strange not to see the tricolore flag.

Sporting moments of 2017   In 2017, the King of tennis has had one of the best seasons in his pro career. After a 6-month injury break, Federer proceeded to win the Australian Open, the Indian Wells’ Master 1000 and the Gerry Weber Open. But it was in Wimbledon that the Swiss painted his masterpiece. On tennis’ most important stage, Federer beat Cilic to take his 8th title on British soil, and collecting his 19th Slam win.

Top sports stories of 2017   After one of the most exciting MotoGP seasons in decades, Marc Marquez took home his 6th World Title. After a hard fought campaign, the Spaniard eventually triumphed over a fierce Andrea Dovizioso and increased his phenomenal winning streak. At only 24, the Repsol Honda rider conquered his 4th MotoGP title in 5 years. To make things even more exciting, Marquez stunned the crowd with a phenomenal save with just a few laps to go on the last race of the calendar.

Arguably, A.S. Roma’s Francesco Totti has been one of the most influential footballers of the last 20 years, not only in Italy. After wearing the red-and-yellow jersey for 619 official games (!!!), this summer the “pupone” finally drew the curtain over a magnificent career. The eye-watering speech Totti gave at the end of his last match, standing proudly in front of his home crowd at the Olimpico stadium was met like the salute of a national hero, more than a player calling it quits.

Biggest sports stories of 2017 Uk   Possibly the most eclectic athlete of all motorsports, Lewis Hamilton proved he still got it by clinching the 2017 F1 Championship. The Brit defeated arch-rival Sebastian Vettel and secured his 4th World title with 3 races still to go in the calendar. In the process, he allowed himself to snatch the record for most pole-positions from the hands of Formula 1’s most winning driver, Michael Schumacher.

7.NFL players take a knee to protest against President Trump

The NFL is one very complicated business, and a tough league to manage. But things took a further twist after President Trump publicly criticized former 49er Colin Kaepernick for not standing for the National anthem during the 2016 season in protest against racial discrimination. The almost-coral reaction of solidarity from players, coaches and staff around the country was immediate and fierce, with teams taking a knee or locking arms in every football field in America. “If Trump thought he could divide the NFL, he was wrong.”, a speakperson for the league told CNN

8.Antonio is top of the League, Chelsea win Premier

“Antonio Conte/does it better/makes me happy/makes me feel this way” has been a very popular chant among Chelsea fans during the 2016-2017 Premier League season, with the Italian manager doing little to play down his excitement in front of the roaring crowd of Stamford Bridge. Credit where credit is due, the former “cittì” completely transformed the Blues and, much like his compatriot Ranieri the year before, marched strongly to give his London side the most prestigious trophy in England.

Winners of the Fiesta Bowl Clemson Tigers and Peach Bowl winners Alabama Crimson Tide played for the College National Championship on January 9th in Tampa, Florida in front of a crowd of 75,000. And boy oh boy what a game it was, with the Carolina side coming back from a 14-0 from the boys in red. Eventually, with just one second on the clock, Clemson QB Deshaun Watson found Renfrow for the winning touchdown. The stuff dreams are made of. 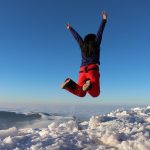