With its 26.000 employees, Atlas Copco is the Swedish multinational world expert in: compressors, civil engineering and mines’ equipment, industrial tools and assembling systems.

Part of the Italian division, Atlas Copco Italia, is the “Tools Division”, which distributes pneumatic and manual industrial tools to artisans and professionals.

Fausto Gresini’s company, Gresini Racing, has built up a 12-years knowledge and expertise, participating every year in the bike world championship and winning the title of champion of the 125’s category twice.

The team Telefonica MoviStar Honda in the 2001 championship in the 250’s category has also used the structure created by Gresini Racing.

The campaign RTR has organized for Atlas Copco as sponsor and official supplier for the 2001 bike world championship, will allow the company to achieve: 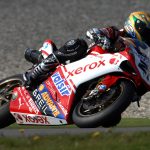 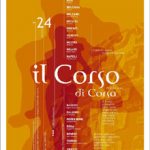