The age of F1 drivers – how they appear to be getting younger and younger, and in turn less and less prepared – is one that comes up time and time again.

The subject came up when 25-year-old Jaime Alguersuari announced his withdrawal from racing in 2015, his potential dried up too quickly after a career that was altogether too fast and without enough stops.

It came up again with the debut of Max Verstappen in the highest ranks of F1, after a half-dozen disasters caused by the aforementioned driver, who was seemingly incapable of surrendering to the laws of physics.

Finally, the discussion ignited again last year with the landing of 18-year-old Lance Stroll on the F1 circuit, which was followed by an injection of cash (partly from Stroll’s father, Lawrence) to rescue the troubled Force India business.

The announcement of Antonio Giovinazzi as an official driver of the Sauber Alfa Romeo Team alongside Kimi Raikkonen has also raised more than a few eyebrows. The doubt is over whether Antonio is already too old to be the first seat in F1. Or at least, whether at 25 he’s not young enough.

Obviously, it’s clear that youth and old age aren’t always reliable indicators of talent or success. Mozart wrote the Symphony in E-flat K16 at the age of eight, whilst Bukowski published his first novel, Post Office, at 52. Fleming discovered penicillin at 47, whilst Dalì painted his “Landscape of Figueres” at 10. Whatever it is, the concept of maturity is certainly a question to be debated – but to say a 25-year-old F1 driver is “no longer young” is perhaps a leap. Isn’t it?

Looking at the possible entry-list of the 2019 F1 championship, and making speculations on free seats and vacant positions, it turns out that the average age of drivers (at the time of writing) is 26. Ten are under the age of 25, including four who are younger. There are only five over-30s at the wheel, but it is not irrelevant to point out that in this category fall the top three in the world: Lewis Hamilton, Sebastian Vettel and Raikkonen.

It’s important to remember that in this list there are still Brendan Hartley (29 next year) and Romain Grosjean (32), whose fates have not yet been confirmed.

So Giovinazzi officially enters F1 at almost the average age of a driver, rather than being years younger. If numbers are everything, he’s already old – in a championship in which drivers four or five years younger than him have at least two or three years of experience, and in which his peers are practically considered veterans, at least.

Undoubtedly age is an extremely important factor for any athlete, because the sportsperson, by definition, makes body and physical prestige their main allies in any competition. Bill Knight, the founder of Nike, has said that “if you have a body you’re an athlete”. This is obviously false, and is clearly demonstrated by the increase in the level of performance in all disciplines thanks to modern nutrition, training and reading of data. Everyone has a body, but very few use it to become athletes. In this, every young person is more able than an old man. It is true in football, in athletics, and in F1. A young body recovers better from its efforts, is more reactive, easier to train, and allows for more room for improvement.

Although central, the athletic side of the athlete is of course not the only thing that matters. Character, experience, strong nerves and concentration are also fundamental allies, especially in sports such as motoring that require a high concentration for long periods and a strong emotional balance.

Running in the car at 300 miles an hour for two hours on a track on which, at the same time, another 21 colleagues hungry for results are going crazy, is something extremely testing for the psyche, as well as for the body. Also, moving between countries every ten days for nine months a year, in an attempt to repeat the same routine in Melbourne, Monza, Baku, Spa, Singapore, Abu Dhabi, Montreal and the rest, requires a very special approach to life – one that values emotional stability and resilience. All these things may become easier, the more mature the athlete is.

A point of arrival or a transit?

F1 should be a point of arrival, and not of transit, for a driver. The maximum series of open wheels is however instead becoming a sieve up to which dozens of drivers pass, many of whom are then relocated to DTM, Indycar, or Formula E (Discover Formula E Agency). Drivers of 20 or 21 are thrown into the mix for a year and labelled as “the new sensation”, before being thrown away, exhausted and unable to handle the pressure.

There are many names from recent years, but unfortunately we tend to forget them. From Vergne to Wehrlein, from Buemi to Bourdais – and so on. The question, without any malice, is whether it makes sense to take a 17-year-old boy, put him in the fastest car in the world, and give him a year to see if he is a champion. Is it right to let a driver in F1, who enters at the age of 25, worry about being old? Is it correct to use F1 not as the championship of the strongest drivers in the world, but as a Darwinian motor racing game that weeds out drivers who are still in their early twenties?

Obviously the answers is debatable: is Scott Dixon better than Sirotkin, or Marco Wittmann better than Marcus Ericsson, or Jose Maria Lopez a more solid driver than Stoffel Vandoorne? One thing is certain: in today’s Formula 1, characters are missing. That’s not saying we can always expect a Michael Schumacher, or a James Hunt – one of them is born one every hundred years, and good grace if you meet him. They are simply strong, solid men, even a little arrogant, and are certainly intense.

Opening on a not-quite random championship, that of 1989 demonstrates well what we are talking about. Senna, Prost, Alesi, Herbert, Patrese, Brundle, Arnoux, Nannini, Piquet – strong men, without politics, without whining, without psychological collapses, without existential crises.

It is possible that the process of lowering the age of access to the maximum categories has reached its “threshold”. In the same way, maybe these considerations are the result of the constant revisionism that always tends to calibrate the past with the present, forgetting that the units of measurement between then and now are not the same. Or, it is even possible that the truth is in the middle and that every age has the great champions that everyone remembers – as well as big names, quickly forgotten. Or maybe, we’re simply being old sclerotics here – waving our arms in the air, screaming that “back in my day” things were different. As with many things, only time will tell. 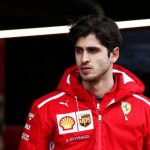 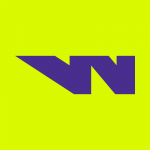 Women-only motor racing is coming in 2019 with the W SeriesCars, Formula1, Sports Marketing