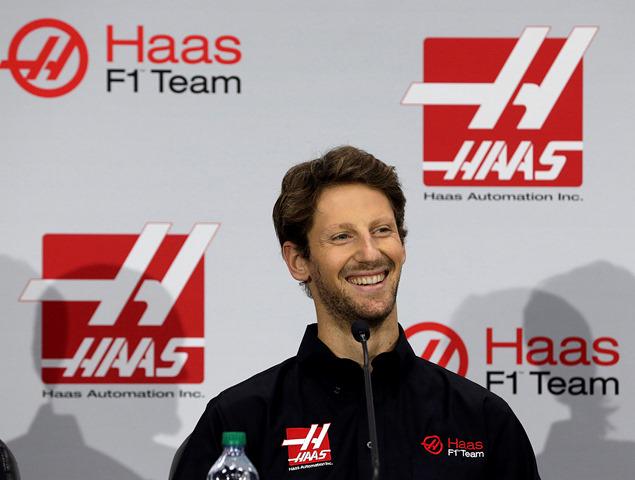 2016 newcomers Haas F1 Team have announced that one of their drivers will be Romain Grosjean. The Frenchman was confirmed by the team today at their headquarters in North Carolina in the United States. The team have yet to announce who will drive their 2nd car, but candidates include Ferrari reserve driver Esteban Gutierrez and Manor driver Alexander Rossi.

“What Gene Haas and everyone at Haas F1 Team is building is impressive, and I’m very proud to be a part of it,” Grosjean said. “Formula One is incredibly competitive and the only way to succeed is by finding new ways of doing things.

“This is a new opportunity with a new team that is taking a very different approach to Formula One. I believe in their approach and they believe in me. While I am committed to giving my absolute best to my current team in these last five races, I am very excited for what the future holds at Haas F1 Team.”

Grosjean started his Formula One career with Renault back in 2009, replacing Nelson Piquet Jr after his fallout with the team during ‘Crashgate’ in the 2008 Singapore Grand Prix. He was replaced for the next few seasons, before returning to the team, now called Lotus, in 2012 as the reigning champion of GP2.

Since 2009, Grosjean has competed in 78 Grand Prix, with an impressive 10 podiums coming from those races. His best run of form was in the latter half of the 2013 season, when he became Sebastian Vettel main challenger in the last few rounds of the year.

“We were looking for an experienced driver and Romain was one of several candidates,” said team founder Gene Haas. “He’s been in Formula One for many years, he’s been an excellent driver for team Lotus.”

“I reviewed a lot of video of his driving styles. One thing that was very impressive is the fact that he’s scored points almost every season and that’s really our primary goal here is to be able to score points. So I think as a piece of the puzzle he’s going to have a lot of work to do, he’s going to be our lead driver, we’re going to depend heavily on him to help us with our strategies with the car, with the race tracks and just the learning of the whole operations of an F1 team.”

Gene Haas also commented later in the press conference that he had learned lessons on how to enter a championship when he entered NASCAR a few years ago.

“The main ingredient is just stubbornness, not giving up and just keeping your head pointed forward and just taking your licks as you go,” said Haas, “NASCAR was certainly difficult, we spent five or six years in NASCAR and we were always in the back and it was a pretty grueling, tough experience. I can sympathize with a lot of the guys that run at the back, just how hard that is.

“It takes the right people to make things happen, the same thing with Formula One.” 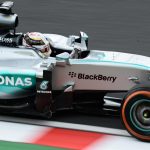 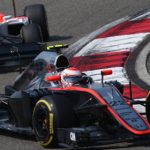