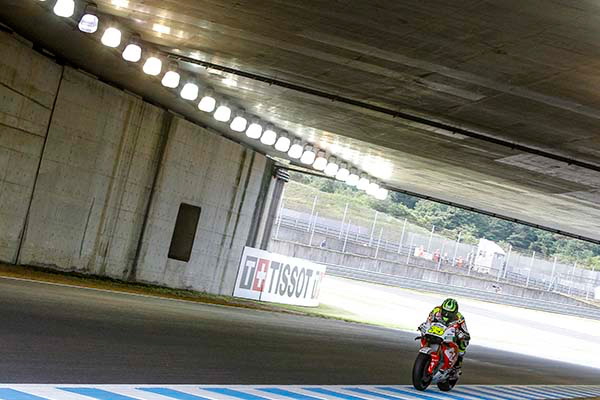 On the day that fellow Honda rider Marc Marquez clinched the world championship, Crutchlow overcame a slight error in the middle of the race to produce another solid showing which reinforces his position as the Best Independent Team rider of the standing (7th overall with 116 points).

Having started from fifth place on the grid, Cal Crutchlow was always looking to try and come on strong in the second half of the race. His plans were disrupted when he went off track near the halfway point, but he managed to keep his bike upright and return to the race.

The incident ruined his hopes of challenging for a podium spot but the Brit was quite satisfied with the final result. Now Cal and his squad will move to Australia for the sixteenth round of the calendar at the spectacular Phillip Island circuit.

“Today was a good finishing position for me and the team, but I made a mistake in the middle of the race. I ran the hard front tyre, which I believe was the correct choice, but it was really difficult to go fast at the start of the race. So I waited and looked to do a good job towards the end, which was always going to be the plan”.

“I believe I could have done that, but I ran off the track which complicated things for me. I lost eight or nine seconds on that lap. It was my own fault, but I managed to stay on the bike as I went through the gravel, which was the main thing. We still managed to finish in a strong position, but evidently we are a bit disappointed as we could have battled for the podium today”.

“The Team did a great job, though, and another top-five result is important for the second half of the season.”