Formula 1 is a very, very strange sport to debate competitiveness. With only 22 drivers to line on the grid, and with an immense amount of talent needed to simply make it to the sport, it is hard to grasp the very concept of “best”. Put any of these guys against the fastest driver you know and they’ll zoom past him without breaking a sweat.

Also, in a sport where the overall result is heavily linked to the quality of the vehicle, there will be times where the drivers’ merits are questioned or overshadowed by the performance of the car. This happened for example with Sebastian Vettel and the 4x World Champion Red Bull car, with critics quick to point out that the historic ride of the German was only made possible by Head Designer Adrian Newey’s vision and shrewdness.

Nonetheless, authorized personnel and F1 connoisseurs know talent when they see some and, although great cars and great drivers most of the times go hand in hand, we must tip our hat to greatness. So here’s our list of the top 10 Drivers in Formula 1 today.

Let us know if you agree or disagree on this one and why, via the comments below or via email at info@rtrsports.com. Also for more information on Formula 1 sponsorship and Formula 1 marketing, please make sure to visit our pages at this link. 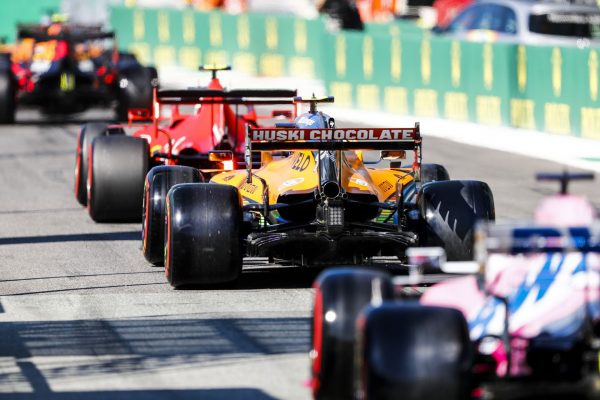 7 world titles, 96 GP wins, 3.800+ scored points, 5.000+ lead laps: if we stick to the cold, hard numbers we are today witnessing the greatest racing driver to ever grace our planet. But there’s more to it. If there can be debate whether Lewis is or not the GOAT, everyone agrees that Hamilton is there with Ayrton and Schumacher among F1 royalty.

Unbelievably fast and consistent, the Brit is one of the few drivers in history to win World titles with different Teams and makers, having conquered his first Championship at McLaren in 2008 and then six more with AMG Mercedes.

Verstappen must be on the podium on this list, even if he’s never won a World Championship and he has managed to take home “only” 10 race wins so far. But the figures fail to paint the correct picture of a true F1 star and a spectacular talent who somehow is still only 23 years old.

In this hybrid-engine era, one that’s been truly dominated by the Silver Arrows powerhouse, the Red Bull Racing man has been the only driver on the grid to ever jeopardize Hamilton’s supremacy.

It won’t be long until Verstappen eventually clenches that first World Title, be it on Christian Horner’s car or on another challenger.

Well well well, look what the cat dragged in. After a couple of years spent in the US chasing a long sought after Triple Crown, Fernando Alonso made his return to the pinnacle of racing this year with french outfit Alpine, former Renault.

Speaking of the Spaniard, somebody once said “Give Fernando a wheel and he’ll always be dangerous”. Alonso won 2 Titles for Renault in the Briatore era in spectacular fashion, showing the world what he was capable of in 2005-06 before moving to Ferrari. However, in the 5 years at Maranello, the Scuderia just couldn’t put together a car that could match the unbelievable RBs and Fernando lingered as Italy’s worst kept secret.

Now he’s back and Alpine’s first spin onto the Barhain track is there to prove how talented this man still is. He’ll be fun to watch. Or to listen to on the radio.

In 2019, Formula 1’s wonder boy signed the biggest contract extension in the history of Ferrari and will stay in the Italian Motor Valley until the end of 2024. Ferrari have believed in the Monaco driver since the early days, first signing him for their Ferrari Driving Academy program and then vouching for him with Haas for a third driver role in 2016.

Eventually the youngster made his way up to the Scuderia and ended up winning two races for the prancing horse: a spectacular back to back in Spa and Monza after which the now-famous FIA investigation began.

A huge Valentino Rossi fan -and that’s the reason behind his yellow lid- Lando Norris is well known both for his antics and for his speed. In 2018 Bristol’s finest scored an impressive 2nd overall in the Formula 2 Championship with Carlin Motorsport before being promoted to McLaren.

After a difficult rookie season in 2019, Last year, Norris had a remarkable start to the season, with a podium finish in Austria and a good 5th place in Styria and Great Britain and managed to finish 9th in the final drivers’ championship.

Now, at just 21, he’s kicked off his third Formula 1 season with a bang, scoring a 4th place in the opening race in Bahrain. Despite all the laughs and the social media banter, Give lando a fast car and he’ll prove he means serious business.

If there’s something Formula 1 has been great at in the past years is fostering a generation of talented and fast young drivers. Hailing from King’s Lynn, George Russell won the 2018 Formula 2 Championship and was then given the first drive at Williams, where unfortunately he could never find a competitive car.

The one-in-a-lifetime chance came at last year’s Sakhir race when AMG Mercedes chose Russell to replace Lewis Hamilton, who had contracted COVID. Russell showed impressive pace in the Silver Arrow and scored 2nd in quali. When the lights went green on Sunday, George took the lead of the race and opened a gap to the rest of the pack, sailing towards a well deserved maiden victory. Too bad the pit crew at Mercedes messed up big time and destroyed the young brit’s dream. But the man had proved anyone what he was capable of.

Famous for the, erm, infamous “shoey” celebration and for an extravagant personality, Ricciardo stays true to the Australian racing tradition displaying a gentle, very soft drive mixed with the right amount of aggressiveness when needed. Think Mark Webber, Casey Stoner or Jack Miller.

After 8 years spent under the wings (yes, pun intended) of the world’s famous energy drink, Daniel walked the Renault path for two years and then steered towards Woking to join McLaren alongside Lando Norris.

Ricciardo, who eventually finished fifth overall last year, now has a very competitive MCL35M to drive. His main rival, as usual, is in the same garage, as the McLaren pair get warmed up to fight as third best constructor in the championship.

Even after winning an historic Grand Prix for Racing Point last year, Sergio Perez was told to tell his story walking, as the Pink Panther went under major revamping to become Aston Martin Formula 1. Perez, who was replaced at Lawrence Stroll’s court by 4x Champ Sebastian Vettel, eventually got a late call from Red Bull who got tired of Alex Albon’s inconsistency.

The mexican is a fast driver and a fierce competitor: this year he will be driving possibly the fastest car of the pack, but also a car that’s benne developed and polished in grand Verstappen’s fashion. Like in all good stories, it’ll be zero or hero.

“Pierre Gasly wins the Italian Grand Prix” echoed the voice on the telly as the checkered flag was shown under the Monza Sky. Ah, what a year Gasly has had: from being demoted from Red Bull to winning in Italy with Alpha Tauri in just 12 months.

The Frenchman sported a newfound confidence after being ushered to Faenza and finished 10 overall in the Championship in 2020. It’s no secret that he will try and fight his way up to get that Milton Keynes seat again. Unless, of course, some french team with a blue car shouldn’t find themselves with an opening for the next future.

Who doesn’t like an underdog. Possibly, Valtteri Bottas is sitting in the sport’s most difficult seat, with a 7x world Champion teammate who’s also a fashion star, a social media icon and a symbol for race equality. In a world where claims of “there are number twos” are aplenty, poor old Valtteri is without a shadow of a doubt the number two.

It’s a shame though, because the Finn is mega quick (he scored 186 points in a Williams in 2014) and has driven a very consistent career from 2012 onwards. Also, despite the non-glamorous attitude -which is very Finn, by the way- he’s a 2x F1 vice World Champion. Which still looks pretty good in your driver’s resume.

Top of the Pops

Wait, what? No Kimi Raikkonen? No Sebastian Vettel on the list? Are we really going to leave out 5 world Championships and rather have Pierre Gasly? Yeah, we feel you. And while the can be little doubt that the Iceman and Seb deserve a place among the greatest drivers of all time, we also feel they are far from their prime. Talent doesn’t wash away, that’s for sure, but Formula 1 has changed quite a lot in the 20+ years Kimi has been racing and this is a merciless business if you’re not given a quick car (erm, 2020 Ferrari anyone?) It’d be good to see them back on the podium again sometime this year. If only to prove us wrong.

Don’t agree? Hit us back at info@rtrsports.com 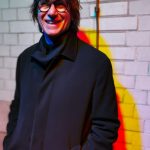 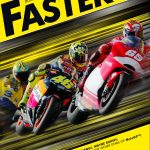