Let’s be honest: here at RTR there are many gamers. From FIFA fans to GTA maniacs, we’re pretty nerdy and generally don’t miss our daily dose of keyboards and joypads. This is why we are so thrilled to have contributed to the birth of the partnership between the GameStop, the videogames paradise, and our friends at Gillette.

Gillette, the famous blades of the P&G family, will give away thousands of Gillette Fusion ProGlide samples via the GameStop network – both digitally and physically.

After receiving a coupon via email, GameStop customers and video game enthusiasts were able to go to the nearest GameStop store and pick up their Gillette razor for free. Furthermore, with the same coupon, consumers could also benefit from a 10% discount on all GameStop-branded products and merchandising. Further Buzz was created online, where sponsored Facebook posts brought more than 600,000 target people to see the promo.

Thus Gillette was able to have its razor tested by thousands of new consumers and GameStop has improved their instore visits.

Not bad for us gamers 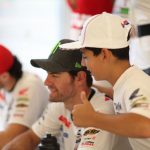 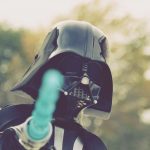 SIFI at Lucca Comics and Games 20172017, Events, Tours and In mall Promotion, Sifi