While I am writing this post, the Azzurre – the Italian female blue-dressed volleyball team – are playing the final of the volleyball world championship against China. This proves that we do have a volleyball movement, it is in good health and, what is more important, it is producing extremely interesting results for our colours.

Let’s draw a line and make a comparison. Almost at the same time as the volleyball final, the free practice sessions of the MotoGP in Japan are about to be concluded on the Motegi  circuit. Due to cynical and treacherous weather conditions, the riders have hit very miserable timing and the fastest riders have even decided not to run the session and wait for sunnier days. Sunday morning, on the Honda-owned track, Marc Marquez will serve for the first match point of the 2018 Motorcycle Racing World Championship. If he serves an ace, the alien from Cervera will win his 7th world championship 3 races ahead of time. Same destiny for the Formula 1 championship in the US. The major 4-wheel championship came to a far early end after the Grand Prix in Germany when the presumed competitive edge of the Maranello Team was initially equalled and then largely exceeded by Hamilton and his fellow friends. Game over, this year too – this is quite miserable to say for a Ferrari fan like me.

As is increasingly evident, competitiveness building is the actual challenge of modern sport – and a great unknown factor at the same time. In today’s multi-faceted scenario of entertainment, organisational committees and sport managing bodies are increasingly faced with the need to organise championships, leagues and tournaments characterised by an unpredictable and fierce  fight for the top positions. Directly speaking, we need true races (or matches) if we want to prevent the target audience from moving away and go for other disciplines or championships.

The theory of sports marketing teaches that one of the so-called “secondary characteristics of sport products” must be unpredictability, as Mullin, Hardy and Sutton suggest. Unpredictability distinguishes sport from many other highly popular modern forms of entertainment such as the cinema, music and the theatre. Finally and in easy terms, one of the features that make sports exciting is the fact that you never know how a race/match will end, which marks the big difference with movies, theatre plays or music songs.

Linking the statement above to Formula 1, over the past decade very few racers and very few teams have had the opportunity to bite the big cake leaving the others with crumbles. The technical, economic and organisational gap between the cars taking the first two or three lines in the grid and the rest of the group has resulted in a two-speed championship which has very often ended up in exhaustingly boring races where the cars line up like the wagons in a train and in wearing processions. Although it may sound like a joke, there is an element of truth in saying that Mercedes and Williams are not even practising the same sport.

The pursuit of competitiveness or unpredictability, which will be the keystone for the success of one sport discipline or another in the future, has compelled the championship steering bodies to make diversified and multi-faceted decisions, with different responses given to one single issue.

In the past, the NBA, the professional American basketball league, tried to contain the superpower of the most prestigious franchises by gradually introducing the salary cap (i.e. a limit ceiling for expenses not to be exceeded) and the idea of reverse draft, according to which the new top players eligible to enter the league were drafted for the weaker teams. Although this method worked – and it somehow still works -, it did not succeed in impeding the creation of dynasties that are difficult to contain, such as the Jordan’s Bulls in those days or the Warriors of Curry, Durant and their fellow mates in more contemporary times.

Other sports organisations such as MotoGP have tried to build competitiveness through a system of technical rules whose ultimate goal was to have vehicles with aligned performances over the years. Ducati, Suzuki, Yamaha and Honda now have highly competitive prototypes which can help their riders win the podium quite regularly after spectacular races and memorable fights. Some may argue that Marquez wins them all, which is true, but at least he earns his keep.

Another example is provided by the World Superbike. An experimental “reverse grid” system has been put in place where the winner of the first race in the weekend starts in tenth position, the second starts in ninth position, the third in eighth position, and so on. The British Touring Car Championship follows a random draft system to determine the positions of the starting grid. These are only some of the many examples we could draw.

As regards marketing, competitiveness is a new strategic asset to conquer for sports organisations and sports decision-making bodies. The main challenge in the past was to increase awareness of and accessibility to sports disciplines and to expand the potential target. Today the challenge clearly is to find ways and forms to encourage the target audience to loyally follow a sport. If the audience has the opportunity to potentially watch all sports events at any time, they will progressively decide to only follow the disciplines which are more fun and spectacular.

Football is a very good example with this respect. The major leagues in the old continent are more or less dominated by one or two clubs, with no other team following in their wake as they are basically unbeatable by most contenders (this being the main reason why the debate is more often focused on the number of goals scored than on the result). This is the case with Juventus in Italy, Bayern in the German League, Paris Saint-Germain in France, Manchester City in England or the ever competing Spanish duo Real Madrid-Barcelona. All these teams monopolize the audience levels and polarise popularity, as a result of which newsworthiness gaps are created with all other sports and great issues are raised for the movement. Figures can be more explanatory than words in this context. According to data sourced from AGB Auditel, the audience watching the first match of the 2017/2018 championship between Juventus and Cagliari equalled 1,310,681 viewers. The total for the match between Bologna and Torino on the same day was limited to 75,000. Although it is pretty fair to state that soccer is the most popular sport in Italy, it is equally true that a very large majority of this popularity comes from one team only.

In straightforward sponsorship terms, the other side of missing competitiveness is under everybody’s eyes: investments are focused on the most appealing properties, leaving the other players in the group with a bunch of cents only.

Building or re-building competitiveness is the actual and main marketing challenge for the future of each and every respectable sports organisation. The far from being remote risk is that only two or three leagues will be left, i.e. those capable of offering a high level show with unpredictable results. What about the others then? Oblivion seems their inevitable destiny.

Liked this post? Do not miss the chance to share it, or get in touch with us at info@rtrsports.com 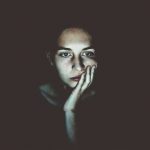 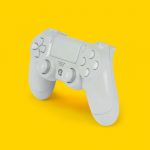