The 2014/2015 Formula E world championship is unique in the fact that it races entirely on street circuits in some of the world’s most famous cities.

The championship will get under-way this weekend in Beijing, China. The circuit is situated around the city’s iconic Bird’s Nest Olympic Stadium. A combination of 90 degree left and right turns, tight chicanes and long straights will make the circuit ideal for overtaking. The pit-lane will also be a unique challenge, as it features a U-shaped bend in the middle. Here is Audi Sport Abt driver Luca Di Grassi’s thoughts on the Beijing circuit:

“The Beijing track is an amazing facility. For the drivers, it will be a tremendous challenge to learn the limits of this track quickly, as well as to understand the best overtaking opportunities. The most obvious places are likely to be Turns 1, 2, 6, 19 and 20. The circuit will also require lots of traction and braking stability, while the energy recuperation at braking zones will help to stabilise the car. Also, it will be our first ever race, so all the drivers will be raring to go! The pit lane is also unique and requires some special practice to get right, also because drivers have to switch cars in their pit box.”

The championship then heads to Malaysia’s Putrajaya circuit, a 2.5km, 12 turn circuit featuring a combination of different corner styles. 2 long straights to aid slip-streaming, as well as long sweeping corners and tight hairpins will make for an interesting race, a thought shared by Audi Sport driver Daniel Abt:

“Malaysia is a very special country for racing. The track layout looks very interesting and has a lot of different corners. You have a chicane at Turn 1 after the main straight which gives a good first opportunity for overtaking and slipstream battles. Then you have a mix of slow and medium speed corners which is good for keeping the field very tight and will ensure close racing. I think the next very good overtaking spot will be T6 which is in front of the Fan Zone and should give the spectators a great view of the action. T9 meanwhile reminds me of the very tight hairpin at Macau. All in all the layout looks really promising and will for sure provide great racing.”

December see’s the drivers head to South America for the Punta del Este circuit in Uruguay. The tight and twisty circuit previously used for Touring Car races is often referred to as the Monaco of South America. The 2.8km circuit features a backdrop of the Playa Brava beach and is made up of medium straights and tight corners. Juan Manuel Lopez was the circuit South American to test a Formula E racing car. He gave his thoughts on the Punta del Este circuit:

“It’s a very nice location, next to the sea and the beach. I think the best overtaking places would be in the first chicane after the start/finish straight and in Turn 5 under braking. There are many places where the track is not that wide too, so it’s going to be a place where you really need to keep your concentration. The surface of the road is very different in places, meaning there is more grip in certain parts of the track, but the Formula E cars are well prepared for that kind of transition. They run very high off the ground and with a bit of work on the set-up it will be ok.”

The championship remains in South America for the start of 2015 at the Buenos Aires Circuit in Argentina. Former F1 driver and Mahindra Racing Formula E driver Bruno Senna gives his opinions of the track: “Looking at the track, you have to say it’s got a good combination of corners. There’s a chicane, some high-speed turns with a change of direction and slow-speed as well. It’s impossible to tell from the map about undulation, but I think that it could make for an interesting race and it will be fun to drive. I think the main overtaking point will be into Turn 1 under braking, or maybe into T4 or even T5. T7 is a possible passing point too, so it does lend itself to some potential overtakes, but we’ll have to see when we get there.”

The next round on Valentines Day 2015 has not yet been announced. The round following this in March will see the drivers take to the streets of Miami. A number of host cities, like Miami, have been confirmed, but have not had their route finalized as of late. Updates on the routes of all the unconfirmed Formula E circuits will be announced here on RTR Sports in due course.

April will see the drivers head to the famous Long Beach, a site usually known for it’s current IndyCar and past Formula One events. The east circuit will be used instead of the full, but Long Beach will still remain a challenging event on the Formula E calendar. Formula E ambassador Gil de Ferran gives us more information on the 7th round:

“Long Beach is an iconic track. It is the most famous street circuit in North America and is a little bit of a tradition in American motorsport. It says a lot for Formula E that it is racing at such a venue. The track layout Formula E will use is more similar to the old layout than the current IndyCar version. It’s obviously a little bit shorter, but the southern end of the track is the same as it’s always been and it’s a very interesting part of the circuit with the famous hairpin leading into the straight. There’s a lot of time to be gained or lost at that end of the track – and I speak from personal experience!

“Also the two right handers at the north end of the track, especially the one at the end of the straight (turn 5), will provide great passing opportunities. The whole layout looks very ‘racy’. With the exception of one corner in the southern end, Long Beach is super wide, which is why traditionally you have such good racing there, because people can get side-by-side. It’s going to be interesting to see from a strategic perspective where the drivers are going to make the use of the boost to overtake each other. If you make it on one straight you can be attacked back on the next straight, so that’s going to be fascinating.”

From one historic circuit to another, the Formula E circus heads to the streets of Monaco, just a few weeks before the the famous Formula One Grand Prix. It is likely that the race will take place on the Grand Prix layout, but this remains unconfirmed as of yet. The final two rounds of the season also have unconfirmed circuit layouts and will see the season come to a close in Berlin and London.

Tomorrow’s fourth and final part of the RTR Sports Formula E season preview will see us take a closer look at the teams and drivers who will take to the circuit this weekend for the inaugural round. 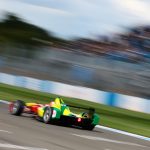 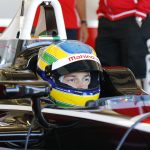