McLaren driver Fernando Alonso will miss the season-opening round of the 2015 Formula One World Championship after a crash during pre-season testing. The Spanish driver suffered a concussion after an unusual crash which knocked him unconscious at turn 3 of the Circuit de Catalunya. He spent two nights in hospital following the crash, before being advised by doctors to not rush back into the cockpit.

“Having performed an exhaustive series of tests and scans – some of them as recently as yesterday evening – McLaren-Honda driver Fernando Alonso’s doctors have informed him that they find him asymptomatic of any medical issue; that they see no evidence whatsoever of any injury; and that they therefore describe him as entirely healthy from neurological and cardiac perspectives alike.” said the team in a statement released today,

“However, Fernando’s doctors have recommended to him that, following the concussion he sustained in a testing accident at the Circuit de Barcelona-Catalunya on February 22nd, for the time being he should seek to limit as far as is possible any environmental risk factors that could potentially result in his sustaining another concussion so soon after his previous one, so as to minimise the chances of second impact syndrome, as is normal medical procedure when treating athletes after concussions. In order to limit those environmental risk factors, specifically, his doctors have advised that he should not compete in the imminent Australian Grand Prix meeting, which will take place on March 13th, 14th and 15th.”

McLaren have already announced that reserve driver Kevin Magnussen, who raced for the team in 2014 and scored a podium in his first Grand Prix at Albert Park, Melbourne, will replace Alonso for the event before handing the car back to Alonso for the Malaysian Grand Prix two weeks later.

“Fernando has understood and accepted that advice, and the two McLaren-Honda cars will therefore be driven in Australia by Fernando’s team-mate Jenson Button and the team’s test and reserve driver Kevin Magnussen,” the Statement continued,

“Fernando’s doctors acknowledge that he feels fit and well, and that he regards himself as ready to race, and, that being the case, they are comfortable with the fact that he has already recommenced physical training, with a view to preparing for a return to the cockpit of his McLaren-Honda car for the Malaysian Grand Prix meeting on March 27th, 28th and 29th. Indeed, his doctors are supportive of that ambition, satisfied as they are that he sustained no damage whatsoever during his testing accident on February 22nd.

“All at McLaren-Honda fully support Fernando’s decision in respect of his doctors’ advice.”

McLaren revealed shortly after the crash that they believed windy conditions were to blame for the accident rather than mechanical failures or electrocutions:

“His car ran wide at the entry to turn three – which is a fast uphill right-hander – allowing it to run onto the Astroturf that lines the outside of the track. A consequent loss of traction caused a degree of instability, spitting it back towards the inside of the circuit, where it regained traction and struck the wall side-on.” said the team at the time,

“Our findings indicate that the accident was caused by the unpredictably gusty winds at that part of the circuit at that time, and which had affected other drivers similarly (e.g. Carlos Sainz Jnr). We can categorically state that there is no evidence that indicates that Fernando’s car suffered mechanical failure of any kind. We can also confirm that absolutely no loss of aerodynamic pressure was recorded, which fact indicates that the car did not suffer any aerodynamic loss, despite the fact that it was subjected to a significant level of g-force. Finally, we can also disclose that no electrical discharge or irregularity of any kind occurred in the car’s ERS system, either before, during or after the incident.

“That last point refutes the erroneous rumours that have spread recently to the effect that Fernando was rendered unconscious by an electrical fault. That is simply not true. Our data clearly shows that he was downshifting while applying full brake pressure right up to the moment of the first impact – something that clearly would not have been possible had he been unconscious at the time.” 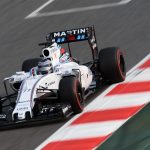 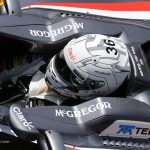