Lewis Hamilton has won the 2015 Italian Grand Prix at Monza. The British driver led every single lap and won by over 20 seconds, but after the race the result was called into question after a potential penalty for illegal tyre pressures. Team-mate Nico Rosberg retired from 3rd place within the last 5 laps after his engine expired.

The atmosphere was electric at the Autodromo Nazionale di Monza as the start of the Grand Prix approached. The fans were hoping that the Ferrari drivers in 2nd and 3rd could vault pole-sitter Lewis Hamilton on the run down into turn 1.

The lights went out and the hearts of the Tifosi sank. 2nd placed Kimi Raikkonen didn’t move at all from the grid and fell all the way to the back of the order. Nico Rosberg also fell back to 6th after starting 4th after having to avoid Raikkonen. Hamilton held the lead from Vettel into the first turn, with a few drivers taking to the run-off. Pastor Maldonado and Romain Grosjean looked to hit strife in the turn 1 melee. Maldonado’s floor was broken after running over the turn 1 kerbs, with Grosjean appearing to suffer mechanical issues; a sad way for the team’s race to end after scoring their first podium at Spa.

Despite falling all the way back, Kimi was quick to move back up to the points paying positions, after moving his way up to 10th by lap 5. He had capitalized on a number of drivers having problems whilst also making great  moves on drivers such as Jenson Button at the Ascari chicane.

At the front, Hamilton had checked out and was 5 seconds in the lead over Vettel on lap 10; with the hopes of a Ferrari challenge looking to not materialize. By lap 15 he had stopped pulling away from Vettel as much, but he was holding the gap steadily at 8 seconds.

By contrast, Rosberg was making no progress. He was still stuck in 5th behind the Williams of Valtteri Bottas. He had an attempt up the inside at the first chicane, but Bottas was able to keep him at bay. Rosberg was then informed that his brakes were too hot and he then backed off from the rear of the Williams. Rosberg pitted on lap 20 to attempt to undercut Bottas. It was expected that Williams would pit Bottas to cover off Rosberg, but it was Massa that pitted first. Even though Massa was further up the road than Bottas was, Rosberg still ended up overtaking him when Massa exited the pits. Bottas pitted a few laps later and emerged well off of the back of Rosberg and now his team-mate Felipe.

The top 2 stayed out for a while longer, with Sebastian Vettel pitting on lap 26 after starting to lose tyre grip. Hamilton pitted a lap later and was back out on track before Vettel had even entered the Parabolica. He now had a 20 second lead; an insane level of dominance for the #44 Mercedes.

Nico Rosberg was starting to get quicker and was soon on the back of Kimi Raikkonen, who had yet to stop after his first lap dramas. Rosberg passed him with ease on the start/finish straight with DRS, with Kimi unable to fight back as his option tyres had reached the end of their life. He pitted at the end of the lap and was almost rear-ended by the Manor of Roberto Merhi as he struggled to slow down to the pit-lane speed limit. Thankfully, the Manor managed not to plant itself in the rear of it’s engine supplier.

20 laps remained of the Monza circuit and despite having a 20 second lead, Lewis Hamilton was starting to flex his muscles to new levels. He put in 4 fastest laps of the race within 5 laps, with his effort on lap 36 giving him an amazing 1’26.890. The 2nd fastest lap of the race at that point was going to Max Verstappen, who had driven an exciting race full of impressive overtakes after starting at the back. He had really shown his exciting driving style and flair during the race but wasn’t looking too likely to score points as he ran outside the top 10 in 13th with 9 laps to go.

With just over 5 laps to go, Mercedes looked massively apprehensive in the garage. They soon got on the radio asking Hamilton to put in ‘Hammer-time’ laps and to not ask questions and just execute. He responded immediately by putting in another fastest lap of the race, a 1’26.6. He had a lead of over 20 seconds and yet some unknown problem was necessitating him to push hard and fast.

Suddenly though, one Mercedes was out of the race. It wasn’t Lewis Hamilton however, it was Nico Rosberg! The German had been closing in on Sebastian Vettel for 2nd place when his Mercedes engine expired. Flame emitted from the exhaust as he pulled his car into the run-off area at the Della Roggia chicane. If Lewis Hamilton was able to finish, Rosberg would lose a whopping 25 points to his team-mate.

wLewis Hamilton would indeed be able to finish and he would win the Italian Grand Prix for the 2nd year in a row. His team would go on to thank him for his efforts in the final few laps where anxiety levels hit the roof. Hamilton would tell the team that those last few laps ‘were not cool’. He was then promised an explanation later on.

Sebastian Vettel would cross the line over 20 seconds later to take a much celebrated 2nd place. The crowd erupted, unsurprisingly, as the Ferrari driver took a podium position. After Nico Rosberg’s sudden retirement, 3rd place would go to Felipe Massa, an ex-Ferrari driver who was chuffed to take a podium in front of the fans who used to adore him so much. He crossed the line just ahead of team-mate Valtteri Bottas; who was so close to snatching a podium on the last lap.

5th place would go to Kimi Raikkonen, who drove an impressive race after falling to last on the run to turn 1. He fought his way through with some great moves to limit the damage that could’ve been to his Italian Grand Prix. He passed Sergio Perez in the closing stages, with the Mexican finishing 6th for Force India as the final driver on the lead lap. Nico Hulkenberg would finish 7th in the second Force India, with Daniel Ricciardo taking 8th after starting near the back of the grid after engine penalties. 9th and 10th would go to Marcus Ericsson and Daniil Kvyat.

The drama of the race wasn’t over however. The last few laps of apprehension over the radio to Lewis Hamilton was starting to become clearer. It would emerge during the podium celebrations that the tyre pressures of Hamilton’s Mercedes were 0.3 PSI below the required regulation. A representative from Mercedes would be summoned to the stewards shortly after the race. The results from the stewards meeting could mean anything from a reprimand to the potential disqualification of Lewis Hamilton from the Italian Grand Prix. The results of this inquiry will follow in a later post. 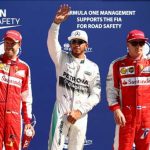 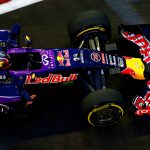