The September sun illuminates the “pave” (the traditional flooring that characterizes the historic centre of the city of Castel San Pietro Terme) in a very particular way. This happens because of Carrera, the traditional race of human-powered cars that has been running every second Sunday of September for over sixty years. In September the main streets of the historic centre are imbued with the sweat of the effort of the pushers, the precise and accurate knowledge of the team technicians, the adrenaline of the drivers who seek the limit of their cars and the track. For us, people of Castel San Pietro Terme, Carrera is a bit of our whole world. Emotions, friendships, moods, expectations.

From the historical point of view, Carrera is a race born in 1954 in Castel San Pietro Terme in order to revive the country still engaged in post-war reconstruction, but also to offer something true, alive, different. The first cars were built with parts of bicycle and tanks from old planes. Over time, the event has grown hand in hand with technology and society, and traditional running has been joined by women’s and children’s running. But the passion, the real “engine” of Carrera, has remained unchanged over time, then as today.

Who follows the crowd will never go further than the crowd.

Who goes alone will more likely find himself in places where no one has ever arrived. 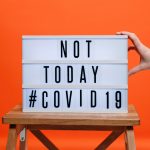 What will sports marketing after Covid 19 Look like?Sports Marketing 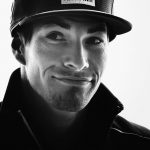