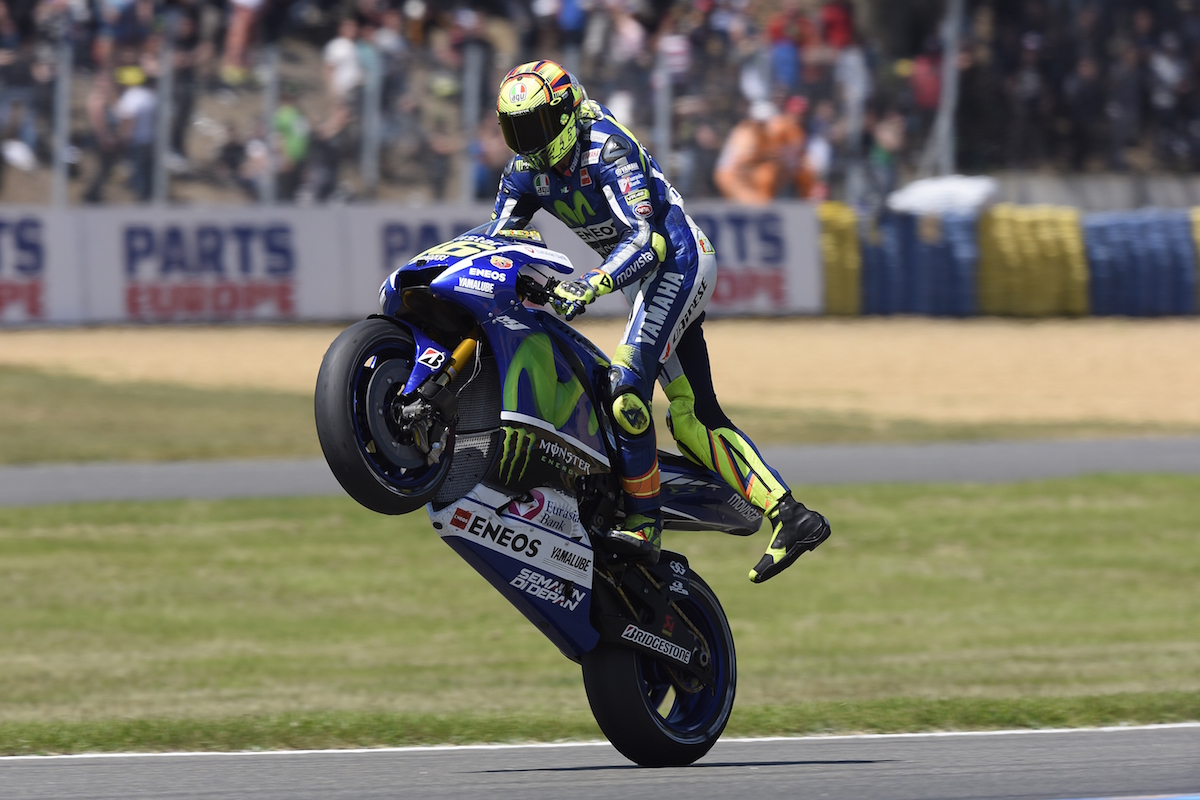 After Jorge Lorenzo‘s first win this season at Jerez two weeks ago, the Yamaha pilot went back to his old form. Starting from the first row behind Repsol Honda rider Marc Márquez on Pole Position and Ducati pilot Andrea Dovizioso, Lorenzo benefited from a chaotic starting phase. The spaniard took the lead from the first lap and continuous opened a gap on his pursuers.

Behind Lorenzo, Andrea Dovizioso was followed by his teammate Andrea Iannone, who suffered from an injured shoulder due to testing at Mugello. Márquez fell back to fourth place after the start and had a hard time climbing up the scale. Therefore the current world champion had to give up on Yamaha rider Valentino Rossi, who looked forward to continue his good results this year.

With Márquez behind him, Rossi observed his fellow countrymen Iannone and Dovizioso and managed to overtake both of them. The nine-time world champion tried to repeat the action from Argentina with closing up on his teammate Lorenzo, but soon Rossi decided to take home the twenty points for the championship and finish second in front of Dovizioso.

Dovizioso’s teammate Andrea Iannone couldn’t reach up to follow him, because he had a hard time battling with Márquez for fourth place. The two of them changed the lead countless times, but after a few, thrilling laps the world champion prevailed, saving the fourth slot in front of Iannone in fifth.

Tech3 rider Bradley Smith had the best view on this fighting scene, following Márquez and Iannone in sixth place. Chances were high, that with either one or even both of them crashing out of the race, Smith could reach a fifth or fourth place.

Since both riders stayed on their bikes, Smith ended the race in a still satisfying sixth place, followed by his teammate Pol Espargaró in seventh. Espargaró won’t be satisfied with the result, since the spaniard fought for a podium position here last year.

Next to the fourth podium position this season, Ducati will also be quite satisfied with their Pramac riders, who both finished the race in the Top Ten. With Yonny Hernández in eighth and Danilo Petrucci in tenth place, they were only seperated by Ecstar Suzuki pilot Maverick Viñales.

For the second Repsol rider Dani Pedrosa, the first race after his arm-pump surgery ended disappointing. Pedrosa dropped out of the race with one lap into the race, but remained unhurt. He continued the race, not aiming for positions, but trying to figure out, if his arm is strong enough to last a whole race distance.

But Pedrosa wasn’t the only rider who suffered from bad luck this weekend. All in all seven riders crashed out of the race, but luckily all of them got away without major injuries. Those who were affected by a crash were Stefan Bradl (Athinà Forward Racing), Aleix Espargaró (Ecstar Suzuki), Mike Di Meglio (Avintia Racing), Scott Redding (Marc VDS), Karel Abraham (AB Motoracing) and both LCR Honda pilots Cal Crutchlow and Jack Miller.

The next round of the MotoGP season will take place at May, 29th at Mugello, Italy. 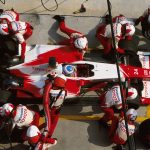