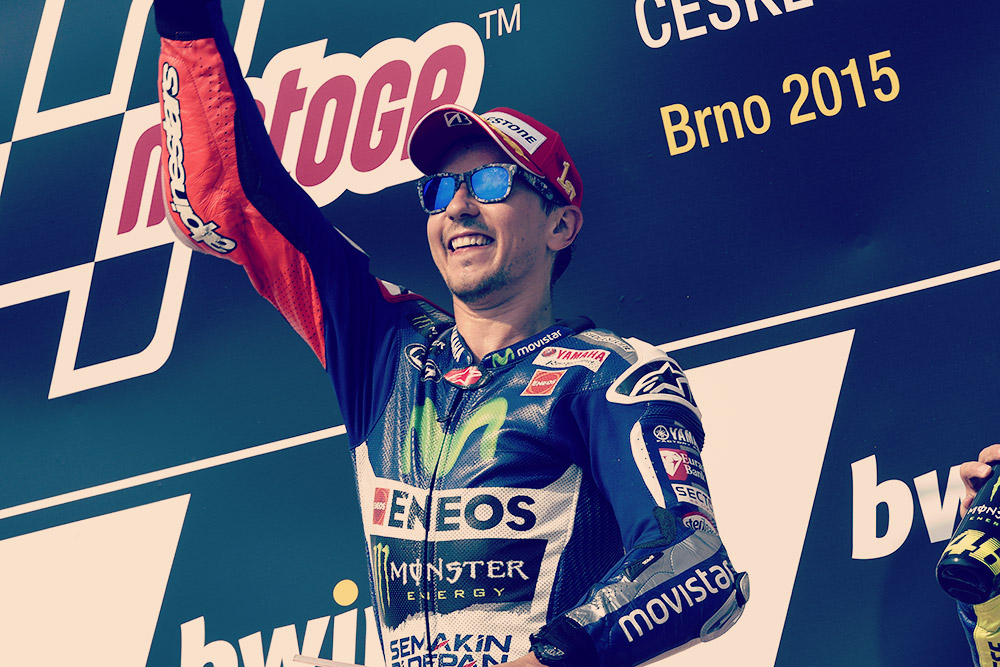 Movistar Yamaha MotoGP rider Jorge Lorenzo put on an incredible show today at Automotodrom Brno, keeping rival Marc Marquez at bay for 22 laps to cross the line with a convincing 4.462s gap. TeammateValentino Rossi also put up a strong fight at the early stages of the race when he battled with Bradley Smith and Andrea Dovizioso to take the chequered flag in third place.Lorenzo had a brilliant start, taking the holeshot from pole and immediately tried to break away with Marquez running closely behind him. After the opening lap the X-Fuera rider posted times in the low 1’56s for the next eight laps. Riding faster than anyone on track, the pair created a gap to the group battling for third, but with 14 laps to go the Majorcan’s pace proved to be too hot for his rival, and he managed to break away.In his element, Lorenzo remained unthreatened for the remainder of the race and continued to manage the gap to Marquez perfectly, claiming a first victory in Brno for Yamaha since 2010 by a convincing length.Starting the race from third on the grid, Rossi slotted into fifth place, but quickly fought his way back to the front, overtaking Smith for fourth, but he lost valuable time behind Dovizioso in their battle for third place. With Andrea Iannone looming in fifth, Rossi put extra pressure on the compatriot in front of him and made the pass stick at the end of the third lap.The Doctor put his head down to close the over two second gap to the frontrunners, but was unable to claw back the lost ground. Riding a lonely race, he focused on holding off his trailing rivals and crossed the line in third place, 10.397 seconds from the front, to make it his eleventh consecutive podium of the season.Today’s race results have Lorenzo take over the lead from Rossi in the championship as the pair are on equal points, each having earned a total of 211 points so far, but Lorenzo having two more GP wins this season.The Movistar Yamaha MotoGP team will remain in Brno for a one-day tyre test tomorrow.

I didn’t need to push at the end, so this was not a perfect race, because I could have been a little bit faster. I had a margin, not enough to be comfortable but enough to risk less. I pushed so much at the beginning of the race and I gave my maximum to escape from Marc, who stayed behind me for a lot of laps. I expected the race to be a little bit quicker at the beginning and to be riding 1’55,9, but with a full fuel tank, and also after the Moto2 the track seemed to have a little less grip, it was not possible. Luckily for me after a few laps I started to brake better with less fuel in the tank and enter corners faster than before. I improved my times only by one tenth of a second, but it gave me a 0,6s advantage in one lap and that went up to one second and I was able to get away little by little and win the race.

This weekend Jorge always rode very fast, but at the same time I had hoped to be closer and that I was able to stay with Marc, because during the practices my pace was not so bad. Unfortunately I wasn’t fast and strong enough and also my rhythm was quite slow. It’s true that I had a bad start and lost time, but that was not the problem, I simply didn’t have a good enough rhythm and that’s a shame. I expected Brno to be difficult, because it had been difficult for the last few years, but I expected a better race, so we have to understand why and try to be stronger at the next races. It’s unbelievable that after eleven races Jorge and I are on the same level of points. It’s difficult, because it looks like Jorge came back very strong after the break and he is in a great shape, but we will have to keep trying. 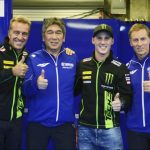 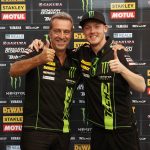