As the NBA playoffs continue to heat up, let us take a look at each series being played.

What We Have Seen So Far:
Miami is proving that the four straight regular season wins that Brooklyn had on them were all fluke. In the first two games, the Heat has asserted control on both ends of the floor, limiting the Nets to an average of 44.7% on two point field goals and 37.5% beyond the arc, while shooting a very decent 53.5% in the perimeter and 45% on the three point area. The Nets looks tired after battling out the gritty Toronto Raptors for 7 games before getting out a road win. The well-rested Miami has proven time and again that they are still the team to beat in the playoffs, as they continue to defend their championship.

It would be interesting to see the adjustments that Nets coach Jason Kidd would bring once the game goes to their home court back in Brooklyn. Veterans Deron Williams, Paul Pierce and Kevin Garnett needs to step up their game, especially after a dreaded performance in Game 2. If the trend continues, we are likely to see a very quick exit for Brooklyn Nets.

What We Have Seen So Far:
The Wizards continue to put in surprises as they took home court advantage by winning the first game of this series on Indiana’s turf. Bradley Beal continues to mature, providing potent offence that stifles Indiana’s perimeter defense. The Wizards’ balanced scoring is also providing the team a lot of options, making Indiana’s defense work out doubly hard to cover them.

For the Pacers to regain control of the series, Roy Hibbert needs to have another explosive game to provide their perimeter offense to have some room and get the best shots on the court. The Wizards knows that they can win the series by playing their game and continue stifling the Pacers defense on the other end of the floor. Game three would be an exciting preview to see which team would step up.

What We Have Seen So Far:
This series has been an entertaining one, providing a lot of sparks in both offensive and defensive ends of the court. The Clippers took game 1 after an amazing performance from Chris Paul and Blake Griffin adding the inspired play from the Clippers bench. The Thunders took game 2 with both Kevin Durant and Russell Westbrook providing the performance that carried them to second place in the West.

The Clippers will continue to ride on CP3’s playmaking ability, while trying to contain the primary offensive weapons of Oklahoma City. Such a daunting task, especially considering that it is very difficult to stop Kevin Durant who was recently crowned the regular season MVP. Russell Westbrook would still continue to find means to obliterate the Clippers defense with his physical play and perimeter shooting. Expect a wild game three as each team tries to wrestle control of the series.

What We Have Seen So Far:
This series has been one-sided so far, with San Antonio taking control of the series dominating the Trailblazers. Tony Parker has been unstoppable, scoring at will. Tim Duncan’s minutes may be limited but that doesn’t stop him from being effective and contributing to his team’s drive towards the championship. Ditto with Ginobili who seems to have been re-invigorated with brilliant playmaking off the bench. But the real factor here is the brilliant play from Kawhi Leonard, who has stepped up his offense while providing intense defensive effort. Portland needs to have their other players step up if they want to make this a series. Lamarcus Aldridge and Damian Lillard has been continuing their brilliant plays but both of them cannot handle the load alone. San Antonio knows that they are in good control of the series and unless Portland steps up their game, this series may soon be over. 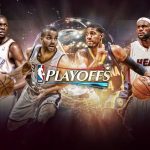 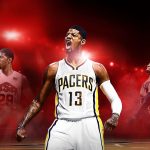 Why are the NBA and other pro organizations entering the eSports market?NBA, Sports Marketing