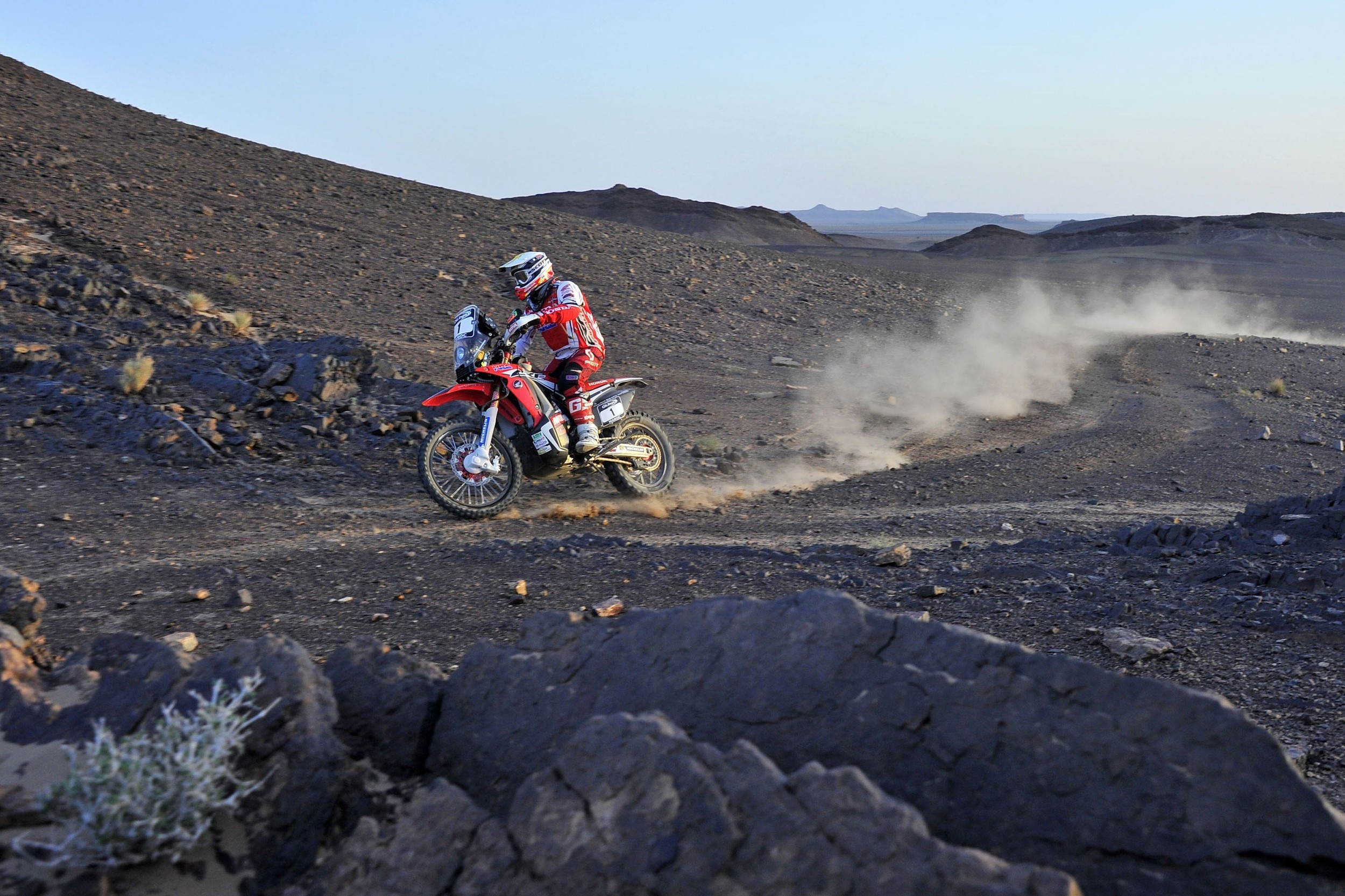 Honda continued the tendency once more today in the longest stage of the Rally OiLibya of Morocco. The race concluded in Zagora with a third consecutive win for the CRF450 RALLY. Joan Barreda was once again the fastest, and Paulo Goncalves takes over the overall leadership.

At the end of a long gruelling day in Zagora, Joan ‘Bang Bang’ Barreda was once again the fastest in the 2014 edition of the OiLibya Rally of Morocco. The Spanish rider was heavily penalized yesterday for excess speed, with a thirty minutes penalty that saw his triumph annulled and passed down to yesterday’s runner-up, his fellow Honda team-mate, Jeremias Israel. Today Barreda got off to a storming start, yet again proving himself to be the fastest on the track, leaving another HRC rider, Paulo Goncalves two and a half minutes behind. Honda and the CRF450 RALLY thus clinch the third double in three days.

Portuguese Goncalves, managed to keep up a cracking pace throughout the stage, fighting a splendid comeback that sees him move up to the top of the overall leader-board, with a forty second advantage over Marc Coma. In seventh place on the day, was Chilean Jeremias Israel, who yesterday won his first stage victory in a World Cross-Country Rallies competition, thanks to Barreda’s penalty.

Helder Rodrigues fought hard to maintain the pace, in the stage that ran from Erfoud to Zagora, with 313 km against the clock. The Portuguese Team HRC rider finished in the top ten, and hangs on to his overall third place in spite of dropping time in the overall standings. Laia Sanz, finished the stage without a fall, and with no more inconveniences than the heavily potholed track in the special. She performed better over the more technical parts of the course, with the frequent changes of route, which demand more attention at the navigation – one of her strong points. 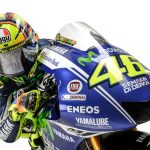