By Emanuele Venturoli
Posted
In Motor Racing
The Spanish GP. Or, how to deal with an iconic Jerez weekend2017-05-122020-11-14https://s3.eu-west-1.amazonaws.com/static.rtrsports.com/wp-content/uploads/2022/07/nowtavola-disegno-1.pngRTR Sportshttps://s3.eu-west-1.amazonaws.com/static.rtrsports.com/wp-content/uploads/2020/07/FullSizeRender-4.jpg200px200px
0

Not all races are born equal. Some hold a special feeling to them, a kind of uncommon, built-in charme and beauty.  There can be little doubt Jerez is one of these races. The first gig of the European leg of the Championship is always something unique and memorable: a splendid , grand ouverture of the MotoGP paddock in all of its beauty and boldness. Needless to say, the 2017 edition made no exception.

Nested among the soft hills of the green-and-yellow Andalusian landscape, Jerez, its community and its Circuit welcomed the MotoGP lot with the usual passion, high spirit and excellent weather (with the exception of some early Friday showers). A joyous, noisy and immense army of bikers and fans followed, parading through the street in a constant fiesta of burnouts, barbacoas and copious cerveza. The gigantic parking reserved to bikes set right in front of the main entrance, filled with more than 30,000 rides during the weekend, sure is a thing of beauty.

Much like Mugello and Assen, the whole Jerez district lives and revolves around motorbike racing, the love of southern spaniards for the two wheels being total and unmitigated, the roaring of the engines and the smell of burnt rubber from every street from Puerto Real to Arcos unmistakable. Contrary to Barcelona, Valencia or Austin, Jerez is not a City holding a Grand Prix, it’s a Grand Prix holding a City.

The excitement builds throughout the weekend, reaching its apex on the night before the race, the city center of Jerez becoming an immense and glorious proscenium for all this Andalusian extravaganza. Forget about driving in the city: every alley, street, avenue, corner, plaza is held hostage by the mounting Grand Prix fever. While Iggy Pop and Fatboy Slim hit the stage in the northern part of town, infinte carousels of bikes dart around, revving their engines, flashing their lights and honking their horns. Yellow, Orange and Black helmets, t-shirts and jackets with the logos and numbers of Rossi, Lorenzo and Marquez paint the scene. It’s pandemonium. And, believe it or not, it’s beautiful.

The 3000th race of the top class of motorcycling racing itself proved to be the icing on a perfect Spanish cake: a triumphant display of Iberian class and dominance. Pedrosa secured the magnificent win he deserved after a brilliant weekend, while Marquez and Lorenzo scored important podium finishes, both for Championship and confidence purposes. 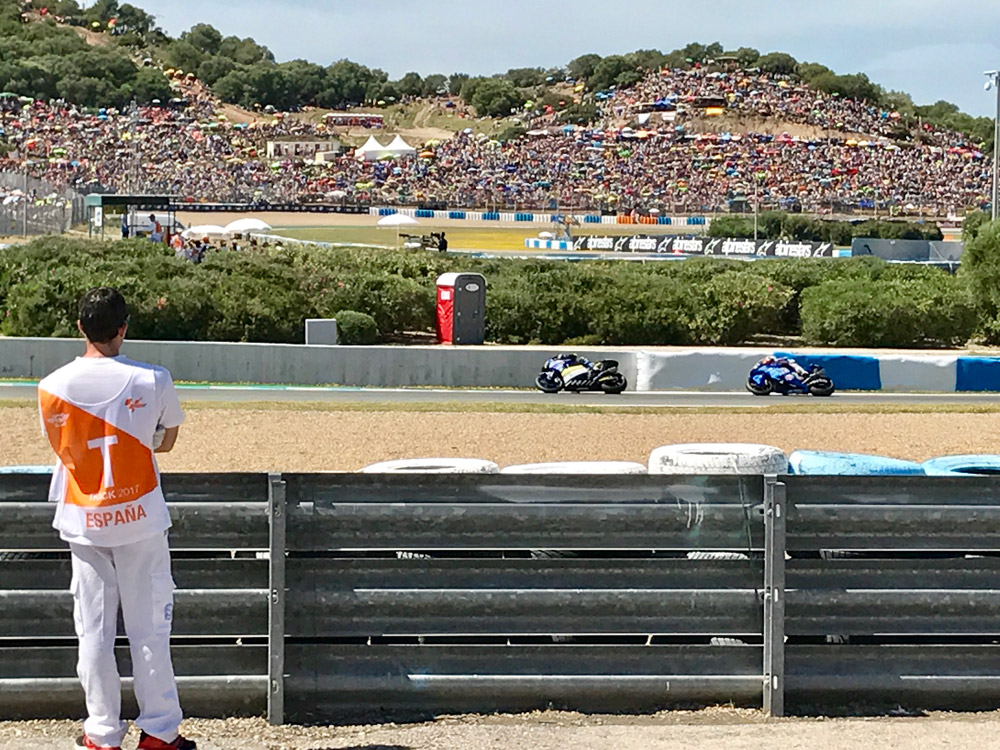 As always with this track grip was key, the fifteen-ish asphalt making no prisoners among the less cautious riders. Those who underestimated the hold of the Circuito ended up miserably sliding in the gravel, while those too afraid of the Andalusian billiard had to face a race well shy of joy. Eventually, even Franco Uncini suffered a very strange crash while driving the Official Safety Car before the MotoGP race, proving (if proof was ever needed) that this Spanish track must not be taken easily.

The factory Yamahas performed poorly on what everybody once used to consider a Yamaha track, while the Repsol Hondas made a quick escape off the grid and were soon nowhere to be caught.  Both Rossi and Vinales struggled to find a decent set-up, their M1s sporting a wide array of issues, from corner speed to chattering to huge amounts of rear-wheel spinning. Behind the factory Hondas, Lorenzo followed swiftly, moving through the pack with a new-found confidence with his Ducati. After a pretty average start, it took the Mallorcan just a few laps to get rid of the slower opponents, dash past Zarco, and secure his first podium aboard the Borgo Panigale beast.

Again, it was the perfect ending, with the “Marcha Real” reverberating across the valley and 70-ish thousand fans cheering and chanting under the scorching sun. This, even more than the race itself, is the best picture we are left with after the Spanish round: a portrait of sheer joy and emotion, of pure passion and profound love for all things motorcycling. And sure: Silverstone may be classy, Mugello may be loud and Assen may be packed, but you just can’t beat Spain when it comes to heart.

On my way back, on Sunday and well after the race, I am lining up on the Autopista Naciònal 4 heading south towards Cadiz. The temperature on the dashboard of the Fiat 500 I rented at the Jerez airport reads 34°C. All around me, in cars crammed with fans, it’s all smiles, tanned faces and singalongs. Somebody hung an enormous banner on one of the many bridges of the Autopista: in solid black paint it reads “Feliz Retorno”. Behind the railing, the author of the banner and his son are flying Spanish flags and waving at the cars passing underneath.

If you ever wonder what this whole MotoGP circus is about, this Jerez weekend might just be the perfect answer. It’s about racing, of course, but most of all it’s about joy, passion, and the perfect sense of communion and unity only true love brings. 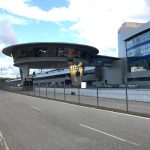 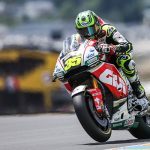