Some indications on the MotoGP target audience

Sponsoring the MotoGP championship or a MotoGP team offers a lot of benefits. One of these, which for many companies is the main one, is the possibility of reaching millions of people exposing their brand to their sight. But how many eyeballs are we talking about? And in which nations do they watch MotoGP?

The MotoGP championship is one of the most popular sports in the world, with 20 races across 16 countries in 4 continents.

TV networks, due to the huge demand, broadcast the races and insights of great quality. In 2018, 207 Nations aired the races live or deferred on the same day for a total of 31,525 hours. The TV target is composed of 70% Men and 30% women.
They follow the deeds of their champions by going on the track and on the telly.

On top of that, they do it using the massive digital platform of MotoGP as well. The MotoGP social platform can count on 13 million fans on Facebook, 2,4 million on Twitter, 6.4 million on Instagram and 1.8 million on Youtube. It is also to note that these data do not take into account the social networks of individual riders and teams. The fans are very loyal and during the year they watch at least 15 of the 19 races. The total reach, referring to digital channels only, was 6.7 billion interactions last year.

The profile of the people engaged on digital platforms is proof that MotoGP is a healthy series, with a young audience in which 41% of the public is between 18 and 34 y.o. Moreover, you have a hardcore fanbase between 35 and 54 which is worth 44% of the total and a small amount of over 55’s standing at 15%.

And on the Track?

The number of participants on the track continues to rise, with 16 races exceeding 100,000 spectators, for a total of 2,884,242 people at the circuits throughout 2018. Some races went sold out and even the Vip Village hospitalities in 2018 were often completely full months in advance.

The public physically attending the races is 80% male, 70% are under 35 years old and 68% of those present on the circuits declare that they have purchased products connected to the MotoGP.

If you want to explore the industry and understand what sponsoring MotoGP can do for you, you can contact us using info@rtrsports.com. Whether you intend to become a technical partner or a Title sponsor, we will show you the benefits, the possibilities and any possible difficulties either positive or negative and how to mitigate them – see these links – https://rtrsports.com/en/blog/bonus-covered-by-insurance/   and https://rtrsports.com/en/blog/sponsorship-and-scandals/  of this activity.

In the meantime, if you want to see how in the last 20 years we have helped some companies to surf in this sea, here you will find a selection of case histories from which to take a cue 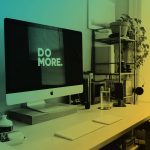 Advertising & Sponsorship: what is the difference?Sport Sponsorship, Sports Marketing 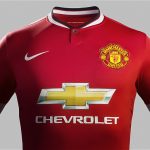 More informed and savvy audiences: this is the new target of sports sponsorshipsSport Sponsorship, Sports Marketing