Key elements in a sponsorship agreement

Let’s start from stating that a sports sponsorship agreement consists, in most cases, of some fixed elements which may be summarised as follows:

As this list highlights, sponsorship agreements are complex documents which contain a lot of details. In their simplest form, these sponsorship forms consist of ten pages, but quite frequently they are much longer, including up to one hundred pages sometimes. The length, of course, depends on the extent of the agreement and the number of entities and actions involved in the transaction.

Mutual obligations and costs of a sponsorship agreement

With reference to the sample list above, sections 6 and 7, i.e. those pertaining to mutual obligations and the determination of costs, are the sections in the sponsorship agreement most densely populated with sports information.

What are the “mutual obligations” laid down in a sponsorship agreement? They are, under all aspects, the contents of the sponsorship project which the would-be sponsor will purchase pursuant to the agreement. In a nutshell, they are the benefits received when sponsoring a team and an athlete together with the rights and duties resulting for both parties.

The mutual obligation clauses in the agreement are used to define elements such as those listed below (without being limited to them):

Sponsorship agreement facsimile: resist the temptation of “do it yourself”

As stated at the beginning of this article, many people turn to us asking for a sponsorship agreement facsimile which they can edit and send to their customers for their sponsorship deals. Our recommendation – which is the reply we always give – is to at all costs refrain from using facsimile agreements.

As a general rule, we do believe that it is better in each and every case to have your sponsorship contract drafted by a competent attorney or a legal firm specialising in this matter. Of course, it more expensive than downloading a template from the Internet and editing it independently, but the benefits are many.

If, on the one hand, it is fair to say that each sponsorship deal is a different story, it is even more true so for sponsorship agreements which are specifically stipulated to rule the tiniest details of the understandings agreed by the two parties involved in the sponsorship. Once in the agreement, elements such as timing, money, the parties involved, details concerning visibility, and activations, if any, are sort of “frozen” in the pages and they will govern any future event. Whatever is not in the agreement has no value at all.

The benefits of an agreement properly drafted by a professional attorney get maximised as soon as things start taking an unplanned direction and the first problems arise – and this is not only true with sponsorships, I am afraid. Any document written professionally and signed knowingly by both parties thereto is a guarantee of a sound and long-lasting friendship without shocks and, what is more important, bad surprises.

Although, of course, the hope is that everything goes smooth, it is important to have your shoulders guarded against some potentially unpleasant situations which may be counter-productive for the sponsor and for the sponsored property as well. What may happen if, for instance, the club/team you are sponsoring is disqualified or the athlete wearing your logo has positive doping tests? Would the sponsorship continue or would it be terminated? Would the money you have paid be returned, either partially or totally, or not returned at all? Such cases, as well as many others, should be taken into account when drafting a sponsorship agreement in order to find an unambiguous solution for them to be clearly stated in the document.

Sponsorship Agreements relating to MotoGP, and motor sports in general, are not different from conventional sports sponsorship agreements, in terms of both form and overall contents. Of course, each discipline has its own peculiarities, which the agreement should reflect. In the world motorcycling championship, for instance, correct application of logos on the motorbikes, uniforms, boxes, trucks, and so on, plays quite a central role. This is why each media intended to provide visibility is clearly defined in the agreement together with the dimension of each sponsor’s logo, which is specified in square centimetres. All such information is collected in the graphical annexes, which are an extremely important part of the agreement, in the form of drawings that visually support the contents of the agreement.

Another aspect worth considering is the athlete(s) concerned by the sponsorship, as the latter does not necessarily involve the entire team. Quite frequently, companies decide to have their logo on one rider, and not both, as the other rider in the team may already have one or multiple sponsors. In these cases, the sponsorship agreement will specifically indicate on paper which athletes are involved and it will explain whether the sponsorship also involves the rider’s staff and part of the box.

Last, but not least, the rules to govern bonuses connected to the sports results. The team and the rider may receive an extra bonus any time they win the podium and a significant monetary bonus if they become world champions. These are, of course, “positive risks” which bring about extra value for the sponsorship activity whenever such events occur. These risks may be mitigated by specific insurance policies which can be immediately entered in your budget, thus making it more solid. In practical terms, they are sort of safeguards that will enable you to still support the team/athlete like there is no tomorrow, as you will be aware that winning the championship and the subsequent benefits will not drain you.

If you wish to have more information about sponsorships read Sponsorship Activation.

Our agency, RTR Sports Marketing, has had its core business in MotoGP and motor sports sponsorships for the past 25 years now. If you feel like you need consultancy on sponsorship agreements or if you are looking for expert and competent legal advice in these disciplines helping you jotting down your first sports sponsorship form, do not hesitate to contact us at our email address: info@rtrsports.com. 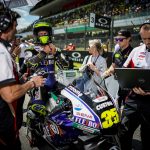 International sponsorships in sports: why sport is key when you’re going globalSport Sponsorship 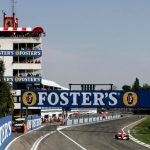