Swiss and international brands know the value of sports sponsorship in Switzerland – and that it means opportunities to display strong Corporate Social Responsibility, support public health, and look towards the future through a variety of different (and exciting) sporting outlets. It’s not just skiing!

Here are a few examples of great sports sponsorship in Switzerland, from hiking trails to the Formula E Championship…

The Union of European Football Association’s partnership with Geneva-based oil marketing firm SOCAR is built on the coming together of nations, according to the former, with the aim of building partnerships that foster mutual respect between different countries. A glorious ethos for a sponsorship campaign, we’d say!

Competitions that SOCAR is featured prominently at include UEFA’s European Under-21 Championship, the Women’s EURO final, and the European Football Championship.

At the other end of the scale, national postal service Swiss Post (which has limited budgets and is clear about its desire to support certain areas whilst keeping a close eye on the purse strings) has developed a partnership with “the Swiss people’s number one sport” – hiking!

With 65,000 km of hiking trails across the country, Swiss Post’s commitment is in the realms of public health – to encourage hiking as a sport, to make it accessible, and to see it taken up as a go-to family activity.

Clearly, sports sponsorship in Switzerland doesn’t have to only exist on the pitch, court or track – as this campaign proves, utilizing a key audience that’s already familiar with your aims can be a great CSR opportunity.

Swiss multinational bank Julius Bär is looking to the future with its Formula E sponsorship, focusing on the sustainability and technical innovation that this new breed of motorsport can offer. The bank’s philosophy is that its actions today lay the groundwork for future generations, and its website lays out clearly how this particular motorsport partnership aligns perfectly with its long-term values.

Julius Bär’s involvement in sports sponsorship in Switzerland doesn’t end at Formula E, though – it’s also a sponsor of the Academic Motorsports Club Zurich, which sees students being given “the opportunity to put their acquired theoretical knowledge in a highly complex engineering environment into practice.” Another example of a huge company using sports sponsorship to put its CSR values to work.

These are just a few examples of sports sponsorship in Switzerland campaigns, but there are many, many more – giants including Credit Suisse, UBS and airline SWISS are heavily invested in sports as diverse as handball, tennis, athletics and ice hockey. Of course, football and skiing are heavily supported too.

We couldn’t finish this blog post without an honorable mention for Swiss luxury watch brand Tissot, the official timekeeper of MotoGP, which has its partnership secured at least until 2022. The official sponsorship allows Tissot to display its impeccable timekeeping across all 19 races of the MotoGP calendar. What could be a better advertisement for your service than this?!

Want to learn more about sports sponsorship in Switzerland? RTR Sports Marketing is here to help – we’ll be waiting for your call! 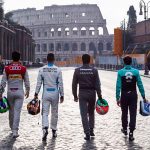 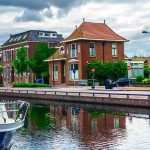 Sport sponsorship in the NetherlandsSport Sponsorship