In today’s social imaginary sports people have taken the role that mass audience used to recognize to actors first and musicians then, starting from the 60s onwards: people to love and to follow, reference models the audience is eager to know everything about.

The table below, which is taken from a recent research study conducted by Nielsen on the popularity of miscellaneous sports disciplines, graphically illustrates the actual numbers of this phenomenon, which involves men and women indistinctively.

If you consider that the world population is about 7.7 billion people, counts are easy to make. 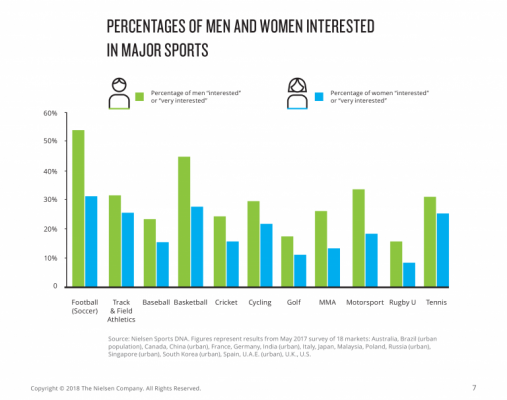 Well, because they are role models that can inspire people and at the same time set the trends by exerting their power to shift the public opinion on matters or products. This is even truer now with social media which fans can use to follow their sports idols from a close distance, sharing the most private and personal aspects of their lives. Let’s examine some figures!

Lewis Hamilton has 9.3M followers on Instagram: it just takes him a posted photograph with his beloved bulldogs to get 378,021 likes or a photo with him and Justin Bieber riding their motor cross bikes to receive 803,147 likes. These are stunning numbers, aren’t they? What about the two wheels? Needless to say, Valentino Rossi rules the roost with 6.3 million followers on Instagram, over 13 million on Facebook and over 5 million on Twitter. Other examples may be Marquez, Lorenzo, Pedrosa, Iannone, and Dovizioso who can boast admirable numbers too.

After all, sports people are aspirational: they are normally young, healthy and wealthy. Who would not be willing to be like them? Sports people give us emotions and thrills, they make us happy when they win or help our favorite team to win; they are sort of myths to be worshipped. It should therefore be no surprise that companies use them as testimonials. On the contrary, we should be perplexed that they are not used more extensively than they currently are.

Are sports and sports people all equal, though?

They are not, of course. If you think about the global audience, some sports are more appealing than others: football is the leader followed by motorsports and tennis.

The Internet and television have definitely contributed to the dissemination of disciplines that are apparently less popular, although they have hit excellent figures and won the favors of the audience, and can generate spectacular returns on investments for any company that wishes to invest in them.

As is always the case, the key strategy is to match the selected sport or testimonial with an accurate study of the target audience and a synergy with the company’s values. For instance. If your audience is predominantly Italian, you should not select a cricket player (although it is the second world sport in terms of the number of fans). Similarly, if your company manufactures accessories for motorcycles, you should avoid sponsoring a sailor. If you make your choice judiciously and your testimonial has a lucky year – s/he wins a world title or a prestigious trophy -, your investment may give extraordinary returns.

Let’s take a look at Instagram. Ronaldo has 151 million followers, Neymar Jr 109, Messi 106, and the list may continue. The popularity of these athletes is huge and it is due to the cross-cutting nature of soccer which enjoys great popularity in any and all geographical areas, irrespective of age, gender, schooling level, and social class.

If you would like to talk about testimonial and sponsorship you can reach us at info@rtrsports.com 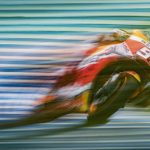 MotoGP sponsorship: what it is, how it works and all you need to knowSport Sponsorship, Sports Marketing 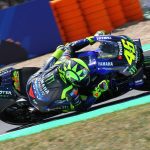