Well-executed motorsport sponsorship can boost brands into global stardom. Not only a good sports marketing program in the pinnacle of two and four-wheel racing can provide a company with worldwide visibility and awareness, but also allows for excellent B2B opportunities, top-notch hospitality packages (think the MotoGP VIP Hospitality or the F1 Paddock Club) and more efficient marketing campaigns as a whole.

Formula 1, possibly the most popular sport in the world behind football, is an incredible marketing platform for brands across the world wishing to engage with customers and clients in an efficient, exciting way. At 490 Million people tuning in to watch the races, 23 rounds across 5 continents and with the world’s top manufactures involved in the competition, Formula 1 not only is one of the greatest shows on earth, but also an unmissable marketing opportunity for companies from every industry.

Also thanks to the exposure provided by the premier class in motor racing, some brands have transcended the traditional space and time to enter a zone of their own. It’s the ultimate brand positioning and the last step to marketing immortality -or at least superpower. Let’s take a look at the top 10 most famous brands in Formula 1.

The world’s most famous energy drink owes everything to sports marketing. When Dietrich Mateschitz decided to bring the now-famous beverage to Europe, he put every dollar he had in the sponsorship of young athletes, adrenaline sports and fast driving and riding. Their first larger-than-life sponsorship was in 2005, when they acquired the Jaguar Formula 1 racing team and then proceeded to win 4 world titles with Sebastian Vettel in 2010, 2011, 2012 and 2013.

Red Bull also sponsor several drivers on the grid and can count on their home track, the Red Bull Ring in Spielberg, where two rounds of the Formula 1 world championship are held (Austrian Grand Prix and Styrian Grand Prix).

Kuala Lumpur’s finest not only own one of the most spectacular buildings in Malaysia, but also have a long-lasting history in Formula 1 racing. Between 1997 and 2005 Petronas have sponsored and named under their brand the Ferrari engines that were supplied to Sauber, before buying 40% of Sauber-Petronas engineering. Since 2010 Petronas are also main sponsor of the AMG Petronas Mercedes Formula 1 Team: a hugely successful combination that won 7 drivers’ championship and constructors’ championship.

Possibly the world’s most famous lager, Heineken have a long-lasting tradition in sponsorship, with several top-tier partnerships in the UEFA Champions League, the European Rugby Championship Cup, the Heineken Tennis Open, the Oxygen festival and so on.

Since 2016, the Amsterdam group are also a main sponsor of the Formula 1 Championship and the Event title Sponsor for the Italian Grand Prix.

Strongly followed by a robust “never drink and drive” campaign, Heineken’s activations in the Formula 1 world have never been short of amazing, the greatest possibly being the “pit wall bar”, where tiny canopies in the shape of those of Formula 1 teams were sent home to lucky customers on race day to provide for a exceptional experience.

If there’s a sponsor whose values perfectly match those of the sponsored property, that has to be the case of Rolex. This exquisite watchmaker from Switzerland is the epitome of class, precision, heritage and luxury: a very fitting description for the pinnacle of motor racing.

Rolex branding can be found along the tracks of the 23 rounds of the Championship, while a Rolex maxi watch graces the exit of the Pit Lane, signaling the exact time for the lights to go green on the grid. A truly, erm… timeless partnership.

The teenage dream of any sport marketing agency, Aramco operates the largest oil production in the world and sits at number 16 in the list of the largest companies by revenue on the planet. In 2020, the Saudi Arabia company chose Formula 1 as one of their go-to marketing tools and inked a deal worth $450 Mil. Needless to say, their visibility went through the roof and their blue-and-green logo is now very well known to any F1 fan.

Stop for a second and think: there’s just one thing connecting a 12-Million-dollar Formula 1 car to the asphalt and that’s…rubber. This should give you a rough perspective of how important tires are in the overall picture of racing: they must be safe, fast, fun, packed with tech and strong enough to allow for jet-fighter-type accelerations. It should not come as a surprise then that rubber manufacturers line up to become an official supplier for the planet’s top auto sport.

Since 2011 Pirelli is the name of the game, providing for the F1 Championship’s needs and building state-of-the-art tires that come in seven compounds: five slick for dry tracks and two rain compounds for wet tracks.

Pink-panther theme time: can you be invisible and under everyone’s nose at the same time? Sure you can, just ask Ferrari.

Cigarette marquee name Philip Morris is still Maranello’s closest friend, even if they had to pass up a thing or two. Following the tobacco ban that put an halt to smoking sponsorship in the early 2000’s, Philip Morris decided to stay on-board and go for a more undercover partnership. Following a period of pure marketing extravaganza (bar codes, really?), PM had to go back to the drawing board before presenting their latest, erm, masterpiece: the Mission Winnow initiative.

Promoting a smarter, more cooperative and sustainable culture and lifestyle, Mission Winnow is, in their words, a change lab focused on reframing global conversations. What it means, I’ll never really understand, but hey, it’s on the hood of my favorite team so it must be good.

Question: how do you move the world’s biggest motor championship from one continent to another? If it’s all fun and games from, let’s say, Monza to Barcelona, it’s a whole different ball game when you have to take the thing to Melbourne. That’s right: planes. And boxes, a lot of boxes.

Swiss businessmen Dominique Guenat and Richard Mille might be relatively new to the world of watchmaking, their brand kicking off in 2001, but sure they entered the market with a bang. Their super-expensive timepieces not only are clearly recognizable for their “always-visibile-movement” but also worldwide famous thanks to an extensive sponsorship strategy.

Racing and Formula 1 in particular are front and center in Richard Mille’s marketing, with one of the founders also sitting in the board of the FIA. Richard Mille branding can be found on several cars, drivers’ lids and track signage in the premier class but the company is also heavily involved in the junior classes and grassroot programs.

This is just me being me, I know. But the Martini racing livery, man, there’s just something about it.

Martini & Rossi are an Italian multinational alcoholic beverage company famous for their vermouth and sparkling wine. Their history in racing sponsorship began in the early 50’s, when their icons logo started to appear trackside and on bridges at the Grand Prix. In 1986 Martini launched the Martini Racing Team, that then proceeded on to win the LeMans 24h and the Sebring 12h with Porsche and the Rally World Chmpionship with Lancia and then entered the F1 field in 1972.

Martini might not have been in Formula 1 for the past two or three years, their latest sponsorship with Williams, but they sure are one of racing’s most iconic and class acts. 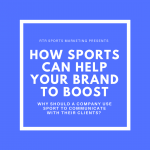 How sports can help your brand to boostMotoGP, Sport Sponsorship, Sports Marketing 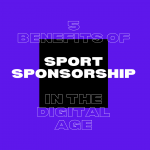