Is the “Dream Team” a good thing for MotoGP?

The signing of Lorenzo for the working Honda HRC Team has struck the paddock like a lightning two weeks ago. I had the time to digest it and I am sharing a couple of consideration because I am wondering about the health of MotoGP. I consider MotoGP the most entertaining and thrilling category of all motorsports, 4 wheels included.

The continuous overtaking, the acrobatic maneuvers, the speed and the possibility for many different riders to win races make this sport a gem to be preserved and, to tell you the truth, I fear the arrival of the “dream team”. Obviously, I must congratulate Honda Repsol that have put together what, according to the numbers, is possibly the strongest lineup ever.

So with the exception of the happily retired Casey Stoner, who won the world championship in 2011, the last seven championships have been snatched by one of the two components of this Honda dream team. Honestly, 2018 doesn’t look any different.

In this 2018 Marquez and a revived Lorenzo, who now comes from two victories, ride different bikes: Honda and Ducati. Adding variables as putting the two best riders on different equipment is most likely to add spice to the races. The crowd loves to watch fierce competition and plenty of overtaking and they like uncertainty.

My personal experience in F1

I fondly remember the F1 years dominated in the late 80s by an invincible McLaren Team whose drivers answered to the names of Senna and Prost. In 1989 they were spectacular. They were fast, they won all but one race and they killed the championship, making it rather boring: you knew before the race started that one of the red and white cars were going to win it.

However Prost and Senna champions like no others, both wanted to win and the situation was therefore tense. Then, the drama came afterward and we all remember the famous accident between the two at Suzuka in 1989 https://www.youtube.com/watch?v=pa51oAiH-lA  that led to Prost eventually winning the championship and leaving McLaren to Ferrari.

And again the following season we watched the same accident in Suzuka,  that time Prost on a Ferrari and Senna still on a McLaren https://www.youtube.com/watch?v=JknW7h8DS0s this time with Senna World Champion.

I am saying it, because apart from them, in those years there weren’t other combination of drivers and cars capable of winning and only the charisma and rivalry of those two giants of motorsport saved the show and the entire Circus when they both shared the cars from Woking.

Looking to the future

Next year, I hope that a quick Ducati and an improved Yamaha will guarantee to all of us the possibility to enjoy some great races; I do not want to think that we need a big rivalry, dangerous on two wheels, to keep alive the interest of the championship. We have already witnessed some tense moments in the past and, quite frankly, dangerous riding is not what should make this sport entertaining.

On the other hand, if I were the team manager of HRC, I would have done the same thing because you have to seize the moment if you can offer a 5-time World Champion a saddle.

To sum it up

I do not want to belittle the rest of the grid and I hope that KTM, Suzuki, Aprilia, Yamaha, and Ducati will push even more on R&D to give to their riders the most competitive bike ever.

youBut numbers don’t lie and I believe that we are going to witness a spectacular rivalry between Marc Marquez and Jorge Lorenzo in the next few years.

If you would like to have a chat about MotoGP we can always be reached at info@rtrsporst.com 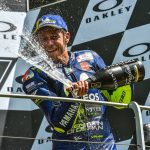 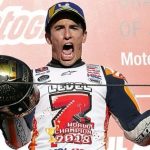