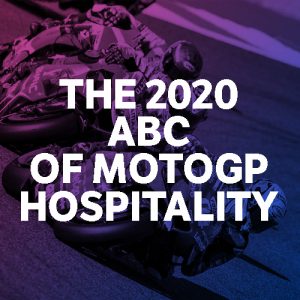 A – Around the World

The MotoGP World Championship travels 5 continents and 19 races along 9 months of fierce competition. From Australia to Italy, from Argentina to Japan, from the United Kingdom to the United States, almost every corner of the planet is reached by the most spectacular two-wheel racing series in the world. Are you looking for 2020 MotoGP Packages?

The feeling of attending a MotoGP race is unique and truly unforgettable. Everything screams excitement and adrenaline: the roaring of the engines, the ooh’s and aah’s from the crowd, the smell of petrol and rubber, the immense speed of the bikes on the tarmac. If you’ve never been to the racetrack before, pay a visit: you’ll be thankful.

Need some memorabilia like hats, shirts, glasses, flags and other paraphernalia? If you’re at the track, head over to the Commercial and Vending Area and get ready to make them banknotes rain.

Since 1991 Dorna has been running the MotoGP championship, alongside many other motorcycle racing series. The company manages 52 events, 175 races, 436 riders along the year, so the guys know a thing or two about a day at the races. While their world-class organization only rarely is recognized from the TV screens (as they’re elegant enough), once you’re at the track it’s pretty obvious they’re all over the shop. From huge TV compounds to race direction, from security to logistics, from media to hospitality services, you’ll see plenty of their white shirts around. Hat off to them.

With four races in the Calendar (Jerez, Barcelona, Aragon and Valencia), Spain truly is the home of the MotoGP championship. And while Italy and the UK may show the same amount of sheer passion, there can be little doubt this is mainly a Spanish paddock. Their love for the sport is infinite and their faith in their heroes unlimited. So, if you have the chance, catch a plane to Barcelona or Valencia, and witness the excitement right where it springs from.

Maybe you’re too young to remember, but some 34 years ago the World Motorcycling Championship used to have a race in Finland. The MotoGP Finnish Grand Prix will finally see the light again in 2019 when the mob will race on the brand new Kymi Ring in Iitti (it’s so brand new they’re still building the thing).
Not only it will be a historic comeback for the Championship but a very interesting round too, as it’ll easily become the most northerner round of the calendar. Hello, Santa!

Did you know a MotoGP weekend could provide a great food & wine experience too? Well, if you’re a guest of the MotoGP VIP Village, get yourself ready for a sumptuous gourmet experience. Along the 19 rounds of the Championship, the chefs and cooks of this exclusive hospitality experience will treat clients with local delicacies, traditional dishes, superb wines and great bartending. Tasty!

Believe it or not, the whole paddock is one moving circus. And it’s travelling via trucks. Much like futuristic Transformers, these wheeled beasts quickly turn into sumptuous lounges, functional kitchens, multi-connected meeting rooms and luxurious bedroom. Go to the circuit one week before the race and nothing is there. Return to the same place onFridayy, and it’ll look like a village from the fairy tales, with people watering the plants, kids zooming around in scooters and managers having a drink on the top of parquet-finished terraces. Magic. Trucks are what brings MotoGP to your town, so if you ever see one of these big boys on the highway, let them know you’re a fan with a polite honk.

The infield is the part of the circuit nested between the bends of the racetrack and is usually reachable via an underpass or a bridge. If you’re planning to buy a MotoGP ticket, keep in mind this is usually the best place to watch the race, as the action unfolds totally around you. The “prato” in Misano is a good example of this, with an excellent view of the Quercia and Tramonto sectors.

The European leg of the calendar kicks off in the historic circuit of Jerez de La Frontera and erupts in a burst of joy and passion. Nested in the sun-scorched province of Cadiz, Andalusia, Jerez is the roaring heart of Spain. And boy, oh boy, what a show they put on during the Grand Prix weekend. Thousands and thousands of bikes and cheering bikers meet here, in a fiesta of horns, burnouts and chants of joy. Inspiring.

The Matrix actor and living legend Keanu Reeves is a true petrol head. Not only the guy loves his bikes to bits, but he’s also started his own company and showcased his creation earlier last year at EICMA Milan. A genuine fan, Reeves can easily be spotted in the MotoGP paddock, strolling around like he’s Mr Unknown. Coolest bloke on earth.

If you plan to use the MotoGP Championship as a platform for your business meetings, which of course we strongly suggest, there’s nothing better than a corporate Lounge in the MotoGP VIP Village. In an exclusive, luxurious environment you and your team will enjoy all the room and time you need, while the World’s fastest championship zooms by the windows.

We mentioned Jerez before, but Italians are no slouches when party time hits the clock. The old saying goes “No sleep at Mugello” and the belpaese fans stick to their word. The superb hills of Tuscany become stage to a 72-hour party, while yellow flags, hats and shirts can be spotted everywhere. On the other hand, Misano is no different, as the Rivera becomes the perfect setting for all the motor valley passion. Romagna mia, Romagna in fiore.

One of the most touching and heartfelt moments of a MotoGP weekend is the National Anthem. Riders standing in the grid, music blasting through the speakers, jet fighters passing by while the crowd are standing and flags are flown. Heads up.

Who doesn’t like a thrilling overtaking? And while TV broadcasting is often quick to show the details of the best moves, at the track passing manoeuvres are saluted with the ooh’s and the aah’s of the crowd and the roar of the fans. Mind you, nothing beats being there when your favourite rider takes the top spot via a remarkable showcase of courage and skill.

Unfortunately, loads of poor communication has surrounded this object. Advertising and media had fans chasing this little piece of plastic, and thinking they could meet the riders, enter the trucks, see the race from A-list seats. Time to break the myth.
MotoGP Paddock Pass are not designed for fans: rather, they actually provide a very patchy day at the races. And they are absolutely not for sale. With nowhere to eat (hospitality trucks are for guests only), nowhere to sit (it’s not a public park) and not a single place to watch the race, you’ll be longing for a general admission ticket pretty soon.

I’m a bit of a purist here, and for me, nothing beats the thrill and the excitement of qualifying. I know, no points are given on a Saturday, but at the end of the day, if motorcycle racing is about pure speed, this is the real thing. The concentration of the riders to set the perfect lap, the beauty of the fastest lines, the power of the engines detonating on the straights. If you have the chance, take advantage of your MotoGP weekend and witness the show of a qualifying session.w

The Doctor, the legend and, quite possibly, the greatest rider the world of motorcycle racing has witnessed. There can be little doubt Valentino Rossi is one of the main reasons fans attend a MotoGP race by the thousands, with large crowds waiting outside the Yamaha Trucks just to get a glimpse of the champion.

If you think Sunday is the perfect day to hit the racetrack, think twice because there’s nothing quite like a MotoGP Saturday. Not only Saturday is the longest day of the weekend thanks to the combination of free practice runs and qualifying, but it’s also the build-up to the big day ahead. So, like, everybody’s pumped up and the paddock is pretty lit. Parties are thrown, music booms from hospitality trucks and guests are served with aperitifs and glasses of wine. Everyone’s favourite.

The Chang International Circuit in Buriram, north est of Bangkok, will be home to the first historic Thai Grand Prix. With interest in Thailand incredibly high, the paddock will hit Thailand on October 7th, with contracts for the 2018-2019 and 2020 season.

Colorful and ever-stylish, team uniforms can be spotted everywhere in and outside the paddock during a MotoGP event, and quickly became a fan favourite for the fans. You can buy the original thing at official stores in the Commercial Area or at the MotoGP online shop.

The most exclusive two-wheel hospitality package on the planet, the MotoGP VIP Village truly is the place to be. From paddock tours to pit lane walks, from gourmet catering to exclusive venues, the VIP Village is the perfect option for those willing to enjoy a MotoGP weekend in grand fashion. Oh, by the way, we happen to be an Official Agency. So if you’re curious give a look at our dedicated page here.

Along with the Paddock Tour, the Pitlane Walk is one of the most loved services offered by the MotoGP VIP Village. This exclusive experience will take you right on the tarmac and in front of the pit walls and garages. Basically, it’s as close as you can get.

Frenchman Johann Zarco has ridden an incredible season. Onboard his Tech3 Yamaha the former Moto2 champion has scored 174 points in the championship and finished 6th overall, some 40-ish points clear of Ducati superstar Jorge Lorenzo just like why not. The direct consequence of this was a platoon of French fans flooding the tracks all over the world to cheer for their hometown hero and celebrate motorcycling. Vive la France.

Want to read more? Discover out other ABC of MotoGP Hospitality! 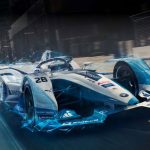 Wishing to sponsor Formula E? We have 21 good reasons to be in the game.Sport Sponsorship 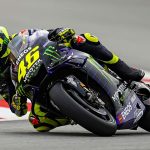 5 trends of MotoGP 2020 Sponsorship: what to expect for the new seasonSport Sponsorship