Aprilia: coming back from 2018

MotoGP 2018 was frustrating for Aprilia, with team boss Romano Albesiano placing the blame for a disappointing season squarely with the new bike used. Something, he says, “honestly went not exactly right in the design… and we struggled a lot.”

The challenge for Aprilia will now be to return to the standard that the team was at in 2017, which saw them place more highly in the tables throughout the season. Luckily, the expertise of new MotoGP 2019 rider Andrea Iannone already seem to be paying off – and the feedback he’s provided on bike performance can only be a positive development.

Former world champion rider Jorge Lorenzo has a new bike to get to grips with, after his pre-season move from Ducati to Repsol Honda – but he’s embracing the new challenge, as well as the fact that he’ll be up against current number one Marc Marquez on the same bike throughout MotoGP 2019. Read more about Lorenzo’s new challenge at Repsol Honda and how Marquez has reacted here.

A “promotion” for the Sepang International Circuit team

The Sepang International Circuit team, aka SIC, has moved from the lower rungs of motorsport to replace the Tech 3 team as the Yamaha Independent Team for MotoGP 2019. It’s a great step up for a team that’s always competed at Moto2 and Moto3 level in the past, and the SIC riders will need to be on top form all season to keep up with their new, world champion-level MotoGP rivals.

As Bike Sport News points out, both Alex Rins (of Suzuki Ecstar) and Franco Morbidelli (of Yamaha) are carrying the weight of their teams because they’re both riding alongside rookies – in Rins’ case the “extraordinary” Joan Mir, and in Morbidelli’s the French former Moto3 champion Fabio Quartararo. Whilst these rookies are on great form, the job of winning will likely fall of the more experienced riders’ shoulders. So, will Rins and Morbidelli step up to the challenge for their respective teams? Only time will tell…

Want to learn about how RTR Sports Marketing can help out with your sports sponsorship campaigns? Contact us now at info@rtrsports.com 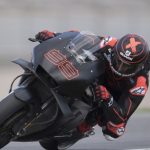 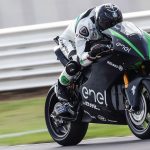 MotoE sponsorship: do not miss the chanceMotor Racing