When it comes to successful sports sponsorship campaigns, our thoughts are likely to turn immediately to Red Bull.

With 2012’s Red Bull Stratos, where Austrian skydiver Felix Baumgartner parachuted to Earth from the edge of the space to the more recent Red Bull Rampage 2018, it’s fair to say that the energy drink has cornered the market for extreme sports sponsorship for years. They’ve also got successful current campaigns with sports including football and MotoGP.

But what about less dominant examples? What other brands are killing it right now when it comes to sports sponsorship?

Before Manchester City’s current Premier League dominance, their relationship with the official lead sponsor (and club owner) Etihad Airways was already one of the most prominent in football. In a partnership that has lasted nearly a decade, the United Arab Emirates-based airline has seen its investment come top in both the FA Cup (2011) and the Barclays Premier League (also in 2011-12).

Now, with Manchester City sat at the top of the Premier League, all eyes are on the Etihad Stadium. It’s a huge success for an airline that was only set up in 2003.

Potential problems? There’s a chance that the club’s owners also being its sponsors might affect the brand’s activities going forward, due to a conflict of interest flagged by Uefa – but there has been no action on that yet.

The 2018 Winter Olympics in PyeongChang was a great example of a brand utilizing a sports championship to great effect. Whilst an ad campaign rather than a sponsorship, Procter and Gamble’s ‘Thank You, Mom’ campaign leveraged the power and emotion of the world’s biggest winter sports championship to achieve ROI for its products.

Potential problems? Too much schmaltz? Potentially, yes, but we love it.

With over half of English Premier League teams working on sports sponsorship campaigns with betting companies (and betting brands’ prominence in lower league clubs dominating too), the hold the gambling industry has on this space is undeniable. The benefits of the relationships created, when betting companys’ business models rely on consumers’ investment in the outcome of sporting competitions, are obvious. Premier League sponsors with gambling companies as title sponsors include Everton, West Ham, Fulham, Wolves, Bournemouth, Burnley, Huddersfield, Crystal Palace, and Newcastle.

Potential problems? The issues here surround public health and the potential danger of encouraging people to associate sports with gambling, meaning brands like Ladbrokes need to be extra careful about their wording and the messages they’re portraying as part of their sports sponsorship campaigns.

A great example of positive action comes from Crystal Palace and their shirt sponsor ManBetX, who are working with GambleAware to ensure that the message that they’re portraying is a responsible one.

What’s the future for brands and sports sponsorship?

With technology moving forward at lightning speed and checks potentially being placed on the brands that currently dominate the sports sponsorship market (i.e., gambling companies) it might be time for big tech to move assertively into the space.

It’s already happening, of course – Google’s sponsorship of Major League Baseball looks set to specialize, with Google Assistant sponsoring the league, and there are rumors that Facebook could be considering sports sponsorship too. The future could see Virtual Reality or AI companies taking a leading role, which could open up exciting, tech-led activation opportunities. Watch this space and for any curiosities contact us at info@rtrsports.com 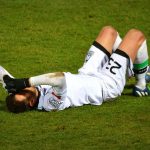 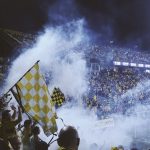