Today Dani Pedrosa scored his third consecutive podium finish after starting the French GP from the 13th spot on the grid and making a great comeback to finish third in front of over 104,000 spectators, a new record for the Le Mans event. The last time Dani was in the top three for three consecutive races was in 2014 (Catalunya, Assen, Sachsenring). He is now third on the list of most career podium finishes with 147, behind Agostini (159) and Rossi (224).

Dani got away well and completed the first lap in seventh place. He pushed his way past Dovizioso on lap 10 and passed Crutchlow on the next lap. He soon began closing in on his teammate before Marc Marquez slid out from fourth place. Rossi’s last-lap crash allowed Dani to gain 16 important points and move up to second in the World Championship standings, 17 points off the lead.

Marc had a good start and was keeping a fast pace in fourth position when he lost the front and crashed out of the race in the first corner on lap 18. Despite today’s DNF, Marc is fourth in the Championship, 27 points down on Viñales.

The Repsol Honda Team will take part in a test in Catalunya this week. 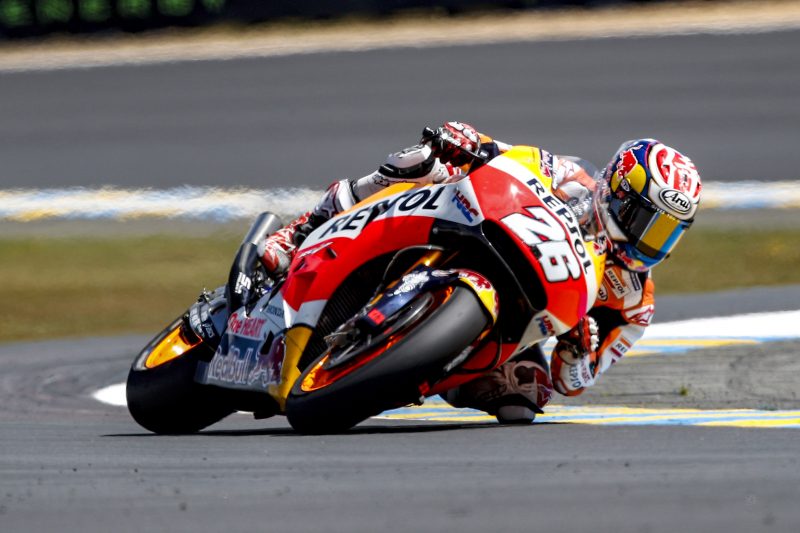 “I’m super happy about this podium because I knew it would be quite tough to manage the race well starting from the fifth row on the grid. The thought of getting through that first chicane at the back of the pack meant a lot of pressure. It was a demanding mental exercise to try and be fast but not crash, being aggressive but calm! But in the end I got a good start, entered the first corner quite well, and quickly settled into a good rhythm. I recovered some positions and also touched with Cal along the way. I’m sorry for that but really it wasn’t intentional. I had just moved past Dovi and wasn’t going to pass Cal in that corner, but he made a little mistake that opened the line slightly, so I got trough on the inside and we touched. I’m happy nothing really happened there. After Marc crashed, I kept pushing but I was two seconds behind the Yamahas. I was starting to feel some chattering, and I decided to stay calm as I didn’t want to make a mistake. I think we had a good race and a very good result for the Championship. It’s just a shame that this weekend we couldn’t do well in qualifying, but we’re working with the team very well and the feeling with the bike is improving little by little. We just have to continue on this path for the next races.”

“Of course today wasn’t the best for us. It’s a shame as I was really focused on trying to finish the race. Since yesterday, I haven’t felt totally comfortable with the front and and it seems like the first sector of the track wasn’t ‘my’ sector this weekend! I knew what my pace was and that the Yamaha riders were stronger today, but my target was to fight for four or fifth place and just be competitive until the end. I tried to be careful but then for some reason I lost the front very quickly. I didn’t expect this mistake but the good thing is that we’re not very far back, only 27 off the lead. I hope that I’ll have more confidence in the front with the new tyre Michelin is bringing. We have to work hard and try to recover but I look forward to doing better in the next races.” 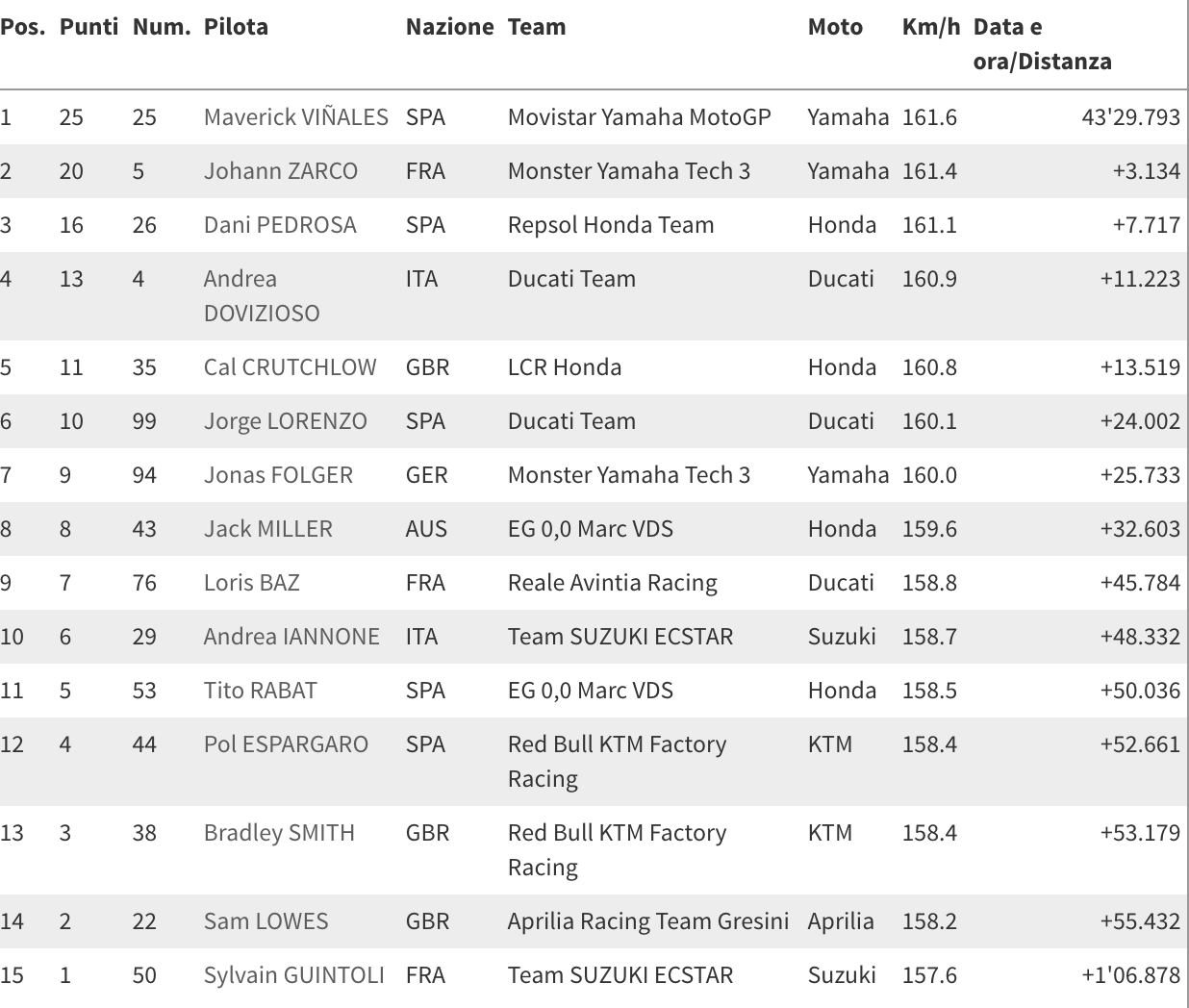 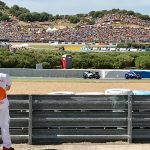