Although some companies are willing to sponsor very popular sports, they sometimes refrain from doing so as they cannot see any connection with their products. Historically, the food industry is one of the most unlikely sectors to partner with motorsports. Let’s try and examine this issue drawing an example.

Take a company – a producer of canned tuna, for instance – and imagine this company cannot understand how its product can be associated with motorsports or the MotoGP. The company management realises that sports sponsorship may be extremely effective and that being part of the sports event may bring about large benefits. However, they also think that they cannot afford a solemn entry into sports sponsorships for either budgetary reasons or simply for the sake of good sense. The Marketing Director has examined some sports, starting from the most popular disciplines that enjoy the largest television and press coverage; he has collected information on soccer, Formula1, grand classic cycling races such as the French Tour de France, the Italian Giro d’Italia and the Spanish Vuelta, and MotoGP, of course. In the end, however, he has decided to quit because he feels that his budget is not enough to get noticed in these highly coveted and crowded environments, which are supposed to be for exclusive use by companies with thick wallets.

Honestly, other than budgetary reasons, the actual motivation to justify the director’s decision to step back seems to be his belief that MotoGP and canned tuna are quite two worlds apart. So, despite the more affordable costs compared to other disciplines with a comparable level of visibility, the distance perceived between the two wheels and canned tuna has eventually lead the director to stay at the window and give up a powerful and efficient marketing tool.

A word in defence of the MotoGP Championship

Let’s start from the typical TV viewers of the MotoGP. According to the 2018 data presented by Dorna, 70% of TV viewers are men and 30% women. Now, let’s go back to our initial example, canned tuna: it is pleasing to find out that Spain and Italy are the two European countries with the highest consumption of canned tuna per capita. By the way, Spain and Italy are also the home countries of a multitude of two-wheel champions of the past, present and future such as Rossi, Marquez, Lorenzo, Biaggi, Vinales, Capirossi and many more, who are well known to everybody, including to Mrs Smith. And, to your knowledge, Mrs Smith is not the only family member doing the shopping for the household, food included.

First of all, the target audience follows them. Secondly, the riders are athletes and they pay great attention to the selection of products they eat. Their diet is supervised as much as that of any other high-rank sportsman. The training they take to be able to ride their prodigious bikes would make them eligible to compete in many other disciplines, ranging from cycling to fitness https://www.youtube.com/watch?v=0XqhXoQ3J8M

What happens outside the racing track in the competition weekend?

In addition to all the good reasons above, it is worth mentioning that lunchtime is a crucial moment in the economy of the racing day and the teams, which are competitive at all levels, also compete on the food front and they wish to offer their guests the best food ever.

Find us a better way to put your products under the spotlight than using them directly in exclusive venues such as VIP Hospitalities during a great sports event like a MotoGP race. Besides giving visibility to the brand, you will have the opportunity to have the guests and clients try your specialities.

This is only one aspect, though. Another may be events organised in the paddock just for you.

Another example can help. The sponsorship may give you the chance to organise an exclusive dinner in the paddock – quite an unusual ambience, isn’t it? – in which the guests may try the delicacies cooked with your own products and then take a tour in the boxes at an unconventional time – the time when everybody is more relaxed and ready to share technical details and curiosities more than in the frenzy of the morning where people have their eyes stuck on stopwatches and do not want to be bothered. What if you could invite to the dinner the buyer of the large distribution chain you have been longing to have an informal chat with for so long? Having a passion in common to break the ice is quite an interesting starting point, isn’t it?

MotoGP, in short, may offer a food company various benefits, including:

This is only a partial list of the opportunities a partnership with the MotoGP can offer to any producer of foodstuff, whether canned tuna or other products.

If you wish to check how and whether products similar to your own are currently used by MotoGP teams and organisers and how your brand may be communicated using the most exciting two-wheel championship, drop us a message at: info@rtrsports.com.

*A partnership is required with the championship organiser.

**An agreement needs to be achieved with the championship organiser. 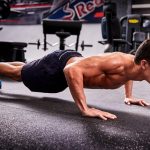 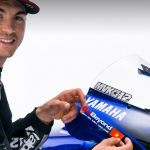 What does sports sponsorship in Vietnam look like?Sport Sponsorship