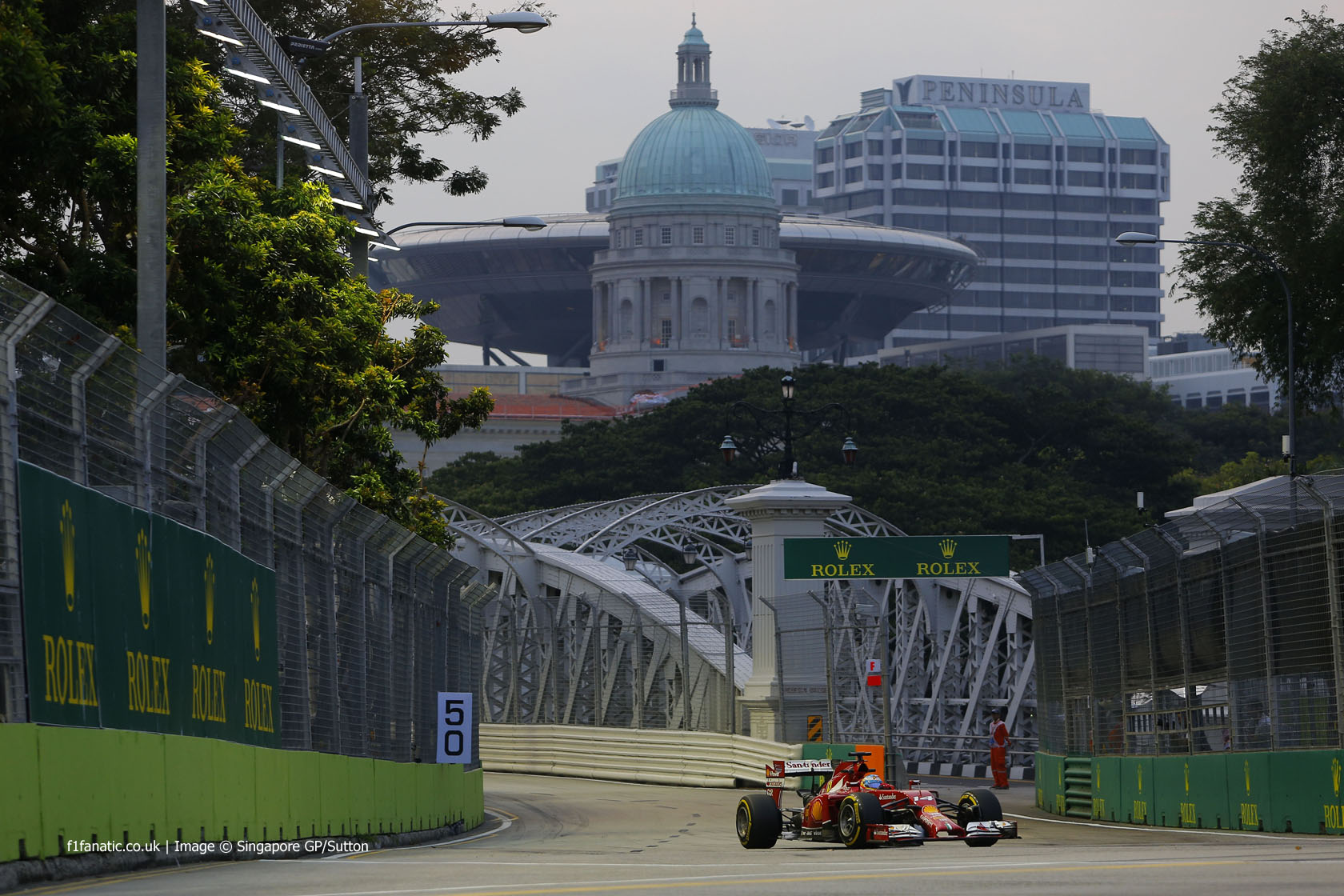 The 2014 Singapore Grand Prix weekend kicked off today with Friday Practice on the Marina Bay Street Circuit. Fernando Alonso and Lewis Hamilton were fastest in the first two sessions, as drivers such as Sebastian Vettel and Pastor Maldonado hit problems.

In the first 90 minute session, Fernando Alonso edged out Lewis Hamilton by a tenth of a second to top the session for Ferrari. Nico Rosberg was just a few thousandths down on his team-mate in third place.

The two Red Bull drivers finished the first session in 4th and 5th, with last year’s winner Sebastian Vettel just ahead of Daniel Ricciardo. The session didn’t end well for the reigning champion after he suffered a suspected engine problem near the end of the session. Jean-Eric Vergne was sixth fastest for Toro Rosso but also suffered battery problems during the session. Kimi Raikkonen was 7th and also hit problems after a brake failure due to the intense heat of the session.

Jenson Button ended the session 8th ahead of Daniil Kvyat, who made it two Toro Rosso’s in the top 10. Sergio Perez completed the top 10 after having led the session early on. Both Williams were out of the top 10, with Massa P13 and Bottas P16. 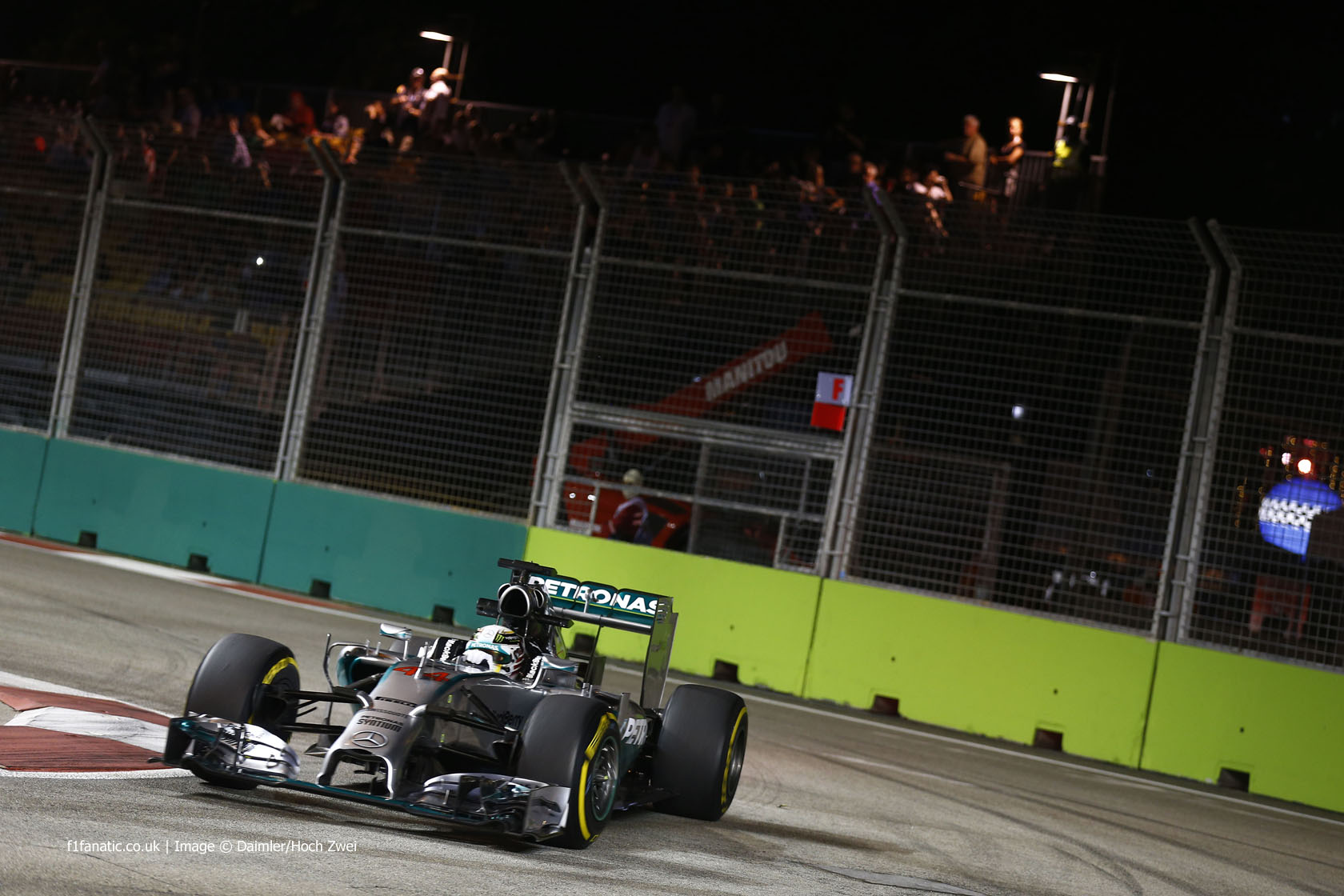 Lewis Hamilton put Mercedes back on top in the second session after pulling out a tenth advantage over Fernando Alonso’s Ferrari. Daniel Ricciardo took 3rd at what the Red Bull team think is their best chance since Hungary at taking a Grand Prix win. Kimi Raikkonen took 4th to outline the seemingly good pace in the Ferrari.

Sebastian Vettel was 5th fastest after missing a majority of the session. The engine problem from FP1 had resulted in a lengthy re-build. He only got 5 laps done in the session, which was enough for him to get into the top 5; just ahead of the McLaren and Force India drivers.

Daniil Kvyat and Jean-Eric Vergne took 10th and 11th fastest. Nico Rosberg was down in a very disappointing 13th place, but could’ve been much higher up had it not been for a red flag being deployed on his fastest lap after Pastor Maldonado crashed at the Singapore Sling.

The Williams cars once again failed to get into the top 10. Massa ended the session 17th, with Bottas 18th. The heat of Singapore continued to make life difficult for the 2014 Formula One cars, with Max Chilton’s Marussia coming to a halt after a turbo failure. 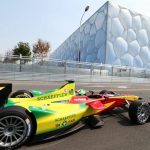 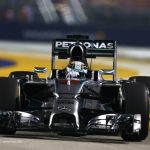