Scuderia Ferrari have launched their 2015 car which will be driven by Kimi Raikkonen and new driver Sebastian Vettel. The SF15-T as expected isn’t revolutionary in terms of it’s livery design; but it features another unique take on front nose design thanks to a long, rounded edge. 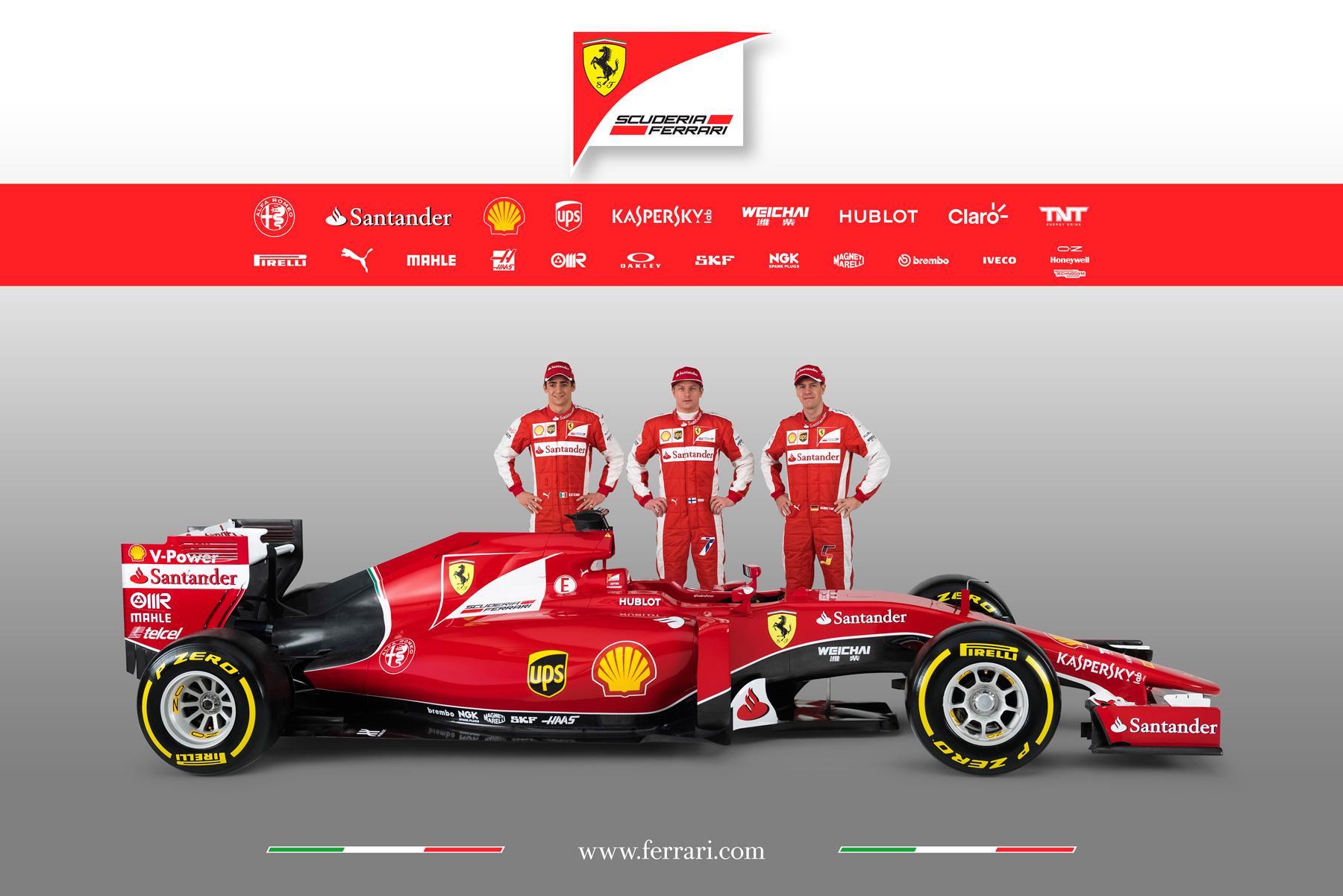 The car, featuring a raft of new sponsors including Alfa Romeo, Claro, Haas and Telcel, was revealed online on the team’s website. Drivers Raikkonen and Vettel, along with third driver Esteban Gutierrez are also pictured with the SF15-T.

The team have undergone another large management overhaul as they welcome Maurizio Arrivabene as team principal and Sergio Marchionne as president. This is also the first car to be completely designed by technical director James Allison.

“We’ve tried to make sure the weaknesses we felt were particularly notable on the ’14 car were put right for the 15 car,” Allison said, “The back of the car is something that is noticeably different from the 2014 car where we have been successful in pulling the bodywork much tighter to everything underneath the skin,”

“That’s been done through a lot of work not just in the wind tunnel but also in the design heart of the company to try and find radiator designs that were fundamentally more efficient. So for every square centimetre of radiator we’re able to extract more cooling this year than last and therefore able to close the car down at the back significantly.”

“I think all the cars on the grid this year are going to be more appealing around the front,” said Allison, “because after after a few years of trying I think we’ve finally invented a regulation that gets what we wanted from a safety point of view but also doesn’t create the rather unappealing features of the last few years”.

“So I think everyone will look a lot prettier from the front and the 2015 Ferrari is, I think, nice in that regard.”

Sebastian Vettel, who moved to the Scuderia after spending his whole F1 career sponsored by Red Bull, will be the first to drive the car on Sunday in the first pre-season test in Jerez. He will alternate days with Kimi Raikkonen who expected to be entering his last season in Formula One.