Lewis Hamilton has taken victory in the Chinese Grand Prix at the Shanghai International Circuit. The British driver has dominated the entire race meeting after topping every practice session, qualifying on pole, leading every lap, taking the fastest lap and then taking the victory. Team-mate Nico Rosberg finished 2nd with fellow countryman Sebastian Vettel in 3rd place for Ferrari. 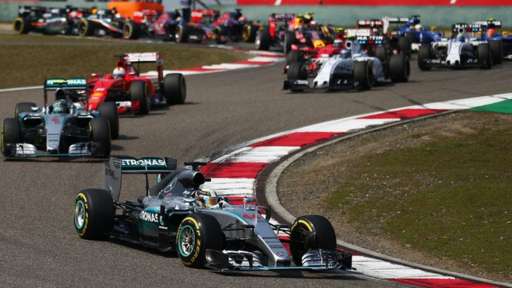 The rivalry between Mercedes and Ferrari ignited two weeks ago, when Sebastian Vettel took an unexpected victory at the Malaysian Grand Prix. The rivalry continued before the race had even begun, with Hamilton accusing Vettel of getting in the way of him during a practice start on his lap to the grid. As Hamilton pulled up to his grid slot at the end of the formation lap, he parked his Mercedes at a sharp angle toward his team-mate alongside him in order to cover him off on the run to turn 1. It worked well, with Hamilton bolting away into the lead as the lights went out. Rosberg and Vettel held station behind Hamilton, with Kimi Raikkonen getting a cracking start from 6th in the second Ferrari to vault both Williams cars of Bottas and Massa to get up into 4th.

After getting the initial getaway, Rosberg started to make slight in-roads into Hamilton’s lead by setting the fastest laps of the race. The top 10 drivers had started on the soft compound tyre that they had used in the second session of qualifying yesterday. This shorter-lasting rubber meant that the first pit-stop sequence began fairly early after lap 10. It had been thought that the leaders would change to the medium compound for their second stint, but Vettel instead elected for another set of soft tyres; meaning that the Mercedes pair had to copy him in order to cover off a potential jump in the pit-stops.

During the second stint, the Mercedes pair pulled slightly further away from the Ferrari’s of Vettel and Raikkonen, but soon Rosberg grew anxious of a potential attempt by Hamilton to back him up into the cars behind to compromise him. Rosberg asked the team to tell Hamilton to speed up, before then complaining that if he got any closer to his team-mate then his tyres would start to wear due to the disturbed air. Hamilton soon picked up the pace, but the argument would be re-visited in the press conference after the race. 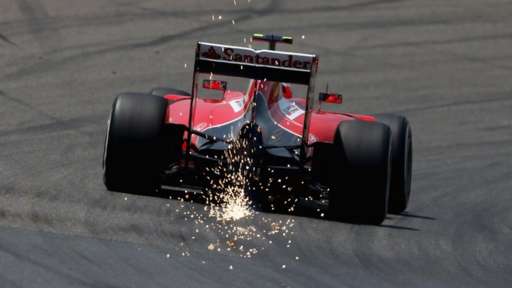 The leaders soon came in for their final stops soon after lap 30. Like the first stops, Vettel was the first of the lead group to pit from 3rd place as he put on the medium tyre. He had almost jumped Rosberg when the Mercedes driver had made his first stop and he had another chance this time around. He had a reasonable out-lap, but he was unable to vault him. Hamilton was the last of the leading group to pit, but after setting the fastest lap of the race he emerged comfortably in the lead of the race with no more pit-stops remaining.

Hamilton continued to pull away little-by-little in the closing laps, with the battle between himself and Rosberg seemingly over. Another inter-team battle was forming between the two Ferrari drivers in 3rd and 4th. Vettel had held 3rd place for the whole race, but he was starting to get caught by Raikkonen in the closing laps of the race. Raikkonen had been hampered by a number of lapped drivers, including his former team-mate Fernando Alonso who was locked in a battle with the sister McLaren of Button and the Lotus of Maldonado.

Raikkonen soon got within 2 seconds of his team-mate with just a handful of laps remaining, but he was unable to try and challenge for the podium due to an incident on track. Max Verstappen had put in a sensational drive from outside of the top 10. He had pulled off fantastic overtakes on drivers such as Marcus Ericsson and Felipe Nasr, but he wouldn’t get points as a reward as his Renault engine failed on the start/finish straight. This would be the second Renault casualty of the race after Daniil Kvyat pulled his Red Bull of earlier.

The safety car was deployed, as the marshals tried to get the stricken Toro Rosso through a convenient gate on the pit-wall. This proved to be a tough task for them however, as they pushed the car into the wall numerous times before the Toro Rosso pit-crew arrived to give them tips on how to recover the car. The car was eventually pulled into the pit-lane, but it was too late to restart the race as the final lap had begun. 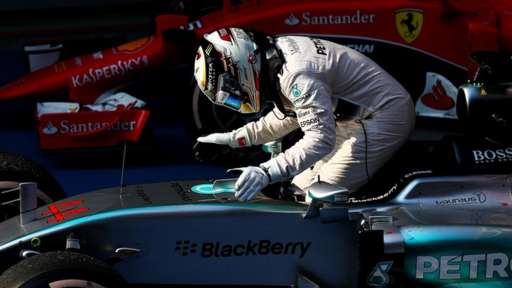 The safety car pulled back into the pits at the final corner of the final lap, allowing Hamilton to pick up some speed as he crossed the line to take his 35th career victory and his second this season. Nico Rosberg came home in 2nd to complete a Mercedes 1-2 finish as it had been a year ago. This was the perfect result for the team after losing out to Ferrari 2 weeks ago. The safety car denied Raikkonen the chance to challenge Vettel for 3rd, with the pair holding station as they crossed the line.

Felipe Massa and Valtteri Bottas held their positions after being jumped by Raikkonen at the start, with the two taking 5th and 6th. Romain Grosjean came home in 7th to take his and the team’s first points of the season, with rookie Felipe Nasr the next car behind in 8th after the Sauber team bounced back after a disappointing race in Malaysia.

Daniel Ricciardo took 9th in his Red Bull after several battles during the race. His first fight came with his team-mate Kvyat after the team had asked the Russian to let him through. Kvyat didn’t make it easy for Ricciardo however, as he spent half a lap holding him up before Ricciardo finally made the move stick after having his front nose almost chopped off by his team-mate into turn 1. Kvyat was hit with engine issues a few laps later that necessitated retirement. Ricciardo’s fights continued soon after, with a fantastic wheel-to-wheel duel with the Sauber of Ericsson. The pair traded positions throughout the race, with Ricciardo eventually winning the battle by coming home ahead of the Swedish driver who took the final points position in 10th. 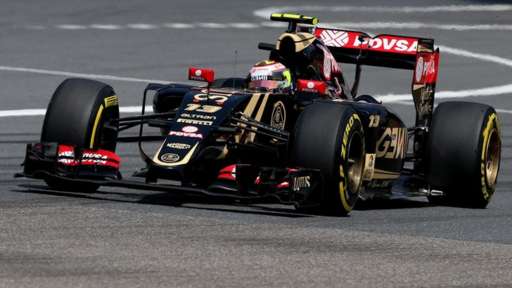 Four drivers failed to finish the race, with Pastor Maldonado and Nico Hulkenberg joining the aforementioned retirements of Kvyat and Verstappen. Hulkenberg’s incident occurred fairly on after the German reported hearing ‘a big bang’ in his Force India. Pastor Maldonado had an eventful race before his retirement. The Lotus driver made a mistake on entry to the pits, which saw him have to get pushed back by the marshals so that he could get going again. He followed this up with a spin in the middle stint. This put him back with the two McLaren drivers, whom he engaged a late race battle with. He swapped placed with Jenson Button numerous times, before the pair made contact going into turn 1. Alonso was lucky not to collect Maldonado as he spun into the run-off area, with Pastor soon bringing the car back to the pits and into retirement.

The next race of the 2015 Formula One world championship is just a week away as the drivers head to Bahrain; the site of a titanic duel between Hamilton and Rosberg last year. We could very well see a repeat of the sensation battle, with the rivalry of last year seemingly re-igniting after Rosberg’s obvious frustrations this weekend. The pair seemed to take jabs at each other after the race, with Rosberg accusing Hamilton of only thinking of himself during the race instead of the team. Hamilton defended himself by saying that he was driving the constraints of the tyres and that he was trying to get to the end of the race with no drama.

Hamilton’s victory means that he holds his lead in the drivers’ championship, with Sebastian Vettel 13 points behind for Ferrari. Rosberg is a further 4 points back on Vettel in 3rd place. Mercedes are still leading the constructors’ championship on 119 points compared to Ferrari in 2nd with 79. 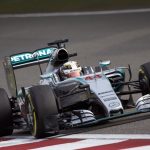 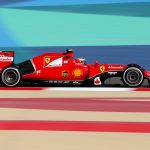