Pastor Maldonado has finished as the fastest driver on the first day of the second pre-season test for 2015. The Venezuelan lapped the Circuit de Catalunya, the scene of his only Formula One victory in 2012, with a fastest time of 1’25.011; two tenths of a second faster than Lewis Hamilton’s pole position time for the Grand Prix last year. He also completed 69 laps in the Mercedes powered E23; making today the first time that a Ferrari-engined car hasn’t finished fastest this year.

Kimi Raikkonen had been fastest for a majority of the day’s running, but was unable to keep the record going for Ferrari-powered cars in pre-season testing. The Finn completed 74 laps and only lost first place on the time-sheets in the last hour of running.

Daniel Ricciardo’s performance in the Red Bull signified a possible improvement in form for the team. He finished the day 5 tenths behind Maldonado with 59 laps on the board. He finished just ahead of Sergio Perez who spent half a day behind the wheel of the 2014 Force India. The Mexican managed 34 laps.

Felipe Nasr had a mixed day behind the wheel of the Sauber, which underwent slight changes to it’s livery after the Jerez test. On one hand, he completed 79 laps on his way to the 5th fastest time, but on the other hand he was involved in a strange collision with Susie Wolff in the Williams. The pair made contact from left-front to right-rear and ended up in the gravel at turn 5. Both cars were able to be repaired and were out on track in the final hour of running.

Max Verstappen had a very productive day behind the wheel of the Toro Rosso. The Teen completed the most laps of anybody with a tally of 94. He ended the day 6th fastest. 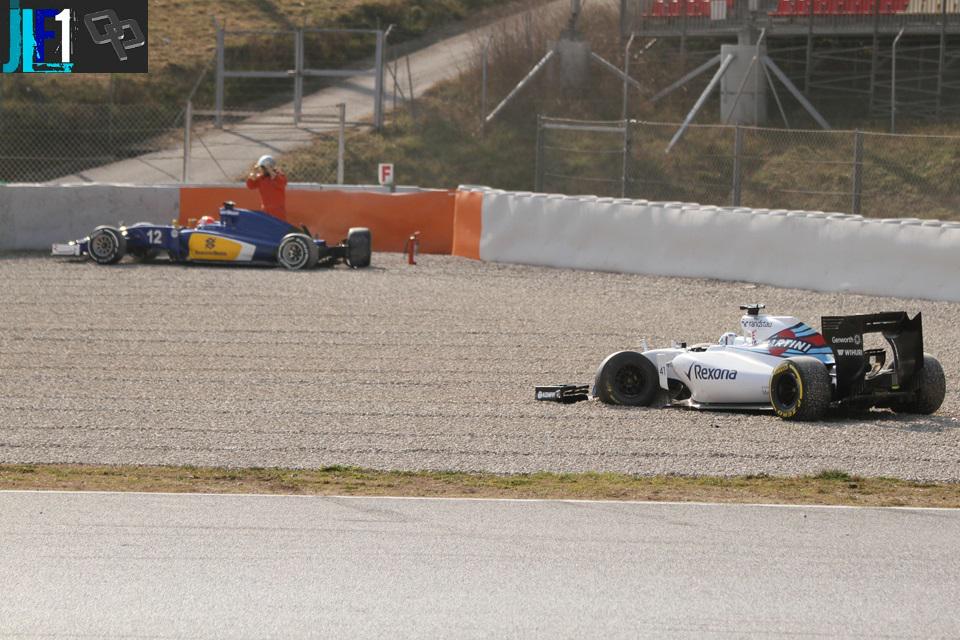 McLaren seemed to make some improvements over their Jerez test performance with their Honda powered MP4-30. Jenson Button completed 21 laps of the circuit and also managed to set a fastest time 1’28.182 to put him in 7th place; much closer to the fastest time than they were before. The team were forced to end testing early however after they discovered a faulty seal on their MGU-K unit, which requires a full power unit replacement. The team plan to be back out on-track with home hero Fernando Alonso.

Mercedes were met with a strange situation on their first day of the Barcelona test. Lewis Hamilton was scheduled to drive the W04 but was taken ill after a few laps due to a high fever. It was assumed that his team-mate Nico Rosberg would take over driving duties, but he too wasn’t able to drive after it was discovered he had an inflamed nerve in his neck. Instead, Mercedes elected to get the third driver Pascal Wehrlein, who was driving for Force India today, to get in the car for the afternoon session. Wehrlein finished 8th and 9th in the standings, with his Force India time one tenth ahead of his Mercedes best. He completed 80 laps in total; 32 in the Force India and 48 in the Mercedes.

Susie Wolff was 10th fastest for Williams and completed 86 laps despite losing time after her collision with Nasr in the afternoon. She was half a second faster than Lewis Hamilton, who only completed 11 laps in the Mercedes. Wolff will hand over the Williams to regular driver Bottas in tomorrow’s session. 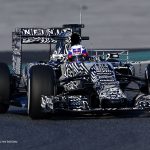