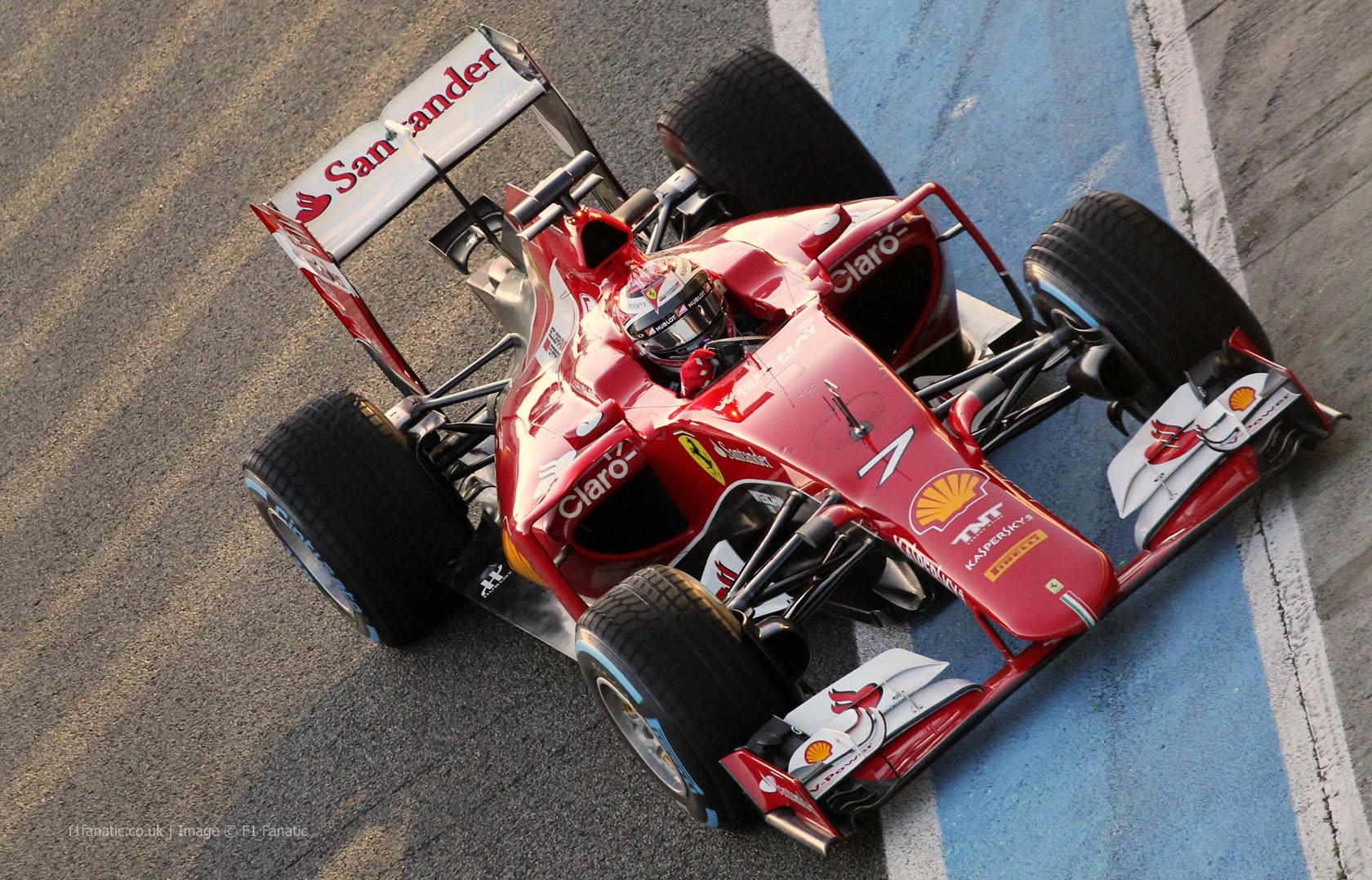 The first four days of 2015 Formula One pre-season testing came to a close today, with Ferrari’s Kimi Raikkonen finishing as the fastest man on the final day. The Finn’s time of 1’20.841, set on the soft compound in the final hour and a half, was good enough to beat his team-mate’s time which had been the best of the four day test by a tenth of a second. He also had a productive day after completing 105 laps of the Jerez circuit.

Marcus Ericsson completed another impressive day of running in the Sauber C34 to take the 2nd fastest time and the 2nd largest amount of laps. He was 1.1 seconds down on Raikkonen with 111 laps. This result means that Ferrari-powered cars have occupied the top two positions on the time-sheets for every day of the test. In a slightly anticlimactic fashion, Ericsson’s day ended slightly earlier as his car ground to a halt in the dying moments of the day.

Mercedes managed to set the most amount of laps for the day, a feat they have achieved every day in Jerez, with Lewis Hamilton setting the 3rd fastest time after 116 laps; despite having caused a red flag after spinning at the chicane. This means that over the last four days Mercedes have managed 515 laps; 135 more the Sauber’s total of 380.

Max Verstappen set the 4th fastest time for Toro Rosso and was one of the first to venture out onto the track in the damp conditions at the start of the day. He, along with Raikkonen and Hamilton, put in careful laps to start with before peaking at a 1’22.553; 1.7 seconds slower than Raikkonen. Felipe Massa followed the teenager as he put his Williams in 5th on his 2nd day in the car.

Romain Grosjean was the last driver on the grid to make his début in 2015 machinery after Pastor Maldonado had taken to the track in the E23 over the last two days. The Frenchman managed to complete a modest 53 laps which leaves Lotus with a total of 190 laps; a good total baring in mind that the team were forced to miss the first day of testing on Sunday due to the fact that their car was still on the way to the circuit.

Daniil Kvyat capped off a slightly disappointing first test for Red Bull on a slightly more positive note. The Russian completed 63 laps, the most that the team have completed on a single day this week, despite having been stopped 45 minutes into the day with an ERS problem.

McLaren ended their test with Jenson Button at the wheel of the Honda-powered MP4-30. The Briton managed 35 laps compared to team-mate Alonso’s total of 32 yesterday. McLaren’s racing director Eric Boullier was relieved to see the car start to run reasonably well yesterday after being plagued with overheating problems thanks to the car’s tight packaging at the rear end.

“You can see for yourself, the back end of the car is quite amazing,” says Boullier. “The car is very, very small at the rear. Honda have worked very hard with McLaren to make sure that we can design such a car. Mobil have taken a very interested involvement in this and thanks to them we can push the limits of cooling and we can run hotter engines, which means smaller radiators, smaller cooling system. Everything is going into achieving a tinier car. Our car is very, very extreme in terms of how small it is and this is why it was a relief to see the car running [yesterday] with no cooling issues because that was one of the main concerns.”

The teams now have a two week break to refine their 2015 challengers before the second pre-season test gets under-way at the Circuit de Catalunya in Barcelona. Force India are expected to be in attendance, but are likely to be running with their 2014 car due to the fact that their new car is not quite ready yet. 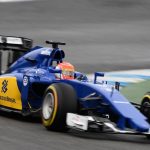 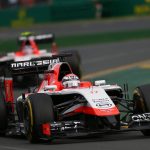