Scuderia Ferrari have announced that they will retain Kimi Raikkonen for the 2016 Formula One world championship despite rampant speculation that he would be replaced by drivers such as Valtteri Bottas.

Kimi was thought to be under threat after several lackluster performances compared to his team-mate Sebastian Vettel.

“Scuderia Ferrari announces that it has renewed its technical and racing agreement with Kimi Raikkonen,” read the statement from Ferrari, “The driver line-up next season will still consist of the Finnish driver and Sebastian Vettel.”

Kimi first raced for Ferrari back in 2007 and promptly won his only championship during that season. He was then replaced by Fernando Alonso for 2010 before returning to F1 with Lotus in 2012. He then returned to Ferrari at the start of 2014 and looks to be ending his career with the team.

“The Scuderia is my family, as I always said, it’s here I want to end my career,” said Raikkonen, “I am more committed than ever and I want to say thank you to the people who gave me this chance. Also, a big thank you goes to all my Ferrari fans, for their continuous support.”

Drivers such as Valtteri Bottas and Nico Hulkenberg were said to have a chance at replacing Raikkonen had he not been re-signed. But now that Kimi has been kept on for 2016 it looks likely that Bottas will remain at Williams. This may also affect Jenson Button’s chances of getting a Williams seat.

Formula One returns to the track this weekend with the Belgian Grand Prix, an event that has clicked with Kimi Raikkonen in the past having won their on multiple occasions. His team-mate Sebastian Vettel won last time out in Hungary, so Kimi will be hoping that he and Ferrari are competitive at Spa Francorchamps. 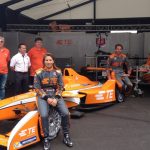 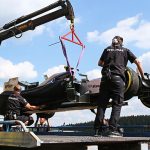