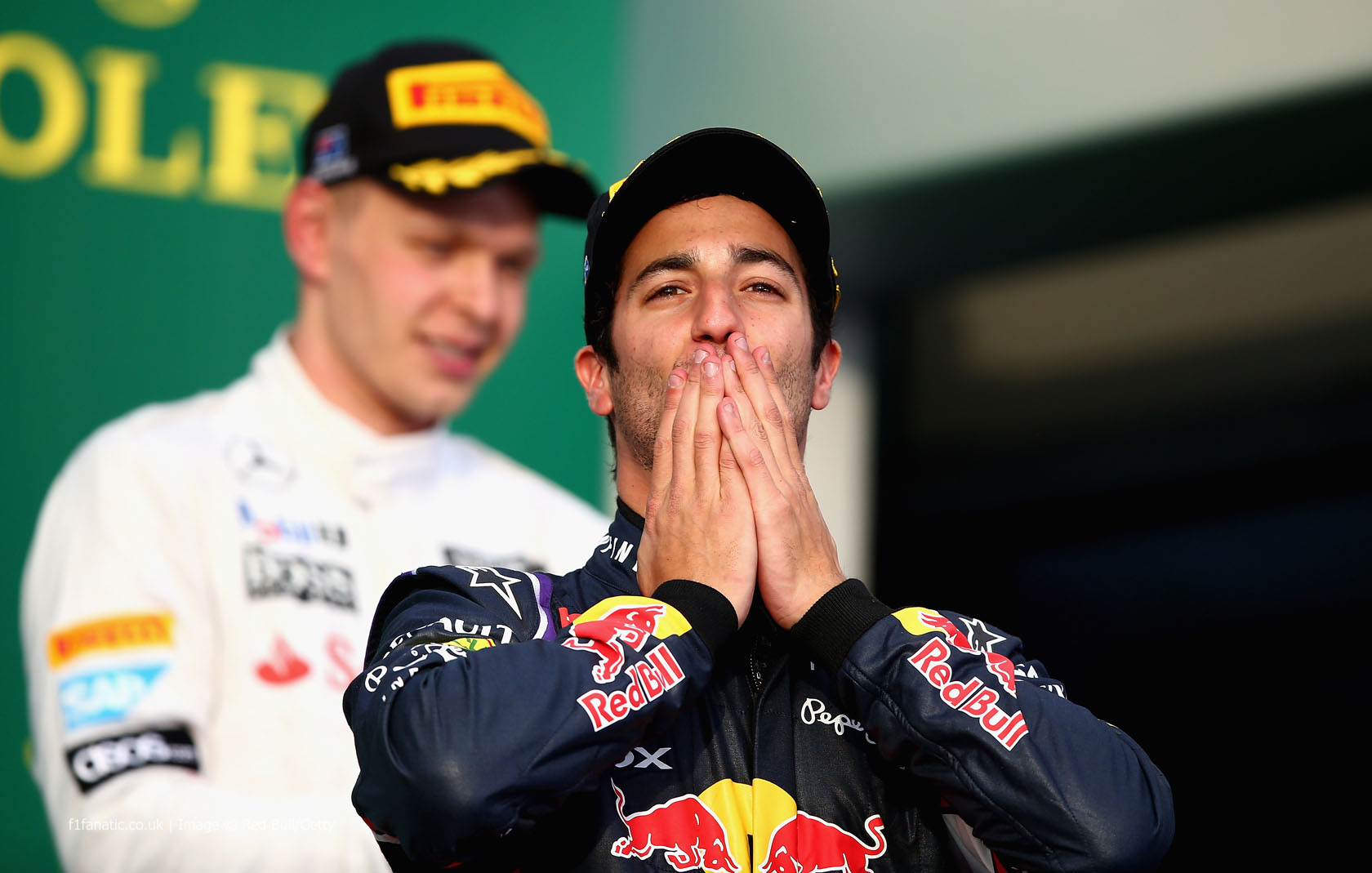 The FIA have rejected an appeal by Red Bull racing over their decision to disqualify Daniel Ricciardo from the season opening Grand Prix back in March.

Daniel Ricciardo had finished 2nd in the Australian Grand Prix; a finish which would have been his first podium in Formula One at his home circuit. However the stewards elected to disqualify Ricciardo for consistently exceeding the specified rate of fuel flow throughout the race.

Red Bull were repeatedly warned by Race Control during the race in Melbourne that they were breaching the new rules limiting teams to a fuel flow rate of 100kg per hour.

With the FIA-homologated sensor on Ricciardo’s car giving faulty readings, the team ignored requests to apply an offset to bring the fuel flow rate back to the legal maximum.

They opted instead to use their own fuel calculations and, adamant they hadn’t exceeded the maximum rate, argued that the warnings – backed by a technical directive issued pre-season – lacked regulatory value.

Many others teams sent representatives to the hearing in Paris, with Mercedes calling for further punishment on the reigning world champions as a deterrent against further rule breaking:

“We are frankly concerned that Red Bull have shown such a flagrant and deliberate disregard for the rules,” said Mercedes representative Paul Harris QC. “There is a real risk that they will do it again. We must have a level playing field. The most effective way of ensuring that Red Bull do not flout further written and oral instructions from the FIA for at least the remainder of this season is for this court to recognise the severity of their infringement and to impose a further sanction upon them.”

‘Infiniti Red Bull Racing accepts the ruling of the International Court of Appeal today. We are of course disappointed by the outcome and would not have appealed if we didn’t think we had a very strong case. We always believed we adhered to the technical regulations throughout the 2014 Australian Grand Prix. We are sorry for Daniel (Ricciardo) that he will not be awarded the 18 points from the event, which we think he deserved. We will continue to work very hard to amass as many points as possible for the team, Daniel and Sebastian (Vettel) throughout the season.

‘We will now move on from this and concentrate on this weekend’s Chinese Grand Prix.’