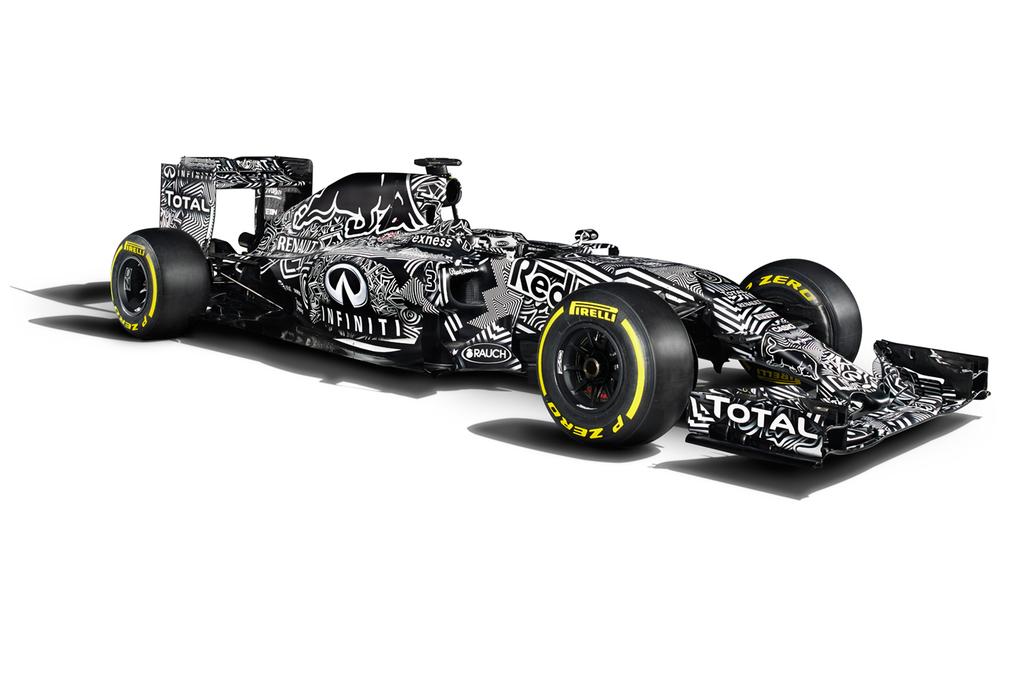 Infiniti Red Bull Racing have unveiled their 2015 car in the Jerez pit-lane on the morning of the first 2015 Formula One pre-season test. Rather than their usual livery that has been , Red Bull have chosen to run a special ‘camouflaged’ testing livery, traditionally used to hide the finer details of new production and racing cars.

Red Bull are not expected to keep the black and white livery for the upcoming season and they should return to a more familiar livery at some point before they fly out to Melbourne in mid-March.

Red Bull’s chief engineering officer Rob Marshal states that although the exterior of the car seems fairly similar to the RB10 of last year, many changes have been implemented internally He also believes that the team can make significant gains on the reigning champions of Mercedes.

“Last year’s car was a very new car the regulations changes were very comprehensive. This year the areas are pretty minor, there’s some regulation changes that will affect the shape of the car that will be common to all the cars on the grid.”

“Beyond that most of the changes are under the skin a far as we’re concerned. We’ve identified the areas where we can make improvements and we’ve worked hard on those. So basically there will not be a great deal that’s visible to the naked eye but a lot of work’s gone on to those bits that are hidden.”

“We were firmly beaten last year, we know we need to improve on both sides. The engine was clearly struggling a bit compared to Mercedes who did an excellent job. We hope to make a reasonable improvement, we’d like to close the gap by a tangible amount. If we can do enough with the engine and enough on the chassis side then hopefully we can compete and win some more races.”

Red Bull are out on track today at the first day of pre-season testing at the Jerez circuit in Spain. They are joined by the rest of the fellow competitors with the exception of Force India. Daniel Ricciardo, the only man other than a Mercedes driver to have won a race last year, is in the cockpit of the RB11 and will hand over the car to his new team-mate Daniil Kvyat tomorrow.