Nico Rosberg has taken pole position for the 2015 Spanish Grand Prix at the Circuit de Catalunya; ending his team-mate Lewis Hamilton’s run of pole positions this season. Hamilton had to settle for second ahead of Ferrari’s Sebastian Vettel.

Carlos Sainz was the fastest Spanish driver in his home weekend, with the rookie qualifying 5th. Fellow Spaniard Fernando Alonso also had a change in fortune as he made it into the second session along with team-mate Jenson Button. 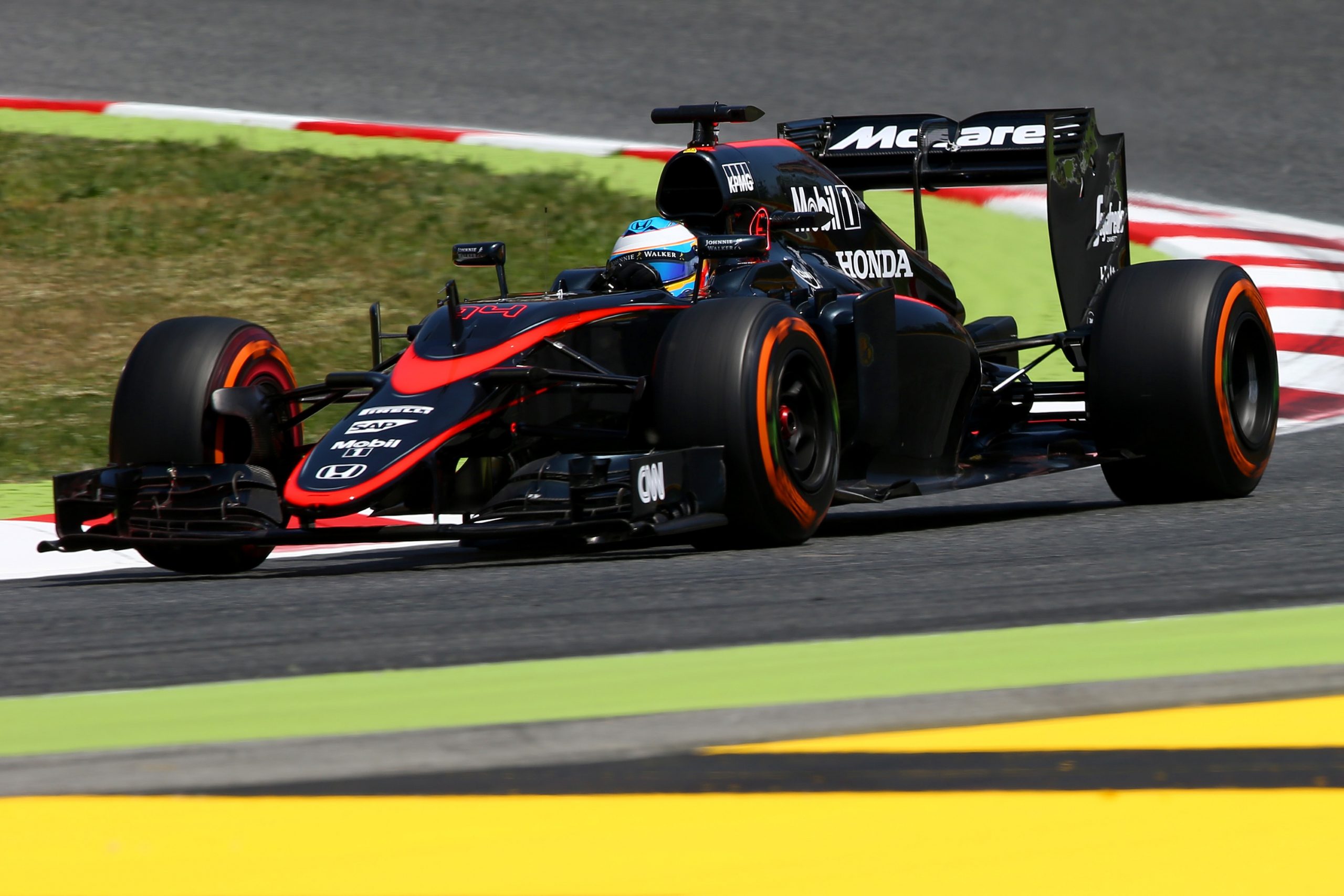 The drivers were faced with a 45 degree track temperature as the first session of qualifying began. Nico Rosberg topped the final practice session earlier on in the day, with his performances so far this weekend providing hope that he could challenge his team-mate for pole position.

In the past few years, all the attention of the crowd at the Circuit de Catalunya would have been on Spaniard Fernando Alonso. This weekend however, the crowd didn’t seem as fanatical about Fernando; possibly due to the lack of possibility of a race win due to the McLaren-Honda’s troubles. Instead, the leading Spanish driver was Carlos Sainz in the Toro Rosso, who led the time-sheets at the beginning of the session before the front runners emerged.

Nico Rosberg was the first of the title contenders to set a time, with Lewis Hamilton following him through a few seconds later to go 3 tenths quicker with a 1’27.322. Vettel and Raikkonen also joined them, with Vettel going 3rd and Raikkonen somewhat disappointingly down in 7th after complaining of no grip at the rear of the car.

Kvyat and Ricciardo had been suffering with their ever present reliability issues during practice, with Kvyat onto his 4th and final allocated engine already; with the threat of penalties not too far on the horizon. The Red Bull pair were running in Q1, with early efforts placing Ricciardo 8th and Kvyat in the drop-zone in 16th.

As the session drew to a close, a number of drivers re-emerged for a lap on the faster compound to ensure themselves of a space in Q2. This included Kimi Raikkonen, who had finished 2nd last time out in Bahrain. The Finn soon jumped up to 2nd on the time-sheets, with team-mate Vettel following him soon after to take 3rd.

There had been brief concerns that the two Manor drivers would be unable to qualify within the 107% rule during practice, but both Will Stevens and Roberto Merhi were well within the limit in Q1 to assure themselves that they would start in 19th and 20th. Joining them in elimination would disappointingly be the two Force India drivers, with Marcus Ericsson taking the final spot in the bottom five for Sauber.

Impressively for McLaren, both cars were able to qualify for the second session, with Button and Alonso advancing in 13th and 15th respectively in their newly liveried cars. 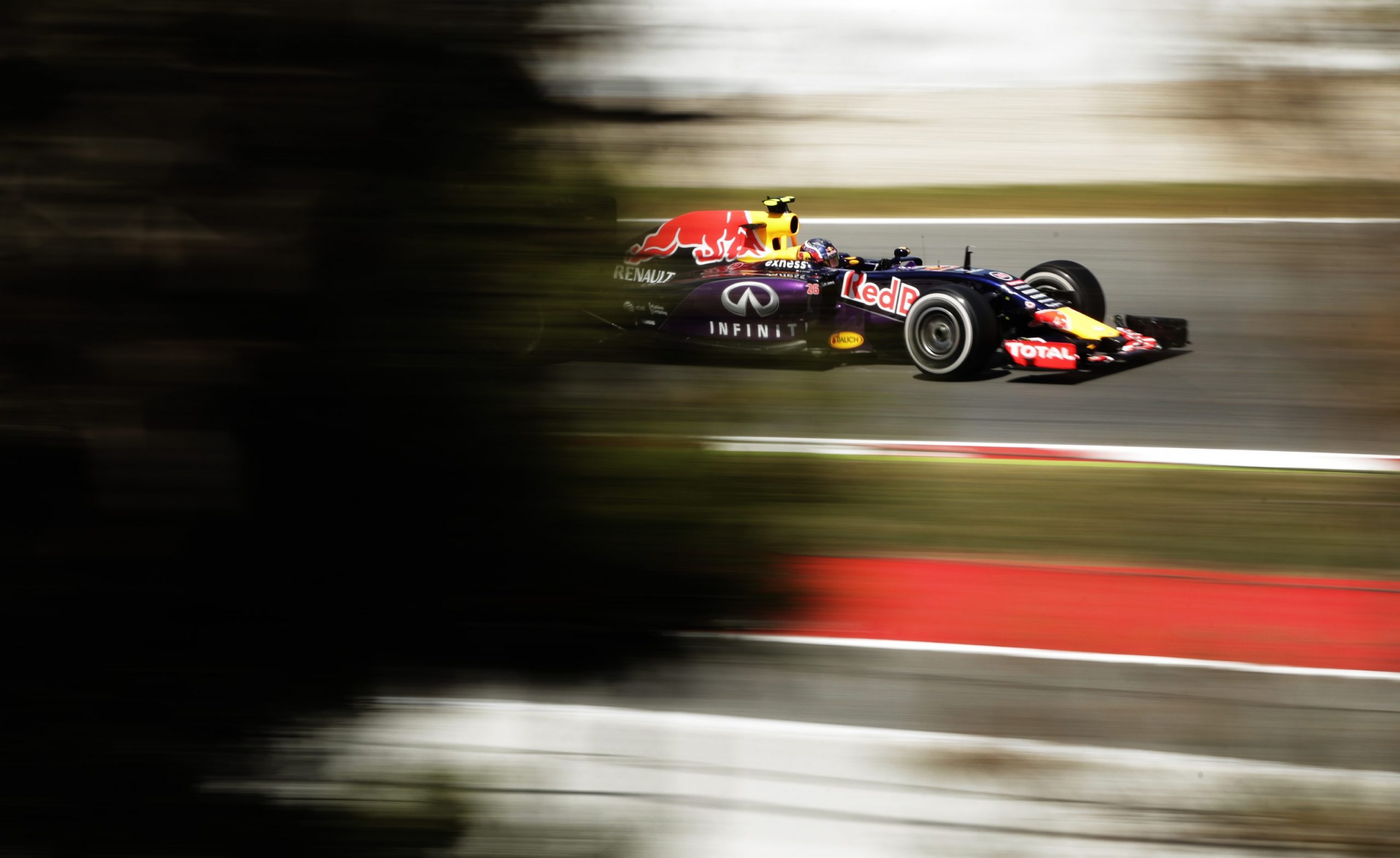 The green flag waved for the start of Q2, but the drivers elected to wait a few moments before heading out onto the track. Almost all the drivers flooded out at the same time, with Lewis Hamilton being told to just ‘do enough’ to get through to the next session rather than give it his all. He put in a 1’25.740 on the tyres that he will start the race with tomorrow, whilst team-mate Rosberg came through a few moments later to go fastest by half a second with a time that would have gotten him pole position last year by 0.066 of a second.

The top 5 drivers elected not to make a second run in the session, with Rosberg, Hamilton, Raikkonen, Vettel and Bottas staying in the garage. The remaining 10 drivers came out for a second stab at improvement.

Fernando Alonso was 11th after his first run and was just outside of position he needed to get into the top 10 shoot-out. There would be no improvement for the #14 car on his second run however as he would remain in 11th before being pushed down by the two Lotus drivers; with Romain Grosjean just missing out on 10th.

Alonso’s team-mate couldn’t advance either, with Jenson Button joining Fernando, the two Lotuses and Felipe Nasr in elimination. Red Bull managed to get through into the final session; an impressive performance given their troubles during practice. They would take 9th and 10th in the session just behind the Toro Rosso pair of Sainz and Verstappen.

The battle for pole position looked to be closer than it has so far this year. Nico Rosberg had shown good pace through practice and qualifying, but Lewis Hamilton had been told not to give it 100% in the previous session, so there was still pace to come from the #44 driver.

Lewis Hamilton was the first of the pair to complete his first of two flying laps, with the Briton coming through with a 1’24.948. He wouldn’t hold the top-spot for long however, with Nico Rosberg coming through to go two tenths quicker with the fastest time of the weekend. Sebastian Vettel also put in an impressive lap to get within a second of the Mercedes pair.

The track temperature rose slightly between the drivers’ first and second runs; thus making it a slightly harder prospect for Hamilton to usurp his team-mate from the provisional pole position to take his 5th consecutive pole this year. All ten drivers emerged onto the track with just enough time to make one final flying lap each.

Kimi Raikkonen was the first front-runner to come through, with the Finn improving up to only 5th place behind his fellow countryman Valtteri Bottas. Lewis Hamilton was next through, but a lacklustre first second meant that there was no chance for him to continue his run of taking every pole position this year. Sebastian Vettel couldn’t improve either, which meant that for a 3rd year in a row, Mercedes would lock out the front-row, with Nico Rosberg taking his first pole position of the season.

Sebastian Vettel held onto 3rd place behind the two Silver Arrows cars, with Valtteri Bottas putting in a good lap to take 4th. As previously mentioned, Raikkonen had improved into P5, but he was soon pushed down the order to 7th after impressive laps for home-hero Carlos Sainz and team-mate Max Verstappen. Daniil Kvyat and Daniel Ricciardo took 8th and 10th in the session, with Felipe Massa sandwiched in-between for Williams. 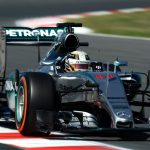 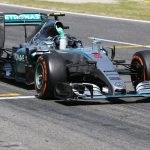