Nico Rosberg has finished as the fastest driver in both Friday practice sessions for this weekend’s British Grand Prix at Silverstone. This was despite missing out on a majority of practice one thanks to a hydraulic issue. Team-mate Lewis Hamilton, who is attempting to win his 3rd British Grand Prix, struggled especially in the second session with setup problems. 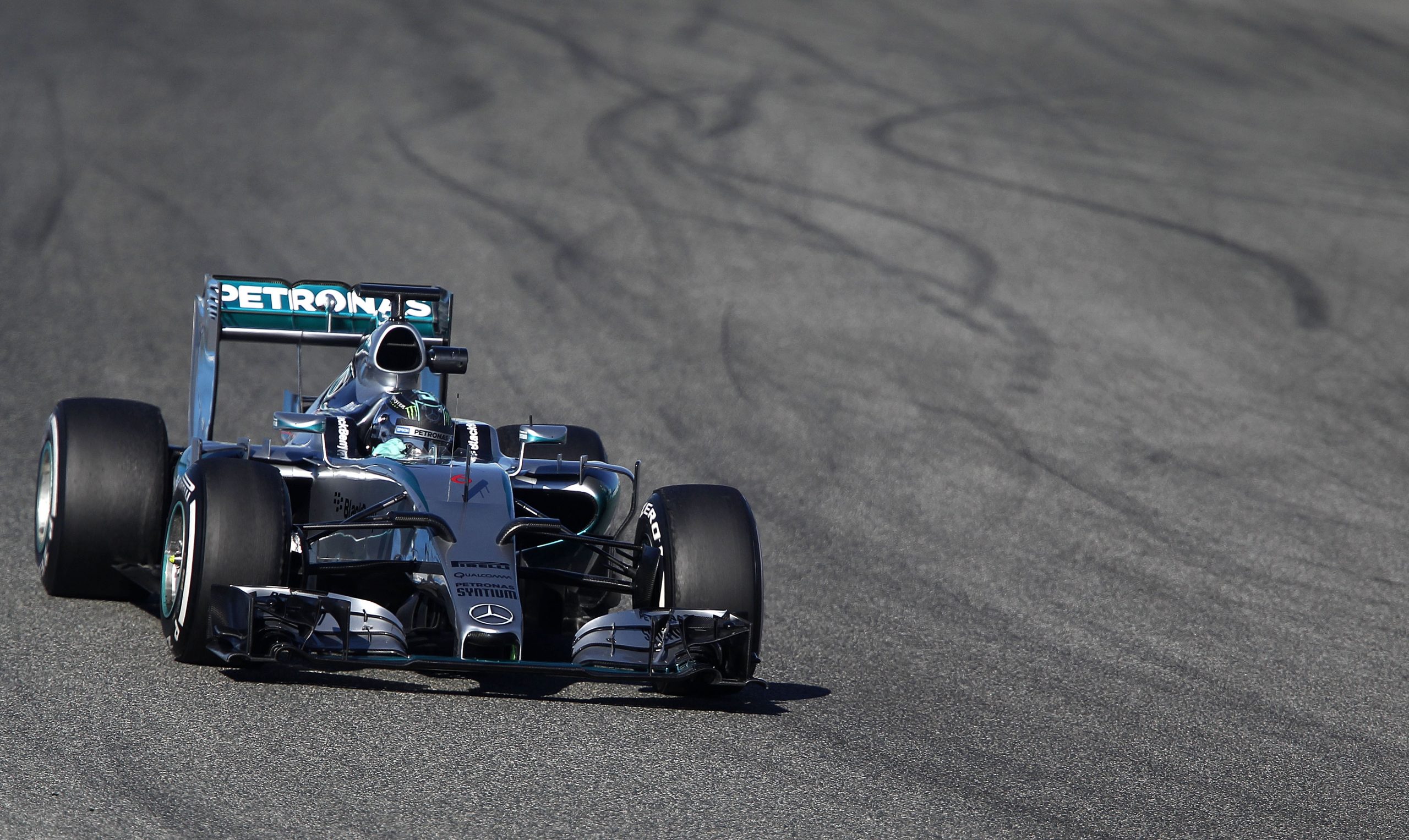 Nico Rosberg topped the first 90 minute practice session of the British Grand Prix weekend despite having one of the smallest tally of laps under his belt. Rosberg had to pull his car off of the circuit after just 5 laps at the start of the session after a hydraulic problem. The team got him back out with a few minutes remaining in the session, which was enough time for Nico to get to the top of the time-sheets.

Lewis Hamilton led the way in front of his home crowd for much of the session until his team-mate pipped him. He was just 7 hundredths of a second down on his team-mate; with the pair having over a second advantage over their rivals. It wasn’t plain sailing for Hamilton however, as he suffered a spin at the exit of Stowe in the early moments of the session.

Toro Rosso were perhaps surprisingly the closest contenders to Mercedes in the first session. Teenager Max Verstappen was 3rd fastest, 1.3 seconds down on Rosberg. Team-mate Sainz followed in 5th, with Kimi Raikkonen slotting his Ferrari between the Toro Rosso pair in 4th. Raikkonen’s team-mate Vettel followed in the second Ferrari in 6th place; with 2 tenths separating Verstappen in 3rd from Vettel in 6th.

Red Bull team-mates Daniel Ricciardo and Daniil Kvyat were separated by a few mere hundredths in 7th and 8th ahead of Nico Hulkenberg and Felipe Massa who completed the top 10 in the session.

3 reserve/test drivers made appearances during the first practice session. The trio all stayed together on the time-sheets too. Susie Wolff was in Valtteri Bottas’ Williams for FP1 at the track where she made her Grand Prix weekend debut a year ago. The session went much easier for her this time around, with Susie finishing 13th in the session. She was just 2 hundredths of a second faster than Jolyon Palmer, who was behind the wheel of Romain Grosjean’s Lotus for the second event in a row; with the British driver finishing the session ahead of the sister car of Maldonado. Palmer was just under a tenth quicker than Sauber’s third driver Raffaele Marciello; with the three guest drivers separated by just over a tenth. 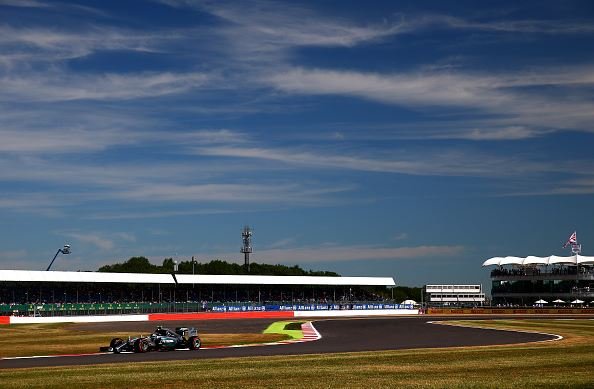 Rosberg continued to hold the advantage over his team-mate at Silverstone in the second session, with Hamilton falling away to 4th thanks to setup issues on his car. The pair were half a second apart on the time-sheets at the end of the session, but during the long runs, Hamilton was over a second slower than his team-mate.

Lewis ended his long run early, only emerging at the end of the session for a practice start. He and the team have work to do if he wants to win his 3rd British Grand Prix on Sunday or move up to 3rd in the all-time pole positions list tomorrow.

Ferrari’s drivers placed themselves between Rosberg and Hamilton, with Raikkonen slightly ahead of Vettel again. Kimi has been under fire for the last few races for not being able to match Vettel. Criticism intensified two weeks ago after a dire Austrian Grand Prix that ended in retirement. Kimi will be hoping not to repeat his retirement at Silverstone a year go in the race on Sunday. It’s looking reasonable for Ferrari so far, with Rosberg just 4 tenths faster than them at the end of the session.

Red Bull vaulted back in front of junior team Toro Rosso in the second session, with Daniil Kvyat and Daniel Ricciardo taking 5th and 6th ahead of Verstappen in 7th and Sainz in 9th; Hulkenberg broke up the Red Bull backed party in 8th. Once again, Felipe Massa rounded out the top 10; with the Brazilian at one point messing up the entry to Vale as he ran along the grass.

The session was interrupted by 2 red flags, both for incidents at Luffield. The corner troubled Fernando Alonso, Romain Grosjean and Roberto Merhi during the session; with the latter two having red flags deployed as a result. Grosjean took up the job of dusting down his Lotus as penance, with Merhi winding up over a second down on team-mate Stevens. Manor have a new look for this weekend onwards, as the new sponsor FlexBox join the team. 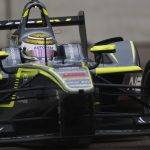 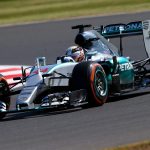