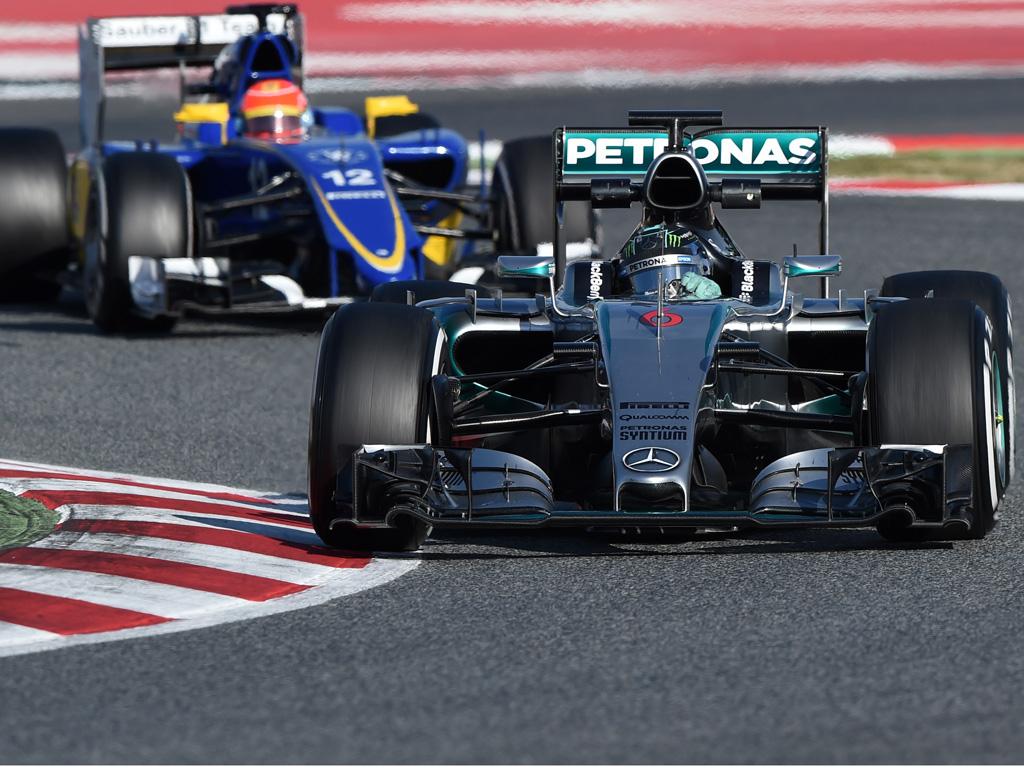 Nico Rosberg has finished fastest on the second day of the final four day pre-season test for the 2015 Formula One world championship. The Mercedes driver, who finished as runner-up to team-mate Lewis Hamilton in last year’s championship, set the fastest time at Catalunya so far, almost a second faster than the previous best by Williams that was thought to have been a very good time. For the first time during pre-season testing, the Mercedes team allowed their driver to complete some running on the faster compounds of tyre. Adding to the impressive time was yet another century of laps completed for the Silver Arrow.

Valtteri Bottas was 2nd fastest in the aforementioned Williams. Despite being 2nd fastest, he was still a massive 1.2 seconds behind Rosberg. He complete 90 laps and was just over a tenth of a second faster than Felipe Nasr in the Sauber. Once again, the Swiss team completed a very impressive amount of running, with the second highest number of laps completed today after 141 laps of the Catalunya circuit.

Sebastian Vettel was the busiest driver of the day in the Ferrari SF15-T. The German completed 143 laps, with the 4th fastest lap of the day; two and a half seconds slower than fellow countryman Rosberg. He was two seconds faster that Jenson Button. No, that isn’t a misprint. The McLaren finished as the 5th fastest driver with a 1’25.590. What’s more, the McLaren-Honda team had their best day yet after finally completing over 100 laps; almost double their previous best tally. The British driver’s day ended in a rather usual fashion for pre-season testing, with the McLaren MP4-30 coming to a halt on the 101st lap. McLaren’s second drive from last year, Kevin Magnussen, will step behind the wheel of the car tomorrow as Fernando Alonso continues to recover from his testing crash last Sunday.

The high lap counts continued to come, with Pastor Maldonado completing the third largest amount with 140 laps under his belt. The 2012 Spanish Grand Prix winner was just 3 laps shy of the highest total by Vettel. He was half a tenth faster than 7th placed Max Verstappen who also completed a high number of laps with 139. Daniil Kvyat in the Red Bull senior team was the penultimate driver on the board after 84 laps, with a best of 1’26.965.

Nico Hulkenberg may have been the slowest driver on the time-sheets, but his day was much better than it appears. The Force India team finally revealed their 2015 car after running their 2014 car for pre-season testing so far. You could forgive the team for hitting a number of technical issues with the new car, but the only problem that befell the team was a puncture on their first lap. Hulkenberg would later go on to complete a very impressive 73 laps; a testament to the reliability of the Mercedes hybrid power-unit. 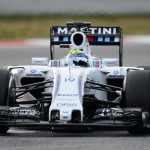 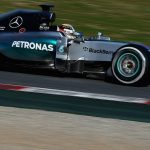