Nico Rosberg has qualified on pole position for the 2014 United States Grand Prix. He somewhat stole pole position for team-mate and championship leader Lewis Hamilton who had topped all three practice sessions in the run up to qualifying. Valtteri Bottas will line up behind them in 3rd place. 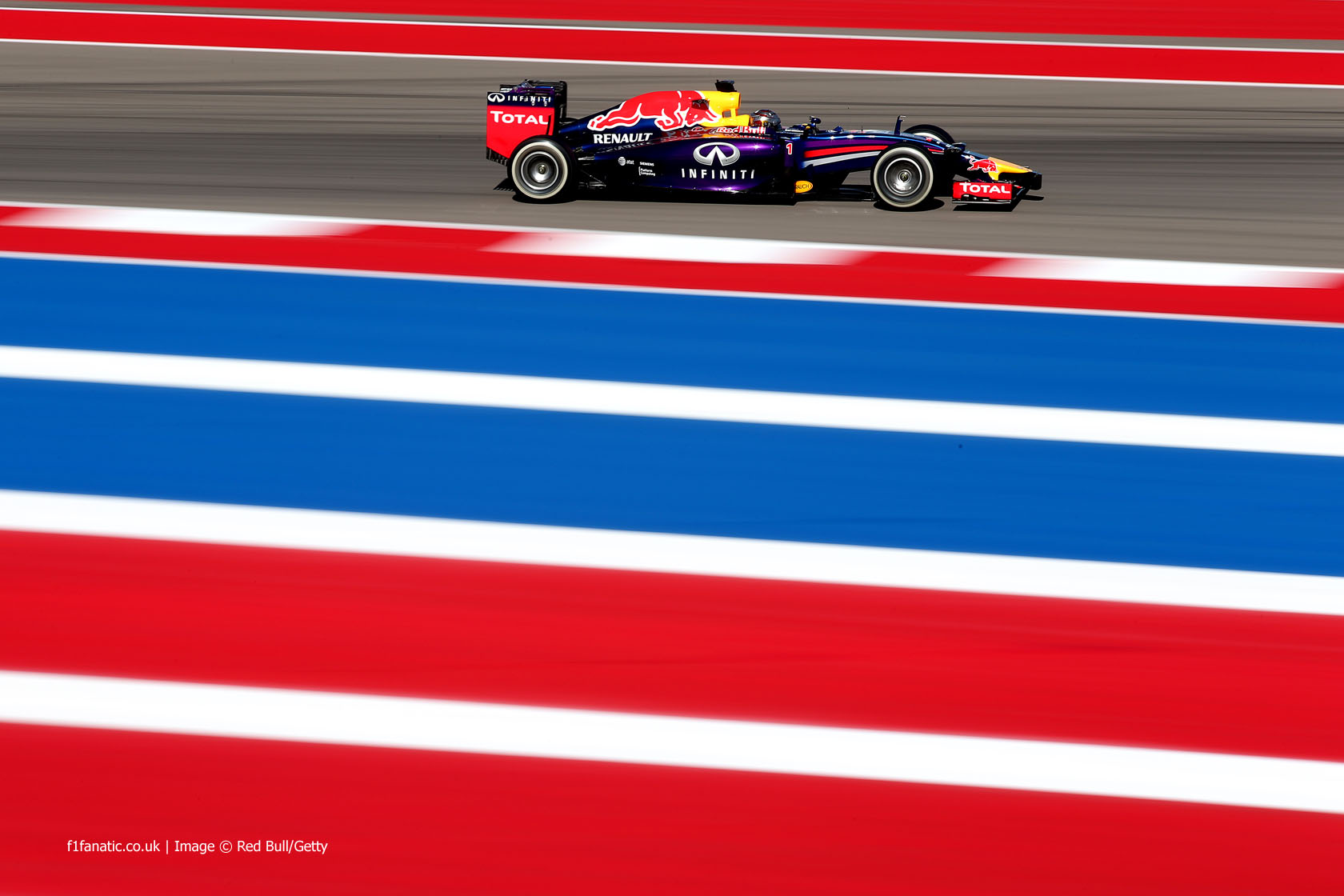 Despite Lewis Hamilton taking a hat-trick of P1’s throughout practice, the battle was still on between him and team-mate Nico Rosberg for pole position at the 3rd United States Grand Prix at the Circuit of the Americas.

A number of cars headed straight out on the track indlucing the two Sauber and Force India cars. Those 4 drivers were amongst those under pressure to not be eliminated thanks to the new qualifying system implemented due to the absence of the Caterham and Marussia cars. Due to the fact that there are 18 cars this weekend instead of 22, those who finish in positions 15 to 18 will be eliminated in Q1, with 11th to 14th in Q2 also being eliminated.

Nico Rosberg was out early as well in his Mercedes after the team solved his glazed brake problem from FP3. He duly took the top spot before being pushed down by Bottas and Hamilton. Nico managed to regain the position a little while later, with Lewis unable to fight back due to a flat-spotted front left tyre after a lock up at turn 12.

Sebastian Vettel emerged on to the track halfway through the session despite the fact that he will start from the pit-lane regardless of where he qualifies; this was to make sure he was within the 107% qualification rule to allow him to start tomorrow. He only did one run on the faster soft tyres before returning to the garage.

Pastor Maldonado was the first man to run the fastest tyre in order to try and qualify for the next session. Impressively he managed to go 4th fastest. Daniel Ricciardo was unable to go faster than the Lotus driver when he made his soft tyre run. The rest of the drivers then emerged for a soft tyre run, with none of them seemingly assured of making it into the next session on account of rapid track evolution. Lewis Hamilton jumped in to P1 on his run, with Vergne, Gutierrez, Vettel and Grosjean in the drop out zone as the session entered it’s final moments. None of them were able to lift themselves out of the final 4 positions on their second runs. 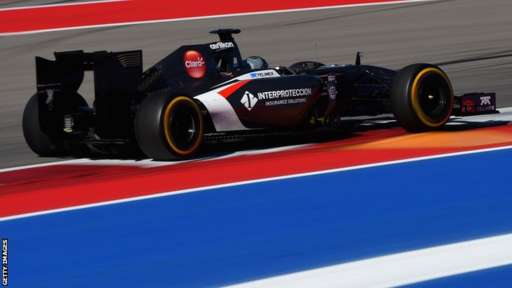 One of the 3 drivers facing penalties tomorrow was first out in the second Qualifying session. Daniil Kvyat was eager to qualify as high up as possible before his 10 place engine penalty was applied. Valtteri Bottas was fastest initially before Rosberg went a whole second quicker.

Lewis Hamilton seemed to be suffering with brake problems in his #44 car as he locked up again into turn 1. He vented his frustration over the radio by saying, “I’m taking it easy but this thing is still locking up!” He now had a vibration on the car due to his lock-up with tyres that he is likely to start tomorrow’s race on.

With 4 minutes and one more run to go in Q2, Hulkenberg, Sutil, Maldonado and Perez were in the drop out positions of 11th to 14th. Perez managed to lift himself just out of the bottom 4 to go 10th fastest in front of his supporters who had journeyed across the border from Mexico. He pushed Kvyat into the drop zone, with Hulkenberg also improving to go P11. A late, impressive improvement by Adrian Sutil in the Sauber saw the German push Perez back into the drop zone where he would remain. Sauber and Sutil’s first top 10 start of the season couldn’t have come at a more opportune time as they seek to capitalize on Marussia and Caterham’s absence to move themselves into 9th in the constructors’ standings.

Rosberg unusually elected to do another late lap despite the fact that he was comfortably in the next session. He set the fastest time of the weekend to go 9 tenths quicker than Hamilton with a 1:36.2. 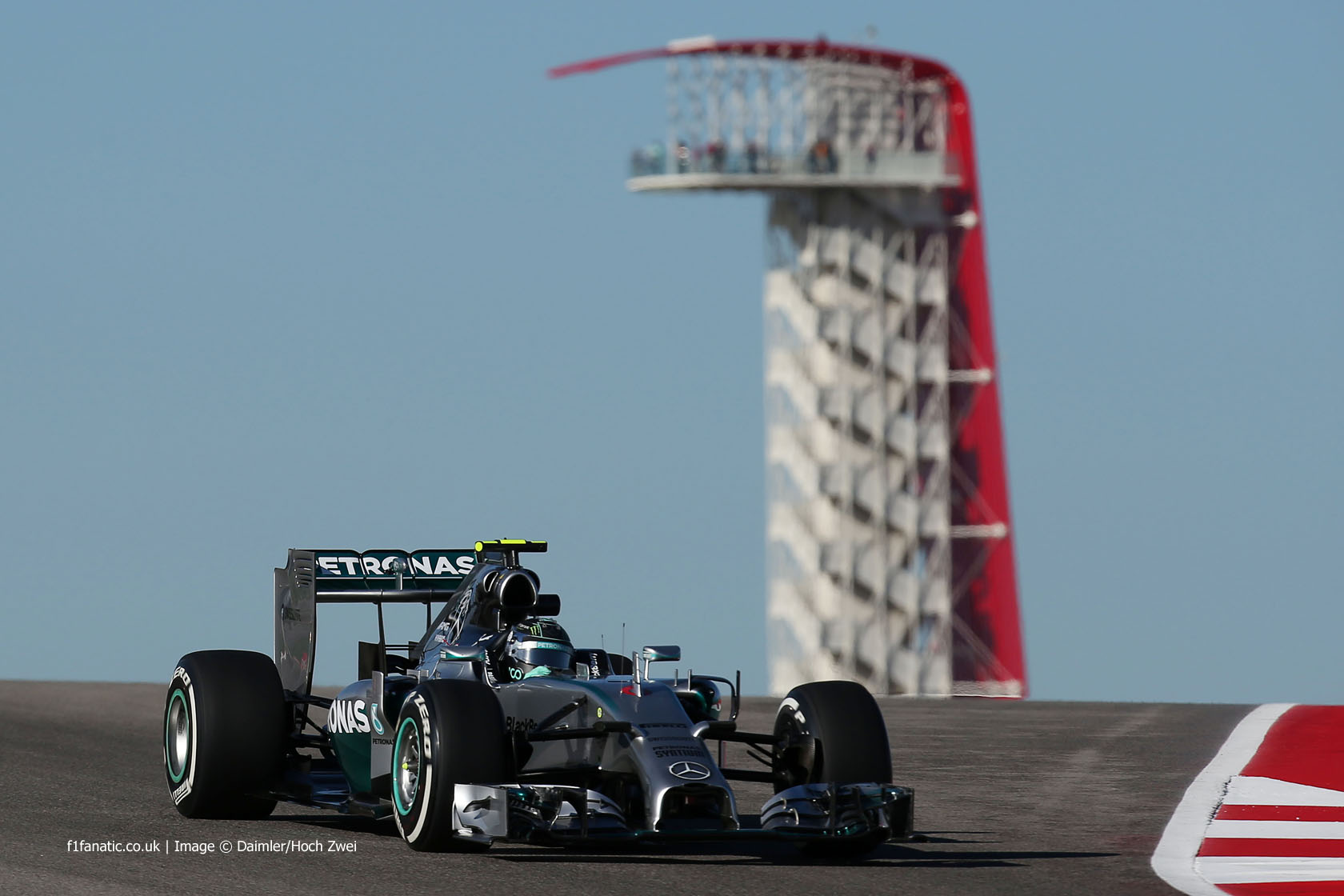 Two Mercedes, two Williams, two McLarens, two Ferraris, Daniel Ricciardo and Adrian Sutil ventured out for their first runs in the top 10 shoot-out. Hamilton seemingly had it all to do to take the fight against the resurging Rosberg.

Ricciardo set the first time but was immediately beaten by Bottas by 1.2 seconds. Button slotted in-between them before Massa took P2. Rosberg then hit the front as he matched his impressive 1:36.2 that he had done at the end of the second session. Hamilton managed to get within 2 tenths of him as he tried to turn the tables on his team-mate.

The 3 minutes to go mark signalled the time for drivers to emerge to begin their final runs. Rosberg was the first to begin a lap and was tracking a tenth fastest in the first sector. At the same time, Hamilton was going 2 tenths slower than Nico, who was a tenth up again in the second sector. Nico’s lap ended in a 2 tenth improvement to set a 36.0; a time that would be unbeatable for Lewis Hamilton who had to settle for 2nd place and 4 tenths down. Rosberg’s 9th pole position of the year means that he now cannot be beaten by his team-mate for the pole position trophy.

It’s an all Williams 2nd row as Valtteri Bottas outqualified team-mate Felipe Massa to take 3rd on the grid at the track where he scored his first ever F1 points 12 months ago. Ricciardo and Alonso will share the 3rd row of the grid with the pair ending up over a second slower than the pole-sitter. Jenson Button and Kevin Magnussen were due to share an all McLaren 4th row on the grid, but Jenson Button will be demoted to 12th after a gearbox change. This promotes Magnussen up into 7th ahead of Kimi Raikkonen’s Ferrari.

Despite the threat of a race boycott over the current F1 financial crisis involving his team Sauber along with Force India and Lotus, Adrian Sutil put himself in a season best qualification of 9th place, having been promoted a place thanks to Buttons penalty. 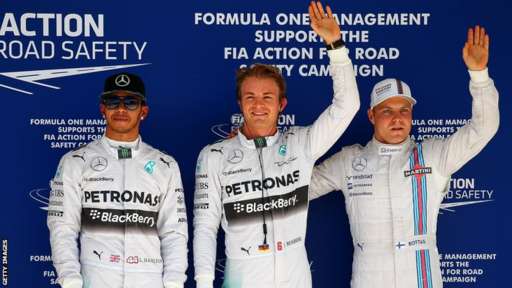 Pole-sitter, Nico Rosberg: “Great day, very happy. It worked out really well. Together with my engineers, I arrived in qualifying with a car that I was really happy with for qualifying. This morning, the conditions were quite different so it wasn’t easy to get everything right. First place today is awesome, but the race is what counts, so I need to fully focus on tomorrow and try and bring it home. Of course the start is going to be important, I need to make the most of that and stay ahead.”

2nd on the grid, Lewis Hamilton: “Nico did a great job, I was struggling with braking. The left brake was always about 100 degrees less than the right, and kept catching, no matter what I did – even if I braked earlier, it was still locking. Perhaps that’s where I lost a lot of the time. Even if that was the case Nico was quicker today. Potentially [the braking] is a problem for the race so we need to see if they can scrub them down or something.”

3rd on the grid, Valtteri Bottas: “It was a pretty good qualifying again for me, I’m pleased with two good laps in Q3 and happy to have locked out the second row for the team. It’s an important race as we try to keep a good position in the constructors’ championship.”