Nico Rosberg has taken pole position for the 2014 Japanese Grand Prix at the Suzuka Circuit. With heavy rain closing in on the circuit for tomorrow’s race due to Typhoon Phanfone, Rosberg’s pole could be crucial in the possible event that the race starts under the Safety Car, or is ended early due to torrential conditions.

Lewis Hamilton had been slightly on the back foot after a crash during practice 3 but had managed to at least put pressure on his team-mate. In the end, he would miss out on pole by just over a tenth of a second, with Williams’ Valtteri Bottas 6 tenths down on pole-sitter Rosberg. 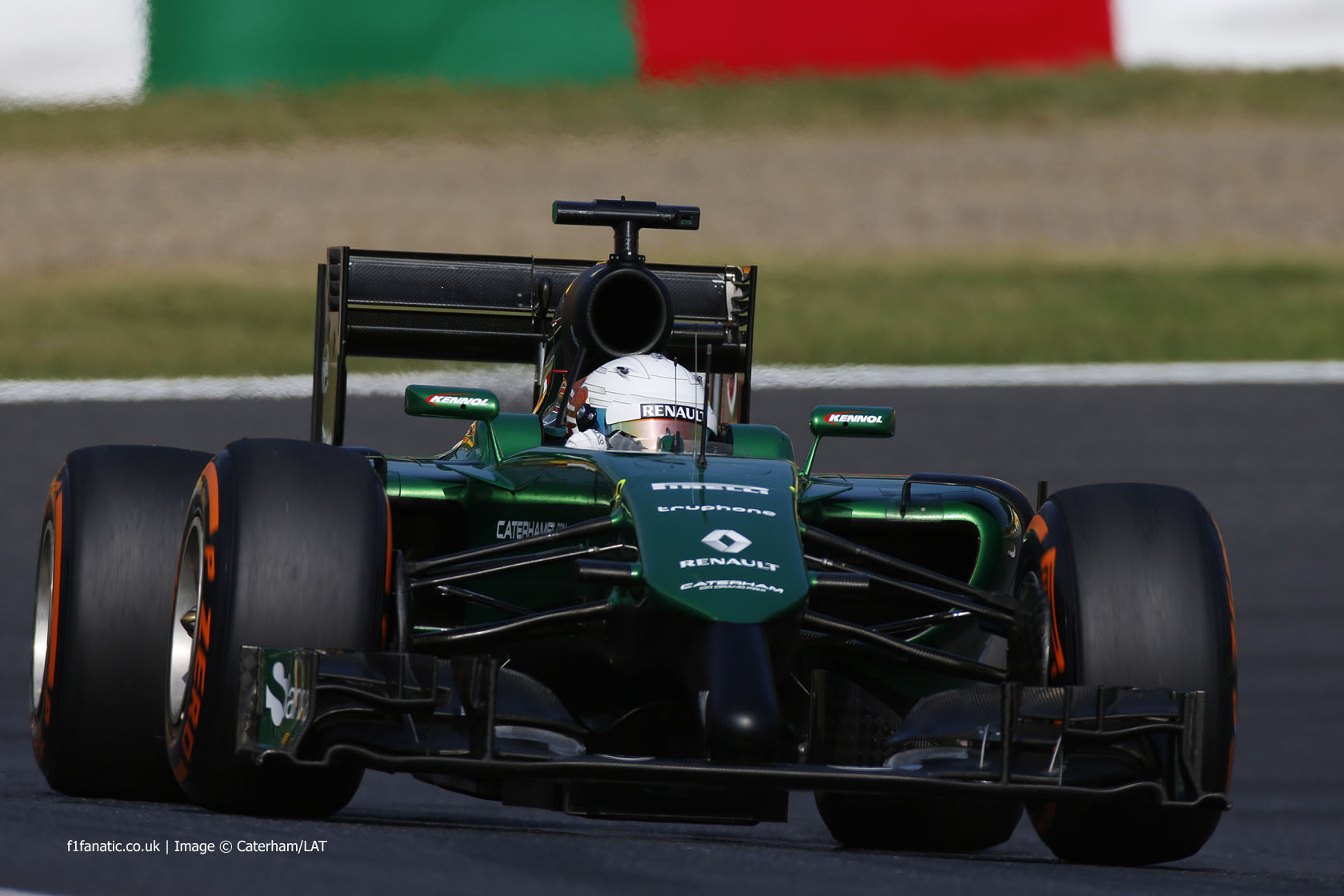 With the track clear and dry ahead of what may be a washout for tomorrow’s race, all eyes were on the battle for pole position between championship leader Lewis Hamilton and team-mate Nico Rosberg. After a crash in practice 3, Hamilton had damaged the left front suspension and front wing, but the team had managed to repair the car in time for Q1.

It was also Hamilton who would finish the first part of qualifying in first, just a few hundredths ahead of Rosberg.

The two Sauber cars had been set to be eliminated in Q1 once again, but last lap improvements put then both into the next session at the expense of the Lotus drivers, with Grosjean just missing about by a few tenths. Both Romain and Pastor would join the Caterham and Marussia cars in elimination; with Maldonado starting from last after an engine penalty. 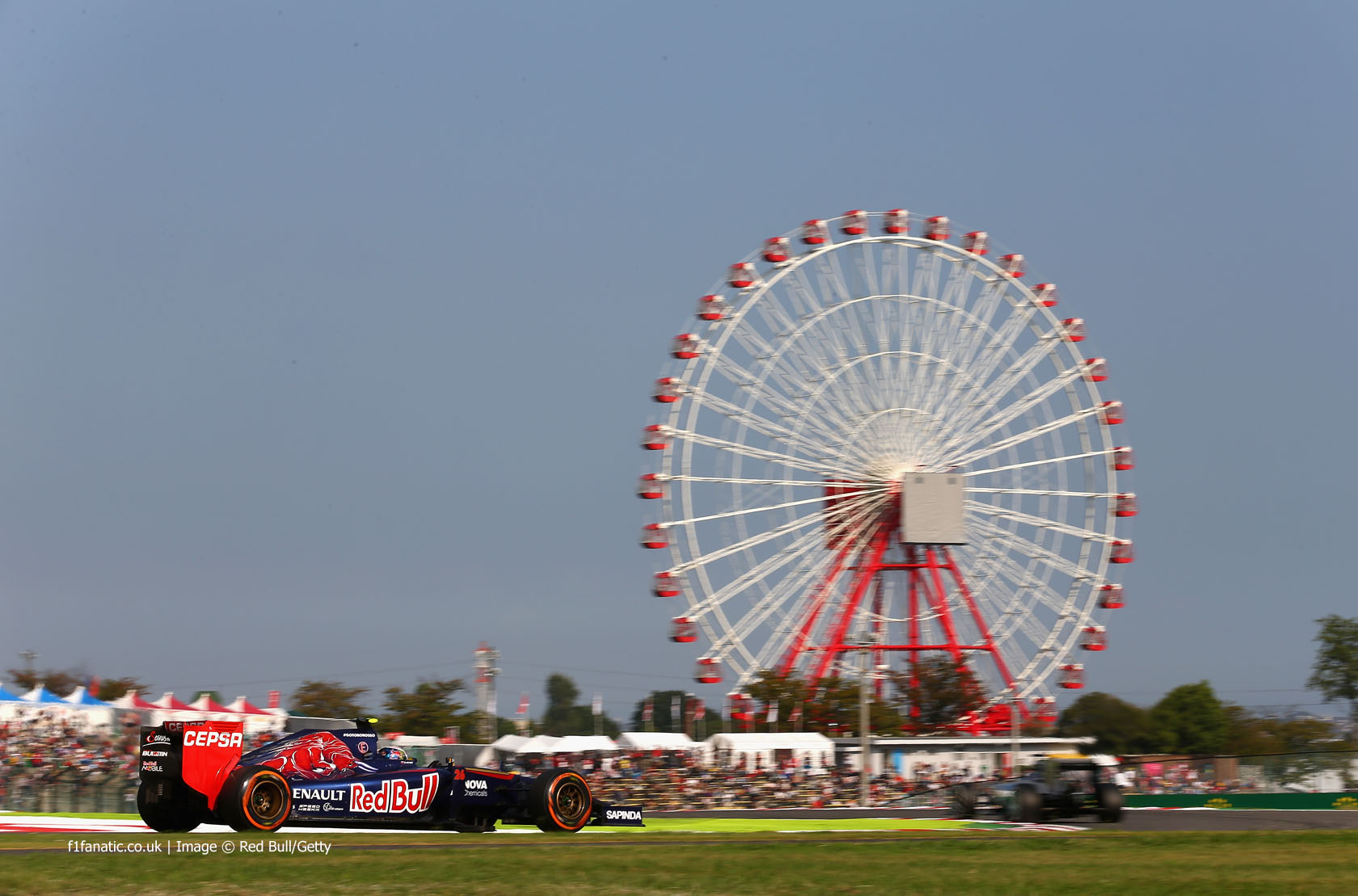 The two Williams cars hit the front initially in Q2, but they were soon displaced by Mercedes; with Nico Rosberg just 3 hundredths ahead of Lewis Hamilton.

Ferrari seemed to be on pace with Williams in the ‘best of the rest’ positions. Red Bull in the mean time were seemingly struggling. With 1 run left in Q2, Vettel and Ricciardo were in the drop zone in P11 and P12; having just been pushed their by Vettel’s newly announced 2015 replacement Daniil Kvyat.

The two Mercedes drivers remained in the garage as the rest headed out for another rub, such was their advantage at Suzuka. The two Red Bull’s managed to lift themselves into the 7th and 8th place, with Vettel then getting pushed to 10th by improvements from Button and Raikkonen. The two Toro Rossos were unable to displace the senior team again, with Vergne missing out on Q2 by 2 tenths. Neither Force India or Sauber could make it into the top 10 shootout either. 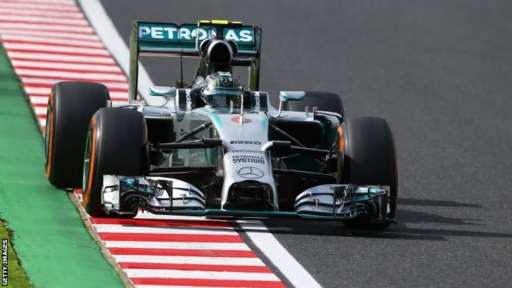 Williams once again set the first times in the top 10 shootout, but once again it was Mercedes who soon took the first two positions once again, with Hamilton now down by 3 tenths on Rosberg.

The final runs began with everyone bar Kimi Raikkonen having set a lap; the Finn electing to do only one lap. The two Red Bulls emerged early to start their final run, with Vettel almost sliding off track at the Hairpin. They improved into 6th and 7th. Bottas moved into 3rd as the checkered flag came out.

Rosberg was improving on his provisional pole time in sector 1, with Hamilton matching him. But through sector 2, Rosberg was once again edging out an advantage. Nico ended the lap and improved upon his time, with Hamilton missing out by a tenth of a second. Nico Rosberg had taken his first pole position at Suzuka.

The two Williams cars occupied the second row of the grid, with Fernando taking 5th for the 36th time in bis career. Ricciardo took 6th as the leading Red Bull car, with Magnussen and Button’s McLarens separating Daniel from 9th placed team-mate Vettel in his last Japanese Grand Prix for Red Bull. Raikkonen completes the top 10. 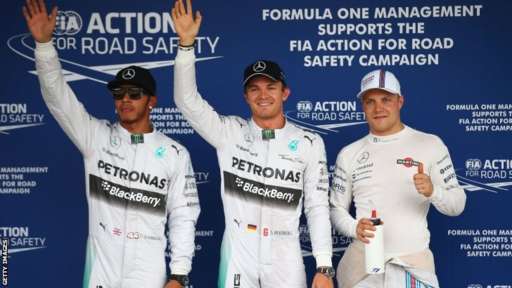 Pole-sitter, Nico Rosberg: “It was great today, but that’s only one step on the way. It was a real pleasure because the car is so amazing to drive. It was really cool. We are as prepared as we can be [for the potential rain tomorrow], we are expecting it to be wet. Our last experience in the wet was at Spa where the car was very quick. So I’m very optimistic, even if it rains. It could be even better.”

2nd place on the grid, Lewis Hamilton: “Nico was extremely quick and I did the best I could. The guys did a great job to rebuild the car so big thanks to them. I wasn’t really feeling it today, don’t know why. I am looking forward to tomorrow and all the tricky weather that will come.”

3rd place on the grid, Valtteri Bottas: “Mercedes looked really quick yesterday and this morning so it was nice to get a bit closer. They will be quick tomorrow but as a team we have to be happy with third and fourth. We might struggle a little more in the wet but there seems to be a margin behind us so hopefully we can still fight for a podium.”