The first two practice sessions for the 2015 Brazilian Grand Prix at Interlargos took place today, with both Mercedes drivers Lewis Hamilton and Nico Rosberg finishing fastest in the sessions. 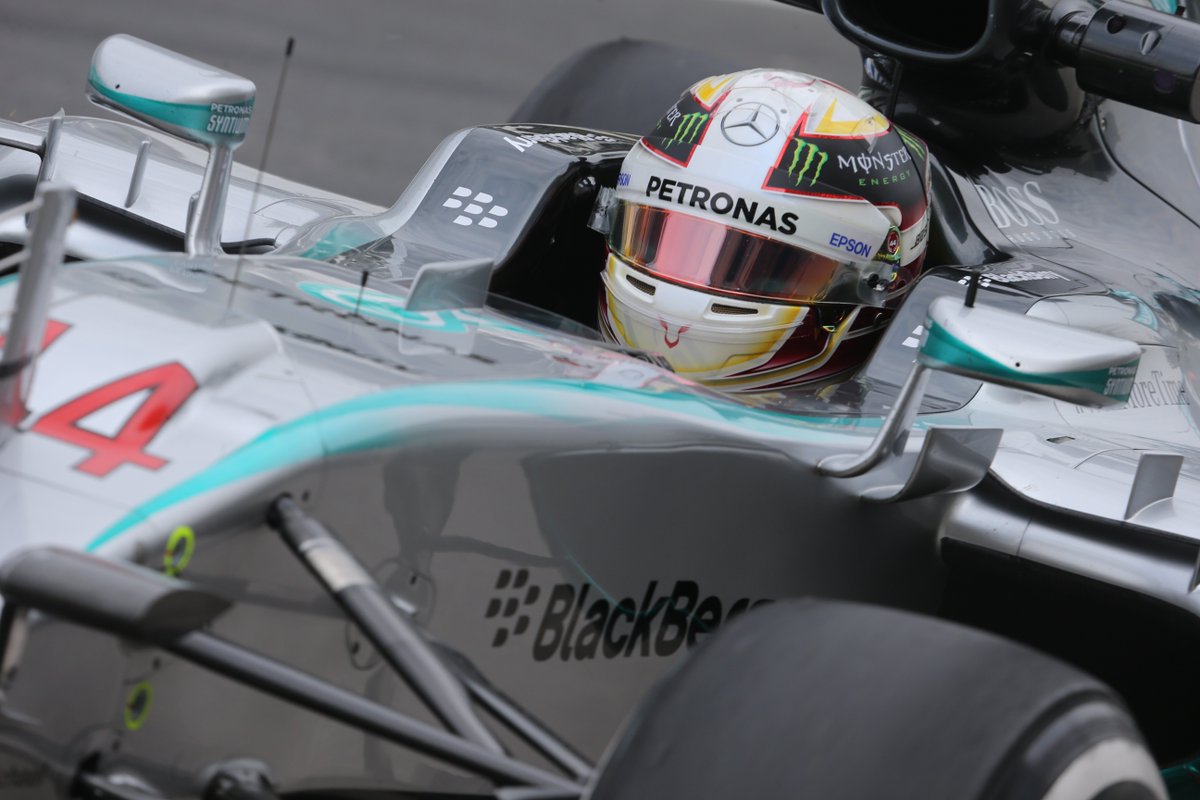 Hamilton drew first blood in the first  Formula1 session, finishing fastest by half of a second ahead of his team-mate Rosberg; a sizable chunk, but Lewis’ 1’13.543 was still a second slower than the times in the same session a year ago.

Sebastian Vettel was just a tenth back from Rosberg in 3rd place for Ferrari, with team-mate Kimi Raikkonen 5th. The two Ferrari drivers were split by Daniel Ricciardo’s Red Bull in 4th; with the trio covered by 4 tenths of a second. Both Vettel and Raikkonen suffered off-track excursions during the session, with Kimi’s off at turn 4 coming after seemingly locking the rear of his car under braking.

The second Red Bull of Daniil Kvyat followed in 6th place ahead of Valtteri Bottas and Max Verstappen; with the 18 year old Toro Rosso driver also among the drivers who spun their cars during the session. Completing the top 10 was 2010 pole-sitter Nico Hulkenberg and the Lotus of Pastor Maldonado.

The two Brazilian drivers finished the session in 14th and 17th, with Felipe Nasr besting Felipe Massa by just a tenth of a second. Massa seemed to be struggling with the setup of his Williams as he slid his way around the circuit, with one noticeable moment coming at the Senna S when he ran too far over the new high kerbs. 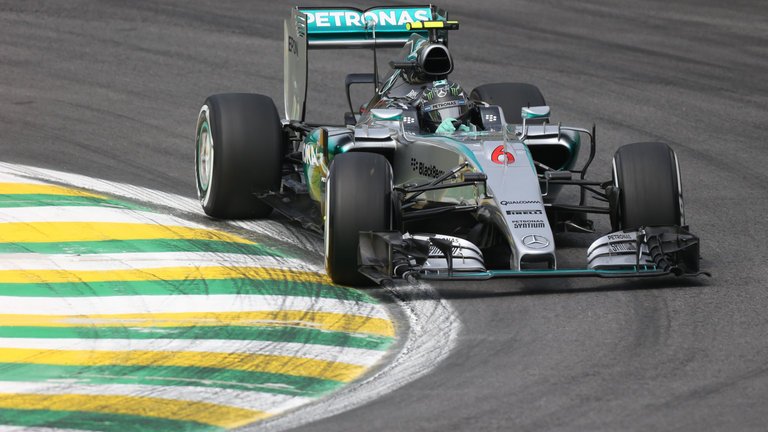 Nico Rosberg swung the pendulum back in his direction in practice 2 by taking the fastest time by just under half a second. Rosberg was hampered by brief gear shifting issues during the session, which was followed shortly after by an off-track moment at the final corner.

Sebastian Vettel held his 3rd position behind the two Mercedes drivers, but he was now almost a second off of the fastest time. Kimi Raikkonen was 2 tenths down on his team-mate in 4th, with Daniel Ricciardo once again close behind in his Red Bull.

Valtteri Bottas and Romain Grosjean took 6th and 7th in the session and were separated by just a few thousandths of a second; with Grosjean getting his car back having stepped aside for his 2016 replacement Jolyon Palmer once again in first practice.

Nico Hulkenberg and Daniil Kvyat were 8th and 9th at the end of the session, with Felipe Massa improving upon his practice 1 position to finish 10th; 1.4 seconds off of Rosberg’s time. Once again the battle for the mid-field was extremely close, with Raikkonen in 4th and Carlos Sainz in 15th separated by just one second.

The session saw the return of McLaren’s mechanical issues; presupposing that the gremlins ever left the team this season. Fernando Alonso caused a red flag after having to stop out on track after a fire coming from his exhaust. He was forced to abandon his car and return to the pits in the Mercedes Medical Car; which is probably not as close to getting a Mercedes seat as he would hope.

Rain started to fall as the session ended, with the weather looking stormy as we head into Saturday’s running. Practice 3 and Qualifying tomorrow have the potential to be affected by rain and thunder, but the conditions should clear up for the penultimate race of the season on Sunday. 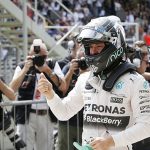