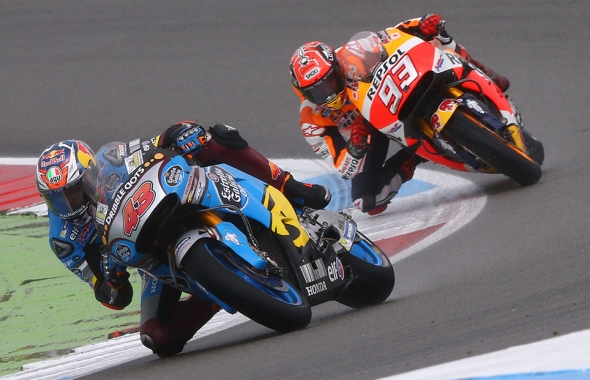 Miller ripped up the record books in an eventful Dutch TT, which saw him become only the 12th Australian to win in the premier class and the first rider to notch victories in both Moto3 and MotoGP. He was also the 10th youngest winner in MotoGP history, but after the celebrations of Assen the 21-year-old is now fully concentrated on delivering another positive result at the tight and twisty 3.67km Sachsenring circuit. Miller made his Grand Prix debut at the famous venue in the 125cc category back in 2011 and he won the Moto3 race from pole position there in 2014.And his quest for a third successive top 10 finish of 2016 has been aided by the fact that Miller was able to return to motocross training in the two-week break after Assen.

He did three days of intense off-road riding for the first time since he broke his right leg in a motocross training accident back in January, and he was happy with the strength and range of motion with his recovering right leg.Tito Rabat is also relishing the prospect of tackling the anti-clockwise Sachsenring track, which features 10 left-hand turns and just three right corners.Rabat has powered his Honda RC213V machine to point scoring finishes in the two races since returning from a broken left collarbone injury.

Adding to Miller and Rabat’s optimism that they can head into the three-week summer break on the back of morale-boosting results is Honda’s impressive recent record at Sachsenring, which has seen the Japanese manufacturer undefeated at the German venue since 2009.

“Assen was like a dream come true for me but we now we have to focus on being as competitive as possible this weekend in Germany. It is not going to be an easy weekend but it is a track I like and I’ve had some success on in the past. The encouraging thing for us as well is the Honda seems to work well at this track, so we have good reason to be optimistic. I’ve definitely got a little bit of extra confidence after the win in Assen and I’m sure we can be strong again. We’ve made a lot of progress over the last four races, and with my leg getting better day-by-day, it has made a difficult job a little bit easier for me. Since Assen I’ve been able to get back on a motocross bike for the first time since I injured my leg in January and it felt good. The strength is not an issue but I still need to get a bit more motion back. That lack of movement is because I’ve still got a fair amount of metalwork in my leg but I was happy with how it went. Now I’ll continue working hard with my crew like always so hopefully we can experience a feeling like Assen again soon.”

“I am happy with my performances since coming back from my collarbone injury in Mugello. I struggled a lot in Montmelo but still scored points and I was lacking power in the changes of direction in Assen and still managed to ride very well. I am fully fit and prepared for Sachsenring now, which will end the opening half of my first MotoGP season. I have gained a lot of experience in the first races and it has been a case of learning as much as I can to help me be more competitive. I think the character of the track, the Honda and my riding style could be a good combination this weekend, so I am hoping to be fighting for my best result of the season so far.”

“Jack’s win at Assen was an unforgettable experience for the whole team, especially as Franco had secured us our first Moto2 podium of the season earlier in the day. But now we need to get back to work and focus on the next race in Germany. Sachsenring is a tricky circuit, but it’s a track where the factory Hondas went well last year and Jack and Tito head there after a confidence boosting outing at the Dutch TT. I know that they will be looking to end the first half of the season on a high and I’m confident that both will make another step forward with the bike this weekend.”
Marc VDS Racing Team Press Release 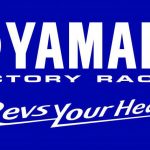 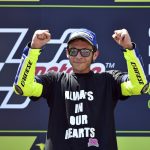