Marquez and Pedrosa at the Grand Prix of Qatar 2017

A brief, light rain shower fell just minutes before the planned MotoGP race time of 9 p.m., causing the GP start time and race distance to be changed twice. Finally, the lights went off at 9:45, following two warm-up laps that preceded a 20-lap race.

In the hectic moments preceding the race, Marc changed his front tyre on the grid, switching from a hard-front/medium-rear combination to a medium-medium spec. Dani kept his original choice of medium-medium, but both riders struggled with the front during the race.

After a good start, Marc fought hard for the second position for half of the race but finally had to settle for fourth, while Dani managed to hold off the attacks of Aleix Espargaro to finish in the top five. 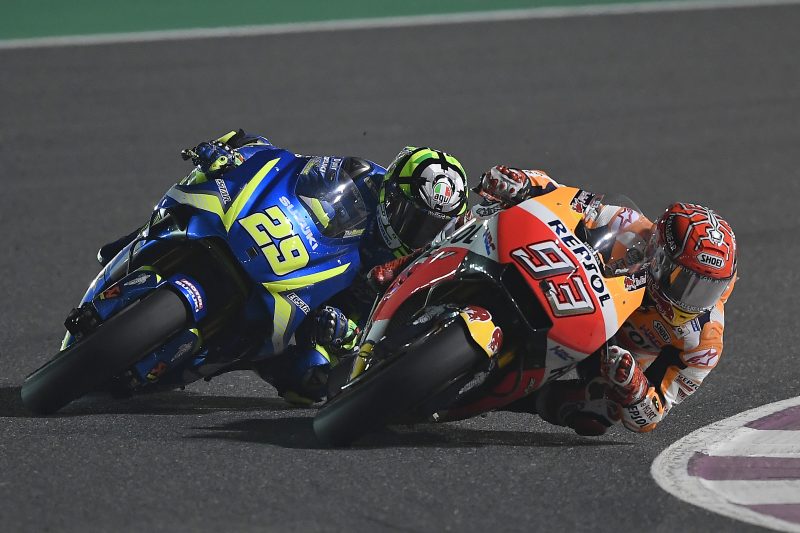 “We were aware that we struggle a bit at this track, but as always we kept a positive attitude, as we also knew that if everything was in place, we could have fought for the podium or even the victory. I think we worked well over the weekend, and we had everything clear for today. Our plan was to use the harder front compound, but the chaotic situation with the rain and the continuous delays created many doubts. In the end we decided to go with the medium front, aiming to reduce the risk of crashing, but this turned out to be our biggest mistake of the weekend. I struggled with the front the entire time; I couldn’t brake hard and after few laps the tyre was already wearing off. We continued to have some small issues with acceleration, but even so I had a good feeling with my bike. But with that tyre choice, I wasn’t able to gain on braking. That’s my strongest point, so I decided, okay let’s finish this race and Argentina will be another race.”

“It was a strange race from the beginning, due to these conditions with the rain and the delayed start. It was hard to remain focused during those moments. Then we did our best to manage the race, but we suffered a lot with the front tyre, which turned out to be too soft for us. We couldn’t push with the front and I think that all the Hondas had the same problems. Saving the tyre to make it last until the end was hard, and above all we weren’t able to push. Anyway, it’s just the first race; we must immediately concentrate on the next one, try to solve this issue and have a good race in Argentina.” 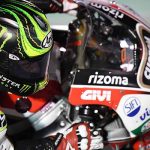 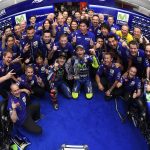