The premise is that there is not yet a public and official answer to the question posed in the title of this article. This does not mean that, for those of us involved in sports marketing, Jorge Lorenzo’s move to Honda HRC is however interesting for reasons of sponsorship, as well as sports.

Team sponsor and sponsor of the rider

A necessary clarification, before investigating the case in question, should be made on the difference between team sponsors and sponsor of the rider. In MotoGP (but also in other sports) there are several sports properties, or sponsorship subjects, which can coexist simultaneously. Riders and teams may have agreements with different companies as long as they belong to different product categories. It can, therefore, happen that a rider/driver has a sponsor who is not a sponsor of the team, and vice versa.

This is the case, for example, of Formula 1 driver Fernando Alonso, whose helmet and hat sport the Kimoa logo, a clothing and accessories company that does not appear on team-mate Stoffel Vandoorne‘s clothing. Or the many energy drink brands that populate the market and line up to enter the world of adrenaline sports.

The same happens in fact for Jorge Lorenzo, now a testimonial of the famous Monster Energy brand. Lorenzo, originally sponsored by Rockstar, swapped to the popular energy drink when the latter was brought to Yamaha by Valentino Rossi.

With Lorenzo to HRC, in addition to contracts to be honored, papers to be signed and hands to be shaken, there is certainly to resolve the Monster-Red Bull issue of sponsorship. Marquez’s squad and the rider himself have a long agreement with Red Bull, which in this case is both a team sponsor and the young champion’s. Lorenzo, on the other hand, carries the Monster Energy insignia: an impossible coexistence between the two main rivals of the same sector.

Let’s start by saying that what is certain is that the two brands will not coexist and that next year we will not see the big green M on Lorenzo’s helmet and the Red Bull logo on Marquez’s helmet.

Entering the field of speculations, the first thing to say is that the Red Bull sponsorship of the Repsol Honda team will be expiring at the end of this season. Officially entering the team in 2016, the Austrian drink is now at the end of its two-year contract with the manufacturer and, at the moment, it does not seem to have renewed their agreement yet. Sure, the Marquez sponsorship needs to be resolved, but Monster Energy could identify a gap to try and hit a big one, proposing itself as an official sponsor of Honda HRC and “forcing” the rider of Cervera to change drink.

The move is not impossible but certainly would require a substantial investment by Monster that, at the same time, sees the end of the historical Team Tech3 sponsorship in a few months and that therefore could have more budgeting room.

If that shot landed, for the Californian drink it would almost certainly be a guaranteed success: they would become the brand of possibly the stronger duo in the history of motorcycle racing and of the current world champion team.

On the other hand, it’s difficult to think that Red Bull will be watching. In fact, it is possible that Dietrich Mateschitz’s brand seeks a further relaunch in the upgrading of the KTM MotoGP Team, which with Red Bull shares the geographical origins and numerous other partnerships in other disciplines.

It is enough to observe the grandeur of the Red Bull-Ktm hospitality in the paddock to understand that the most popular energy drink in the world has no desire to leave the World Championship. It’s more likely, also, that the Austrian bull feels there ain’t much room for growth on Marquez and Pedrosa’s Hondas, which fairings have largely been dominated in the past twenty years by the Repsol brand. Possible (even if we are always in the field of conjecture) that Red Bull would rather invest on a young and hopeful team like KTM where visibility spaces are aplenty.

Certainly, all these arguments have already been made and solved by Alberto Puig, Hector Martin, Albert Valera and the marketing fellows of Red Bull and Monster. We’ll see what will come out of it. There’s another silly season in town, and it’s only just begun.

If you want to talk about sponsorship you can always reach us at info@rtrsports.com 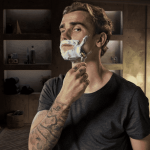 Leveraging on sponsorship: how to use image rights in communicationSport Sponsorship, Sports Marketing 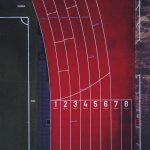