After the stage set in Aragon, we might have begun to question whether the MotoGP World Championship is already over… and it’s easy to answer that yes, it may very well be.

We all know that MotoGP by its nature is unpredictable, but at this point in the year, it does look as though the title might already have been decided. The fall of Jorge Lorenzo adds a piece to the mosaic that Aragon’s victor, Marc Marquez, appears to have been preparing for since the beginning of the season.

Marquez, AKA MM93, is going through a period of total grace – and his trance-like state of composure is evidently well supported by his Honda RC213V. Although the Japanese bike might not technically be the best, it is certainly enough to win races for the moment – six for Marquez alone.

The MotoGP Championship 2018 might appear to be wrapped up, then – but fortunately we are still unlikely to see a boring show for the rest of the season.

Dorna has succeeded, thanks to its right to produce the shortest grid ever, with guarantees of multiple overtakes and twists. The Michelin tires must be managed, and often the riders are forced to limit themselves until the end of the race, meaning that the lucky spectators at the finish line are inevitably caught up in the action until the very last minute.

Looking ahead, then, what can be foreseen for MotoGP 2019? Will Yamaha, KTM and Aprilia succeed in recovering the gap that separates them from Ducati and Honda? Will Suzuki finally guarantee Alex Rins and Joan Mir a prototype that is constantly able to fight for the top positions?

We’ll see. One thing that is certain, though, is that if we compare the teams of next season – considering only the number of victories – it is unlikely that we will see a huge change in fortunes.

Lorenzo’s post-race accusations to Marquez after the Aragon MotoGP could, of course, mess up the cards on the table – even before the end of the current MotoGP Championship. Inevitable clutches between two champions with a common goal of winning, the simmering internal rivalry, and the shadow cast post-Aragon could add a little pepper to a duel that promises to be stellar.

A final note is necessary on the Yamaha case

At the time of writing, the brand faces the longest famine of victories in its recent history. It certainly feels like a long time since the iconic manufacturer rose to the top step of the podium.

The position of Valentino Rossi and Maverick Vinales in the rankings, respectively third and fifth, does not reflect the issue presented when racing with a bike that offers enormous difficulties in the use of tires and has little engine compared to the competition.

It remains to be seen whether the Japanese engineers have an ace up their sleeve for 2019 – and whether they’ll restore one of the greatest icons of the MotoGP World Championship to where it rightfully belongs.

If yu want to talk sponsorship do not hesitate to contact us at info@rtrsports.com 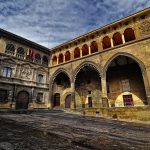 Where to stay, eat and spectate at the Aragon Grand PrixMotor Racing, Motorsports 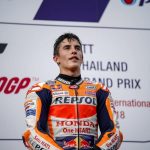