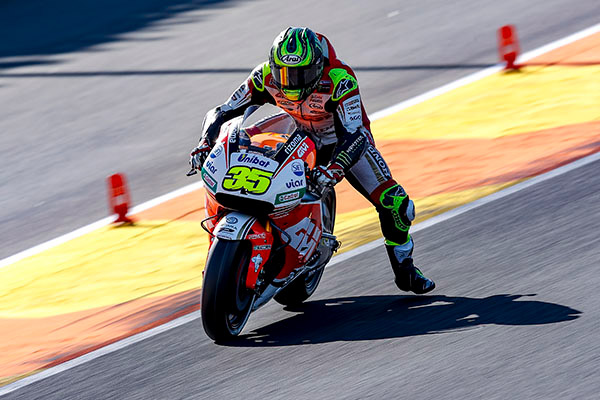 The 2016 MotoGP season finally came to a close for the LCR Honda Team and two-time race winner Cal Crutchlow, as they completed a last day of testing at the Valencia circuit in Spain.

With all of next year’s field out on track beginning their work for 2017, the British rider ended the session as the seventh fastest rider of the two-day test, setting a best lap of 1’30.709.

After his excellent performances this year, Cal Crutchlow has been tasked with helping the factory riders in developing the 2017 RC213V, testing a standard and evolution version of the new Honda power unit.

A red flag for a crash had halted testing in the morning until track barriers were repaired, but once given a green light, he ran back-to-back race simulations on the two variants. With a few tweaks to test electronics settings, Crutchlow and his crew were satisfied with the work done, and next return to track for testing in the new year, at the Sepang circuit in February.

“We did most of the plan that we wanted to do. I was pleased enough with regards to the settings on the bike. As you know we tried the newer spec engine, but in the end there are positives and negatives and we will give this information to Honda. I think Honda is doing a good job because I don’t think it’s easy at the moment to understand the best direction to go. We will let them know our feelings, and then we will go from there.”